This Emerson Special was given a new liner and sweatband at BSHW. The original sweatband can be seen atop this page (post #22). 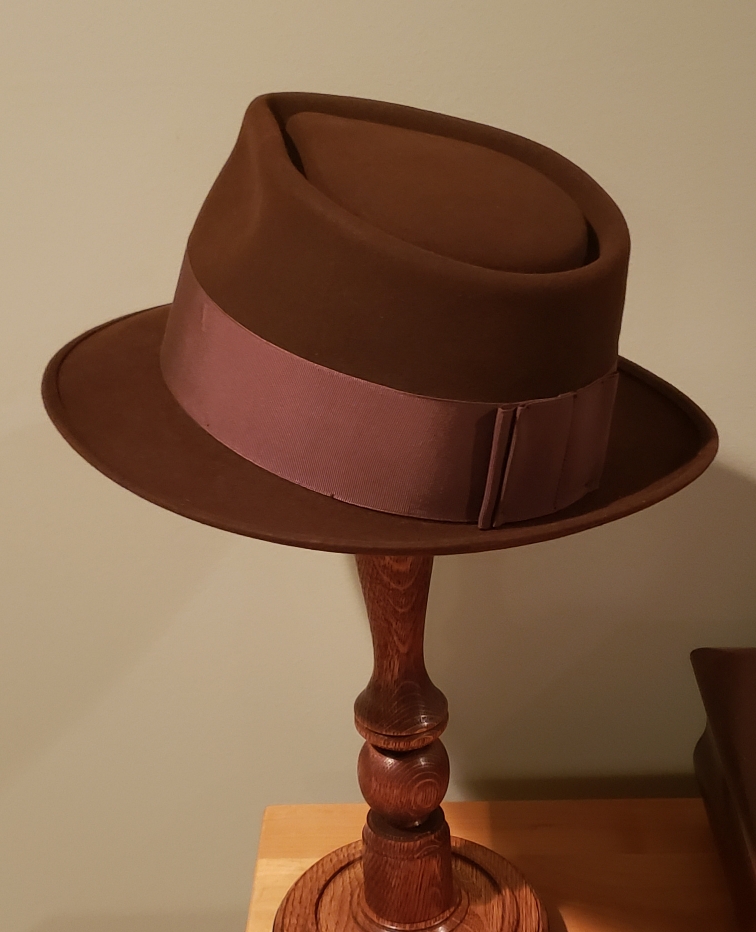 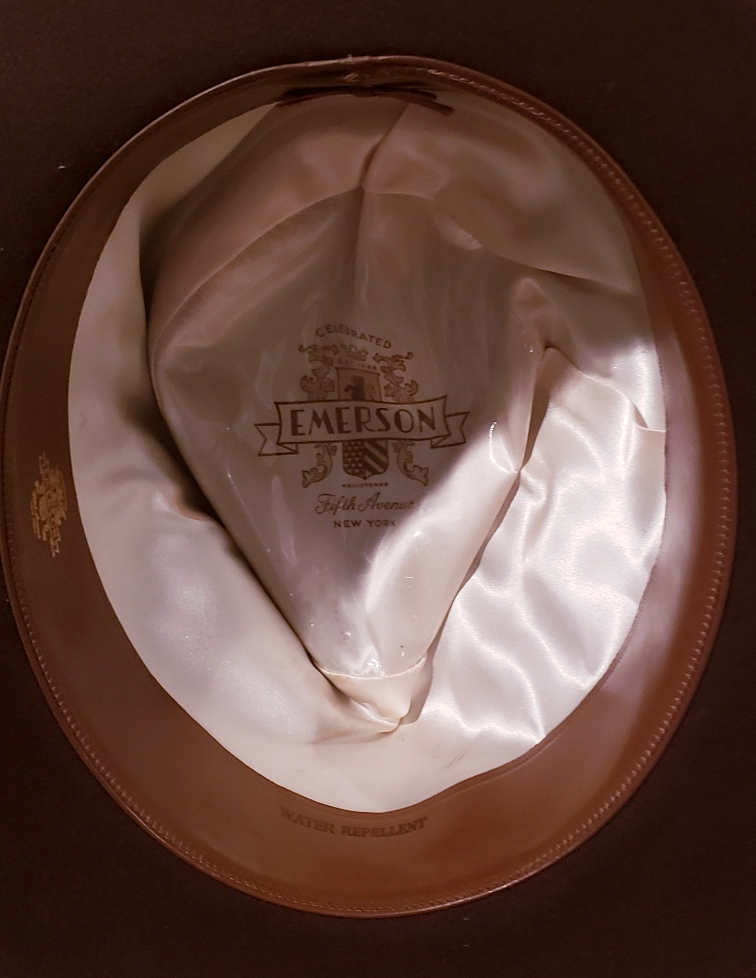 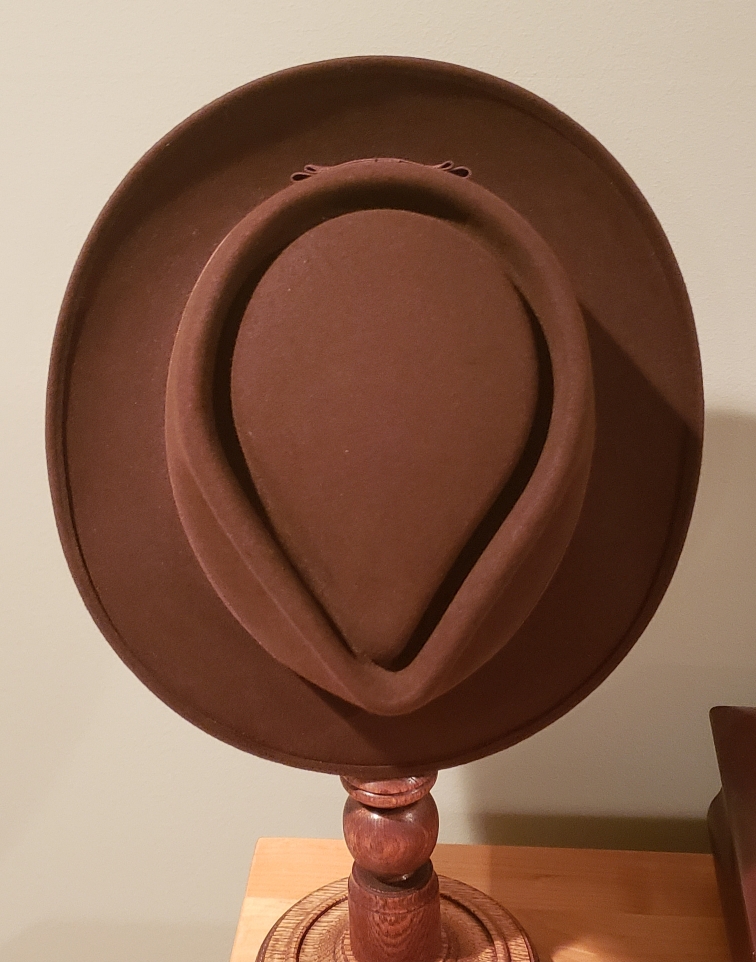 Sent from my SM-N960U using Tapatalk

A couple of years ago I got this Emerson Fedora obviously from "Chepstow" who sold it at ebay. This was the first Fedora I encountered, that instantly looked like the 30s to me - so I bought it. As the pictures at the beginning of the thread are deleted, I post the same hat again. I think it's worth it.

It has an unreeded sweat band and is fully lined with nice silk. The brim is 6,3cm, the crown just over 10cm, the hat band 4,2cm. Size 7.

The United Hatters label says after 1934, right? Does anybody have another hint towards the production date? What does "depth D" mean? I will post an Emerson Homburg next, that has "depth F"... 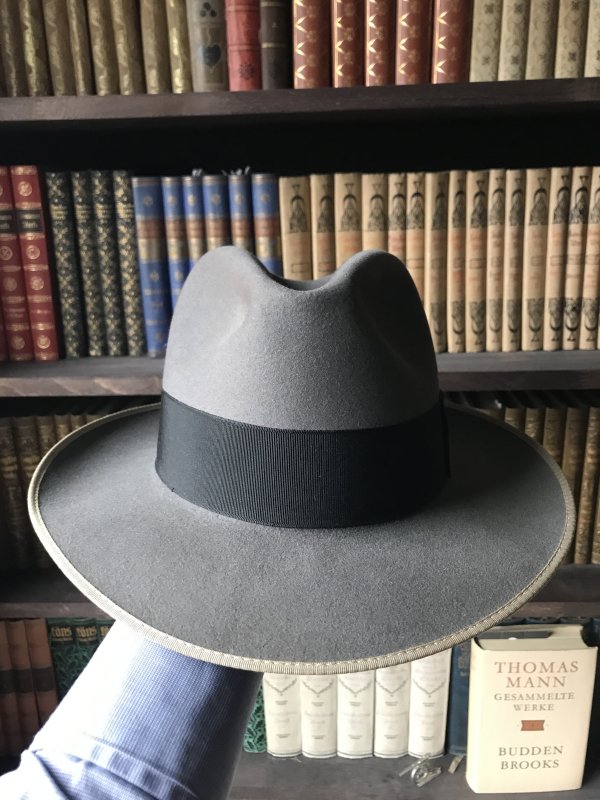 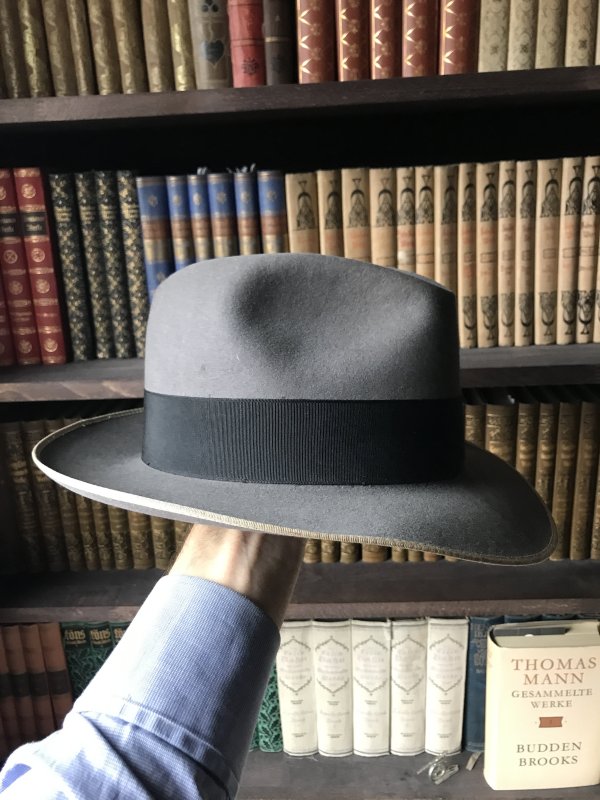 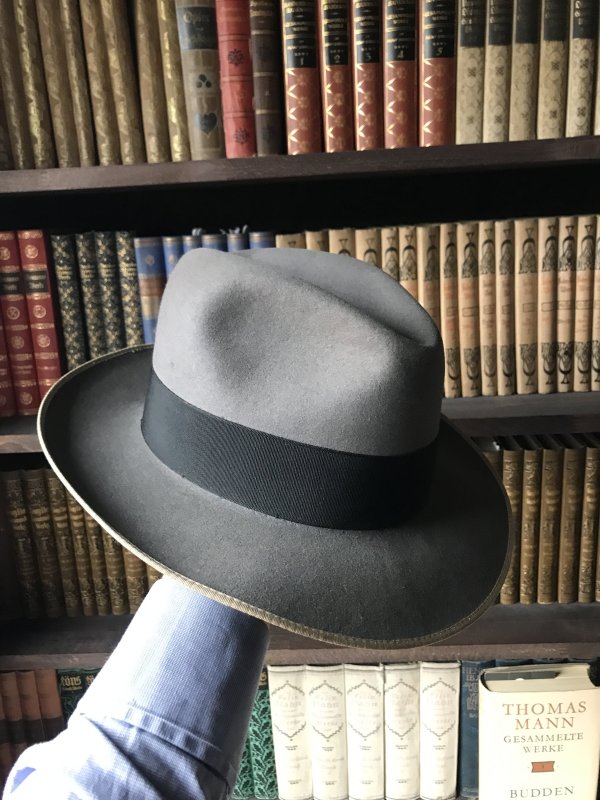 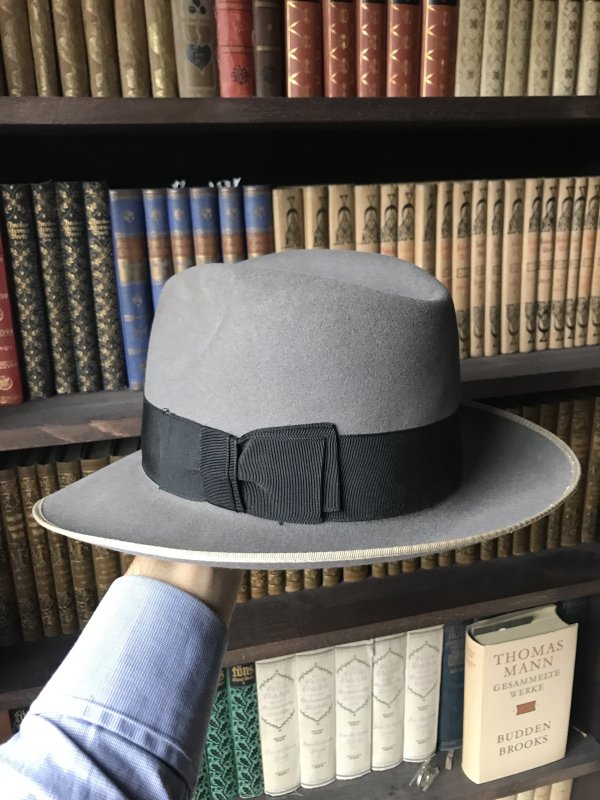 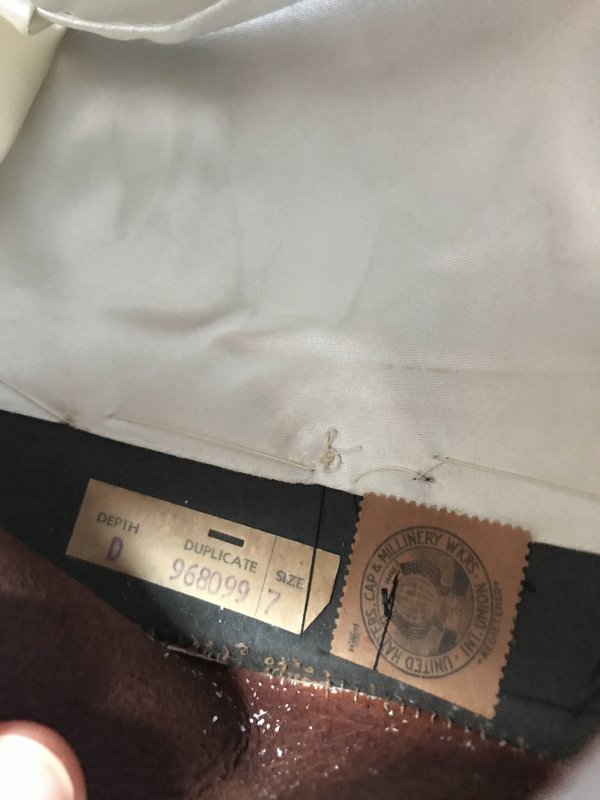 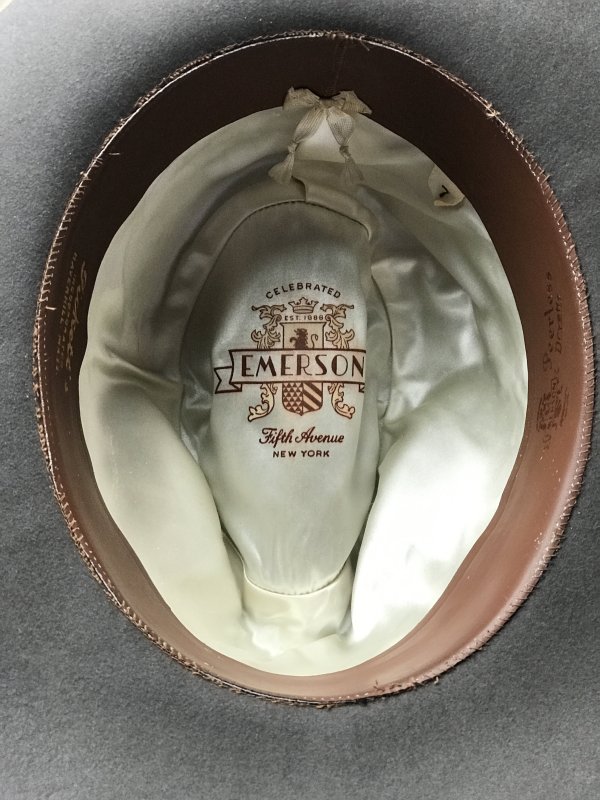 About a year later I encountered this Emerson Homburg (offered as a top hat : ). It's a size 7 1/8 or 57 (silver tag with red letters, not attached anymore).

The overall workmanship is identical to the Fedora Emerson above. Both sweat bands are unreeded, it's the same liner with the same logos. But the center part here is covered with some celluloid. The crown is very high, 11cm to the dent. Brim 6,5cm front. Hat band is 5cm. I did a little bit of bashing and gave the brim some curvature.

Interestingly behind the sweatband there's a price: $10,00. Does anybody have an Emerson ad where the price of a Homburger is stated? I only found one from 1937 with a Fedora and a Homburg shown and three prices: 4$, 5$, 7.50$. I assumed that the Homburg is the most expensive and fed an inflation calculator with 7.50$ in 1937. It said, that 10$ were reached in 1945/46. This would roughly date this Homburg. As the Fedora above lacks the celluloid, I guess it's earlier, maybe just before the war? 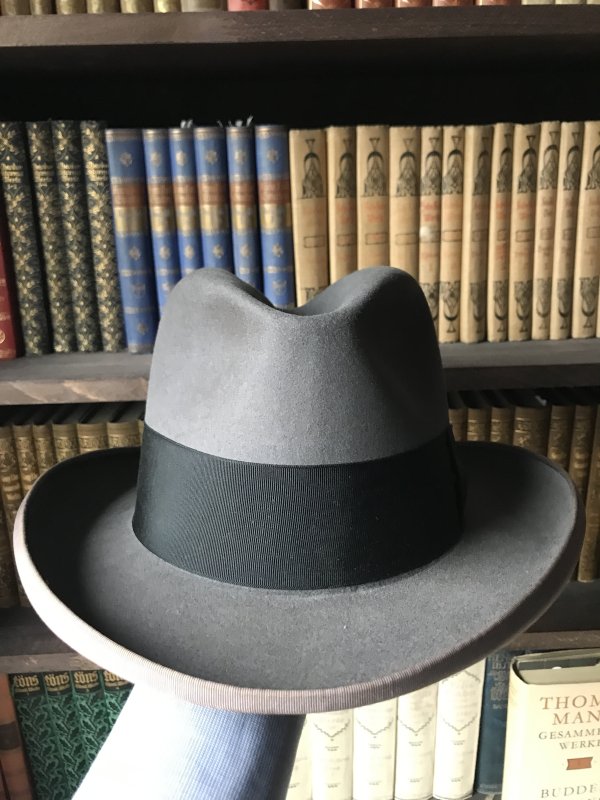 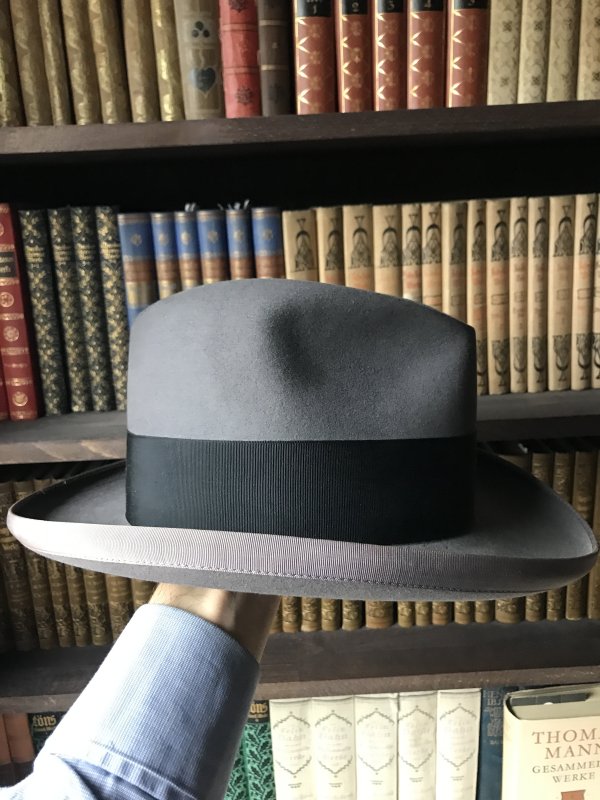 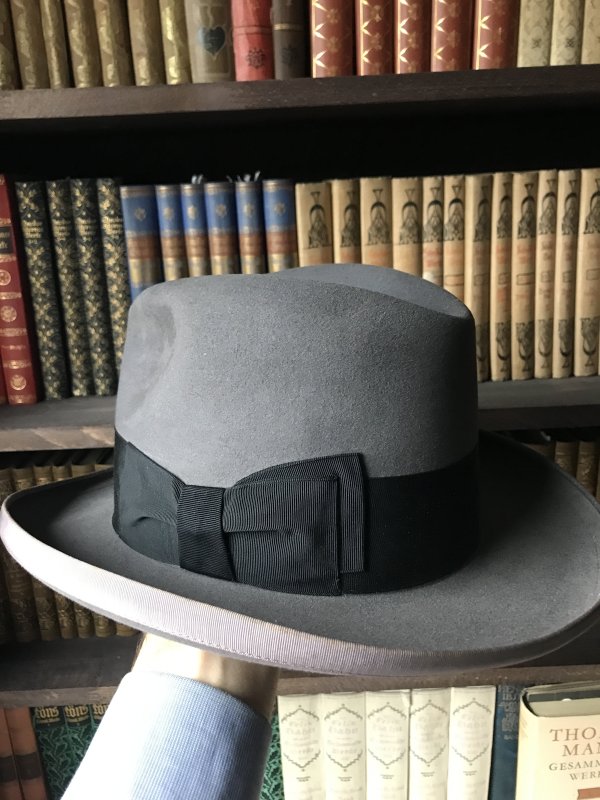 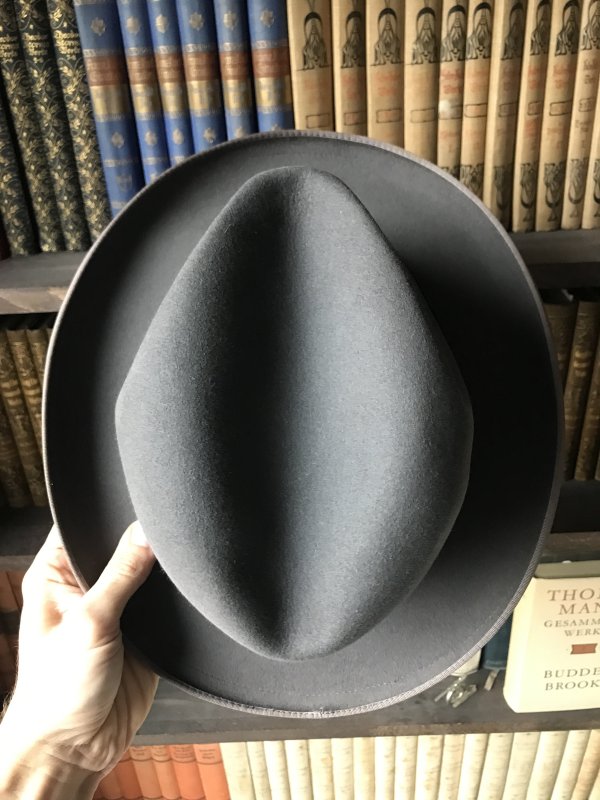 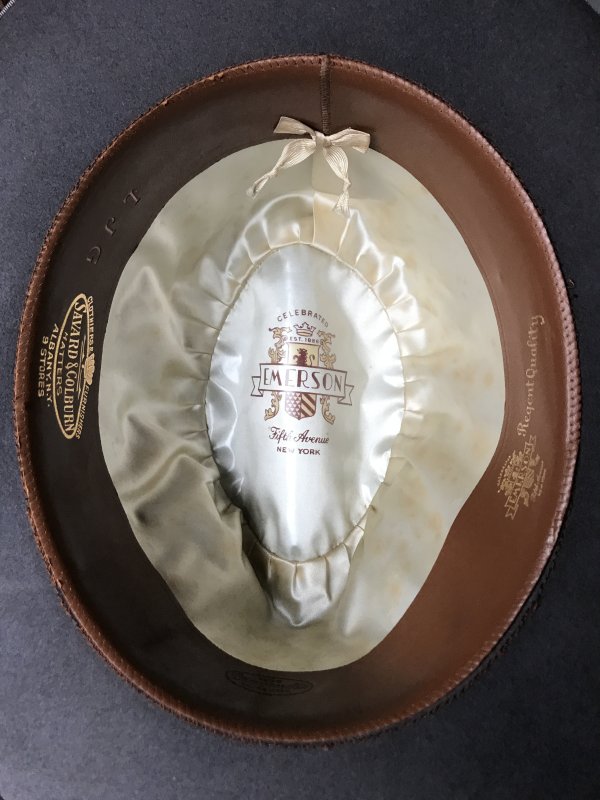 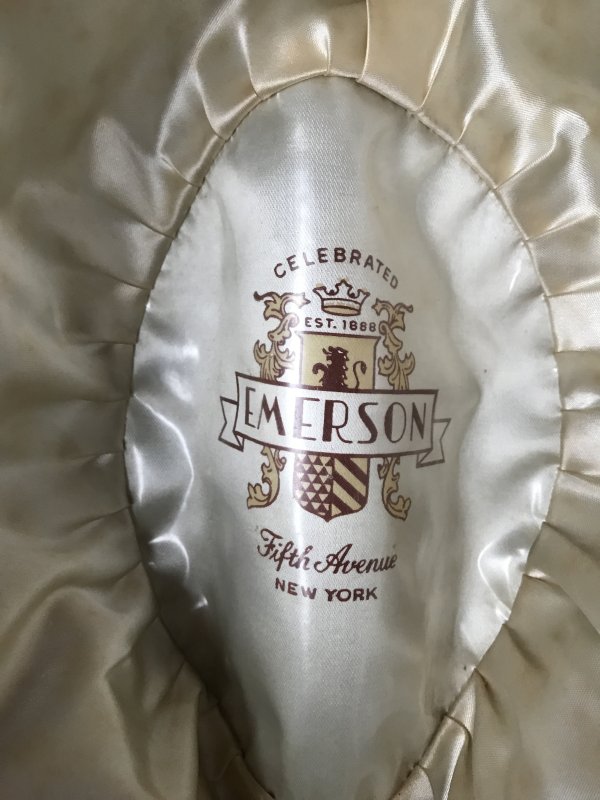 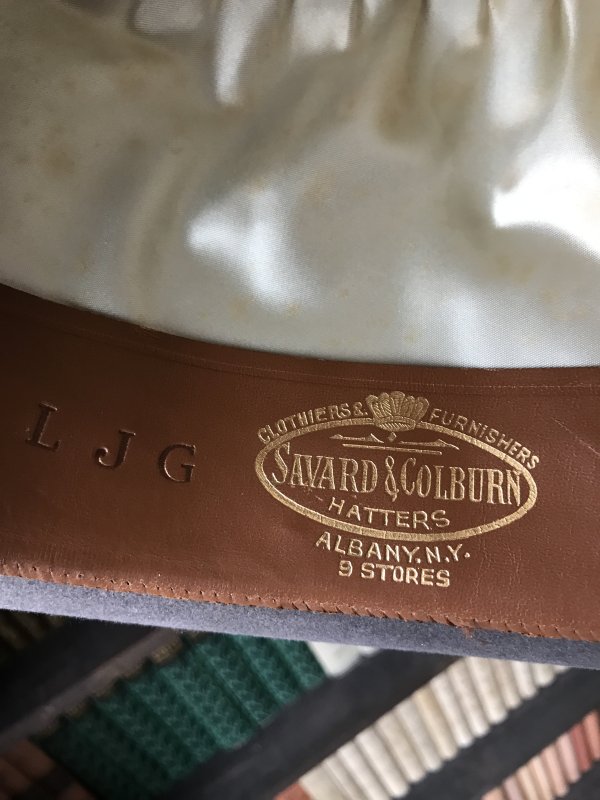 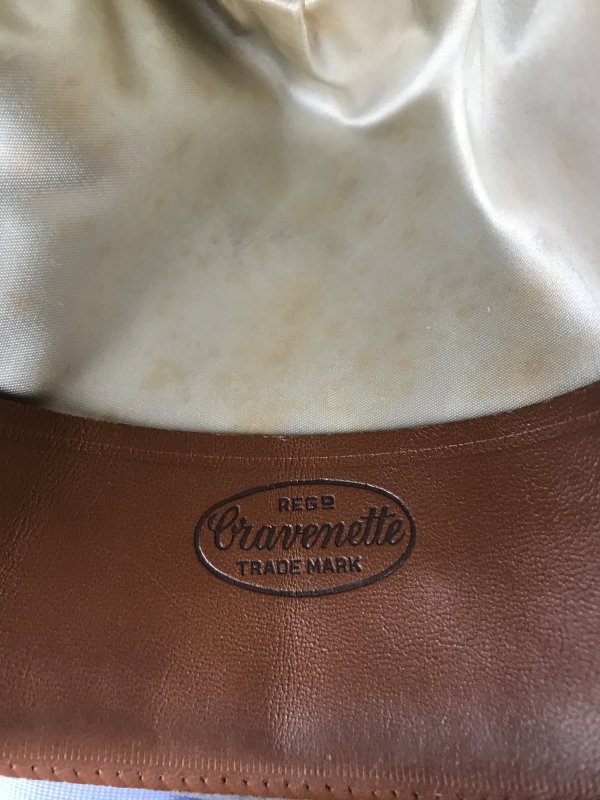 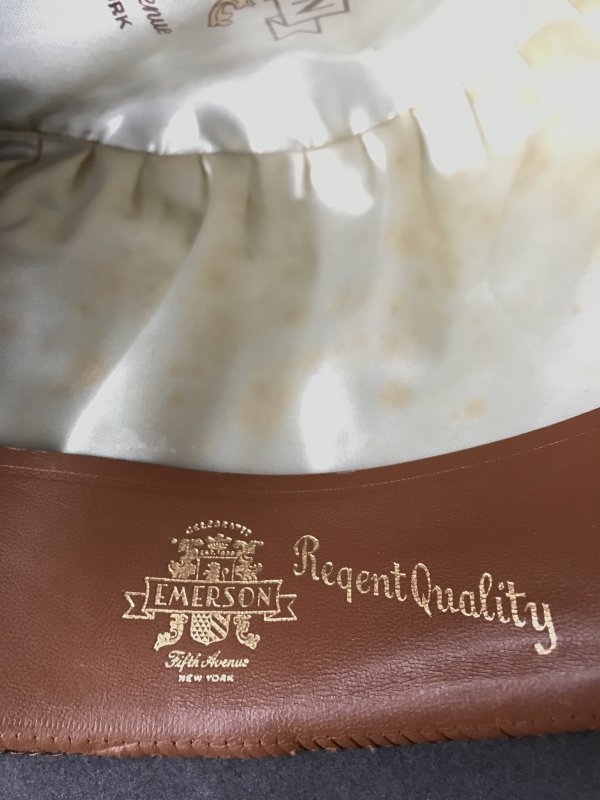 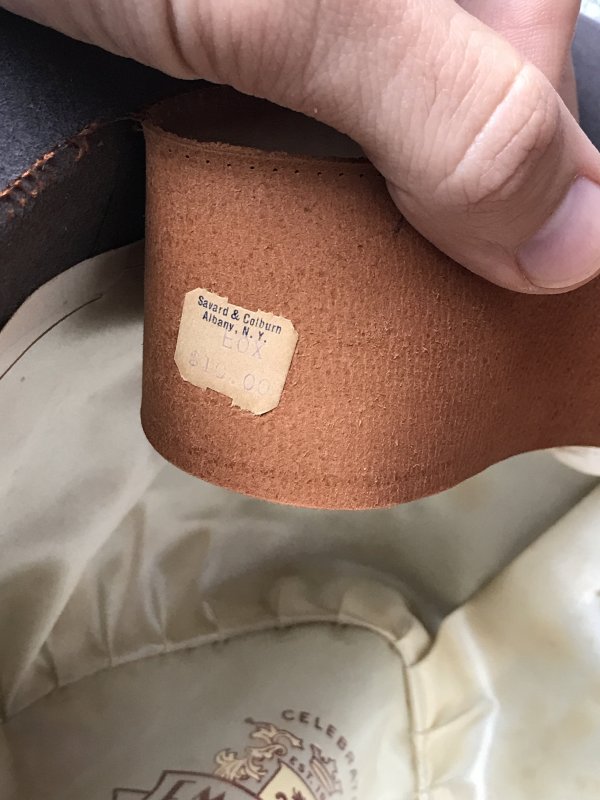