Footwear to go with our jackets

I used to love wearing Palladium Canvas Boots, but then had lost sight of them for a few years. This summer, the time has come again. 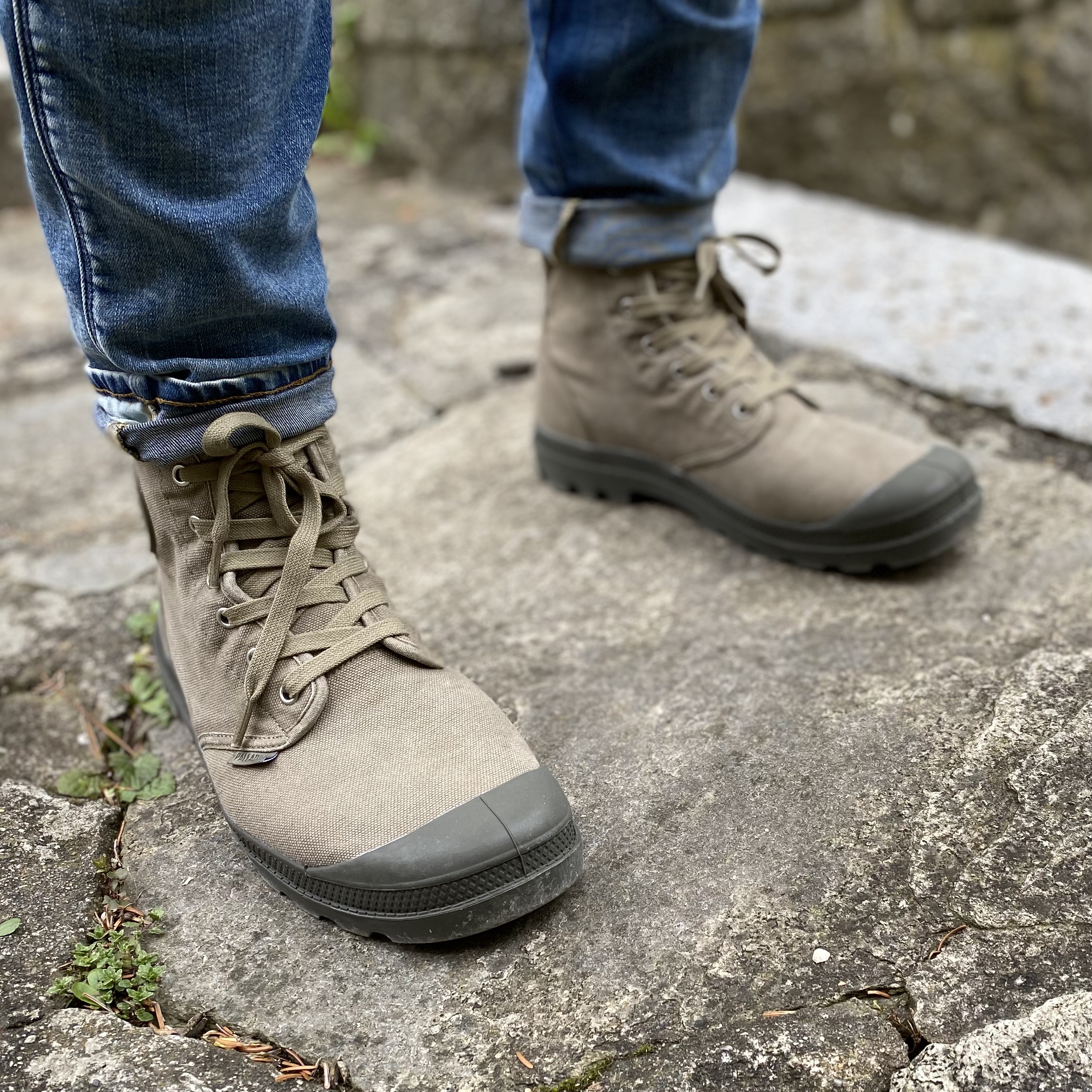 When it rains it pours…boots apparently.

Both of these arrived yesterday. 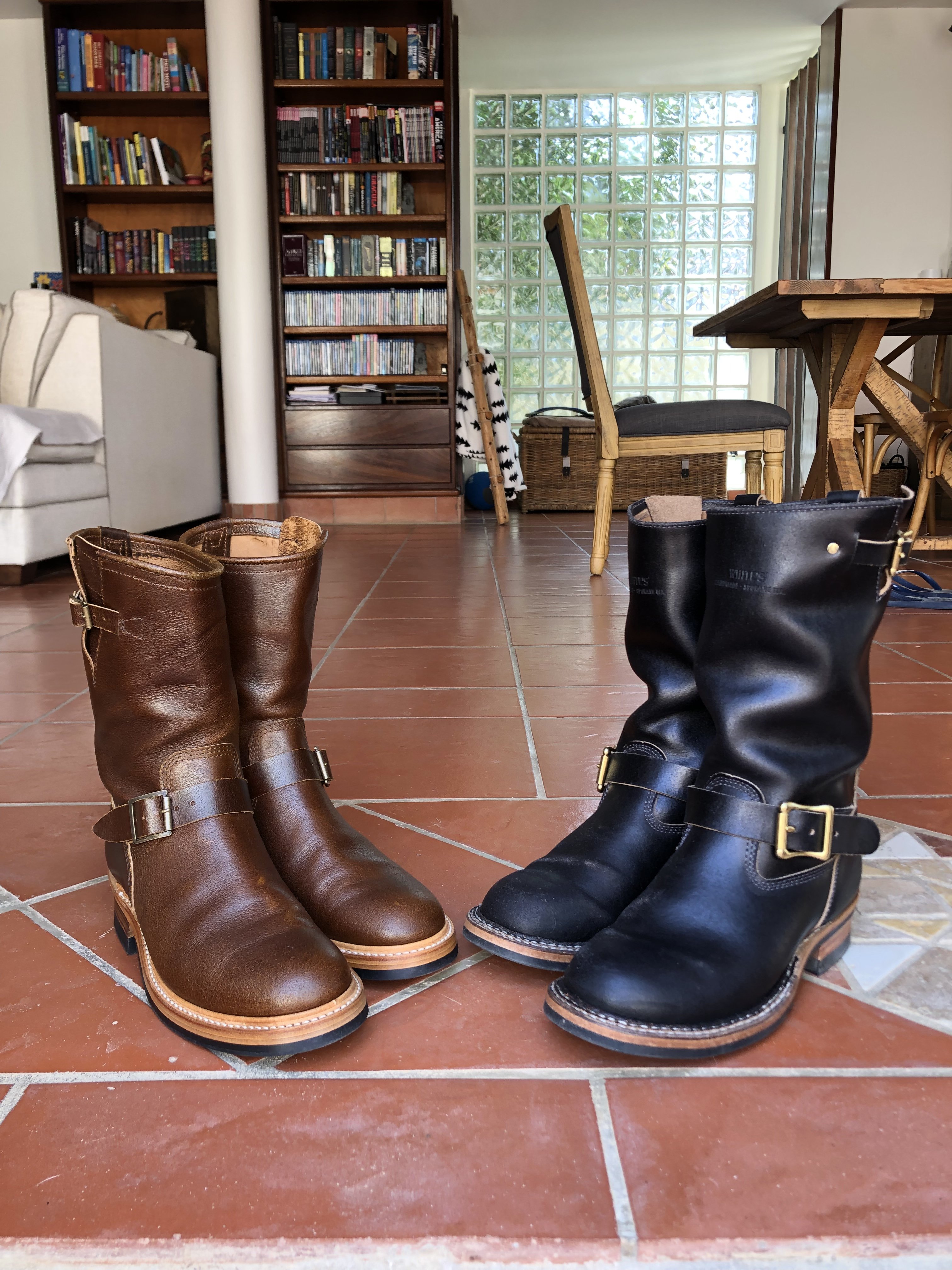 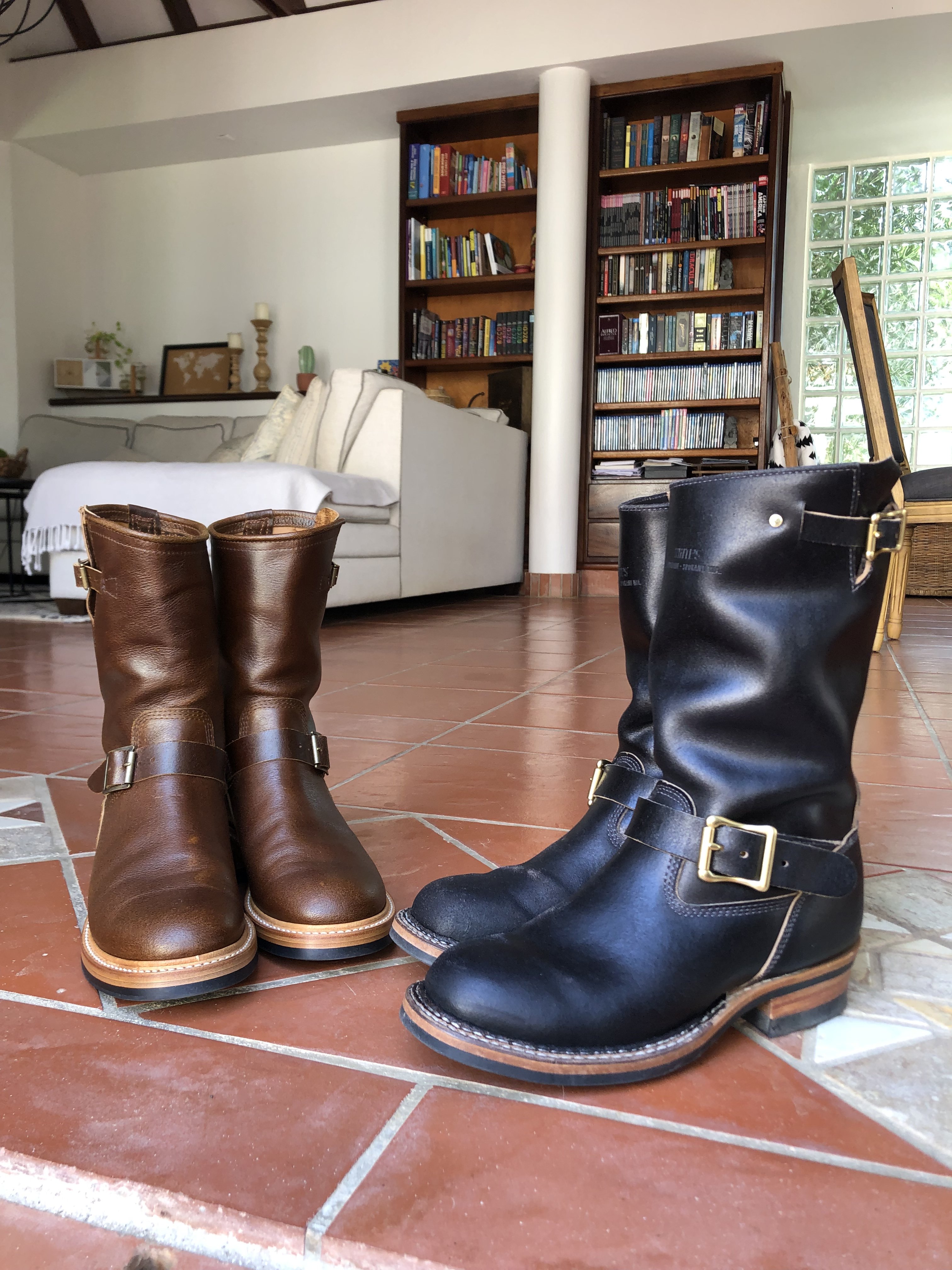 The Horween SFH Havana horsehide is pretty insane looking. I love it. 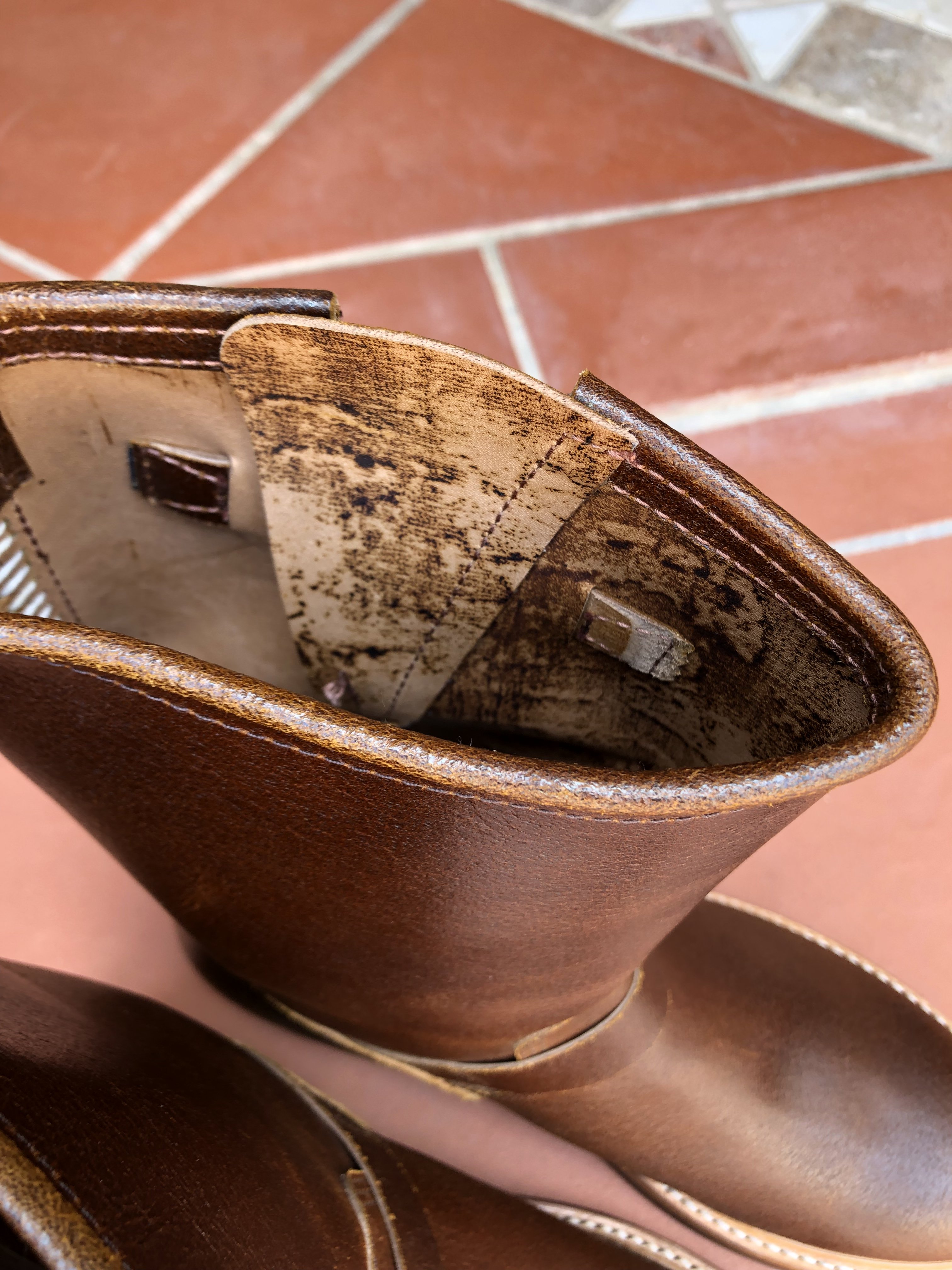 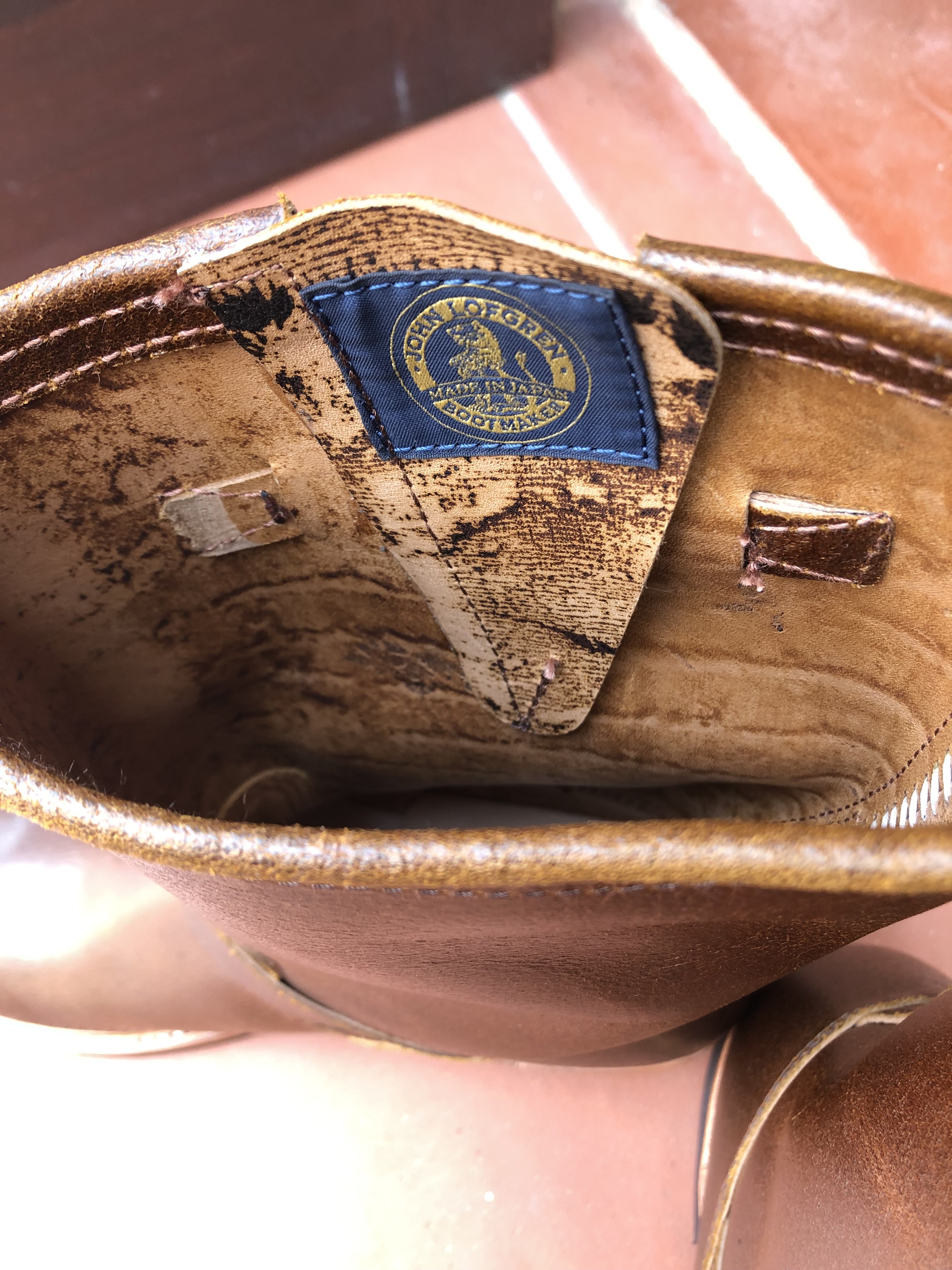 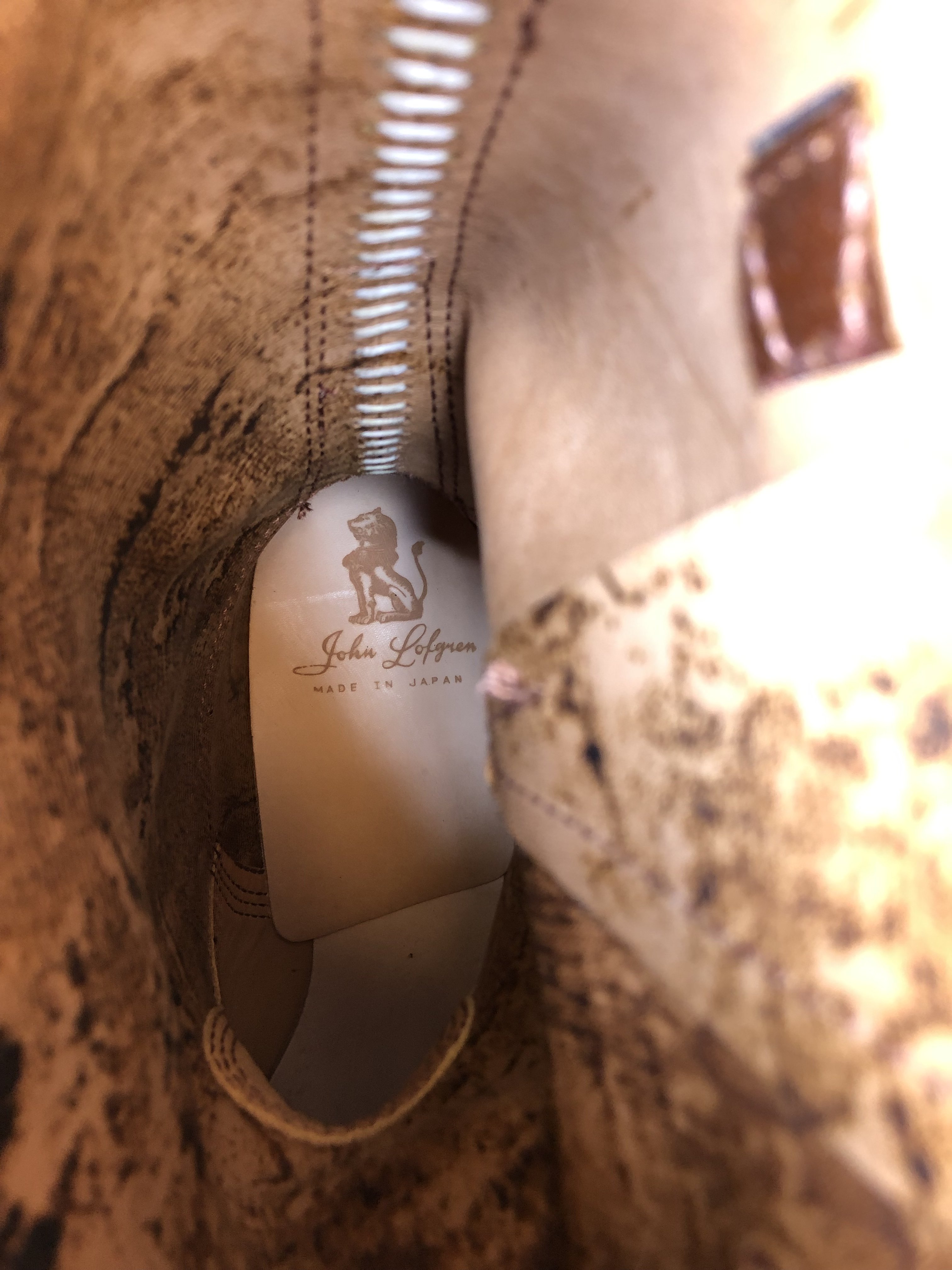 The Whites Nomad had me really worried at first when my foot slid in with absolutely no trouble at all and the straps were down to the shortest holes. I thought initially I was going to have to return these. The shaft is wider than the Lofgrens I am used to by a good margin. However, the footbed itself fits nicely and it’s a very comfortable boot requiring zero break-in. The black waxed flesh is something I really wanted in an engineer and it looks great so far. As these have creased, the creases in the shaft have actually helped to secure my foot better than when they were brand new, even if there is still more heel slip than I would prefer and am used to. I’m going to actually punch a new hole in the straps which will snug them up a bit, as even on the last hole the strap doesn’t sit tight on the shaft. You have to have the largest, fattest leg and instep in the world in order to use anything other than the last hole with the way the strap currently is. Whites needs to add a hole or two more or move the current holes over a bit IMO. Easy fix for me though and these will be keepers after all. 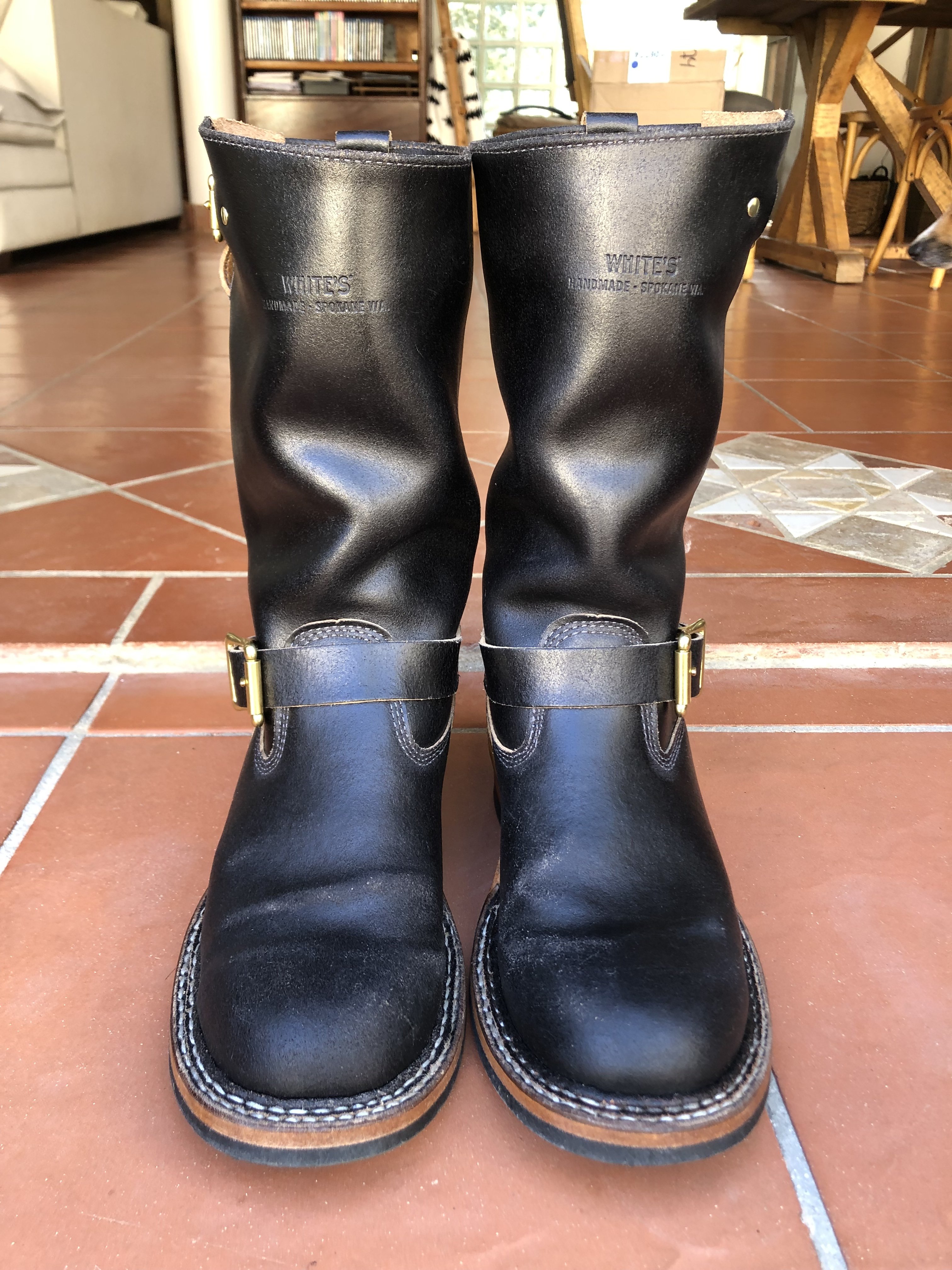 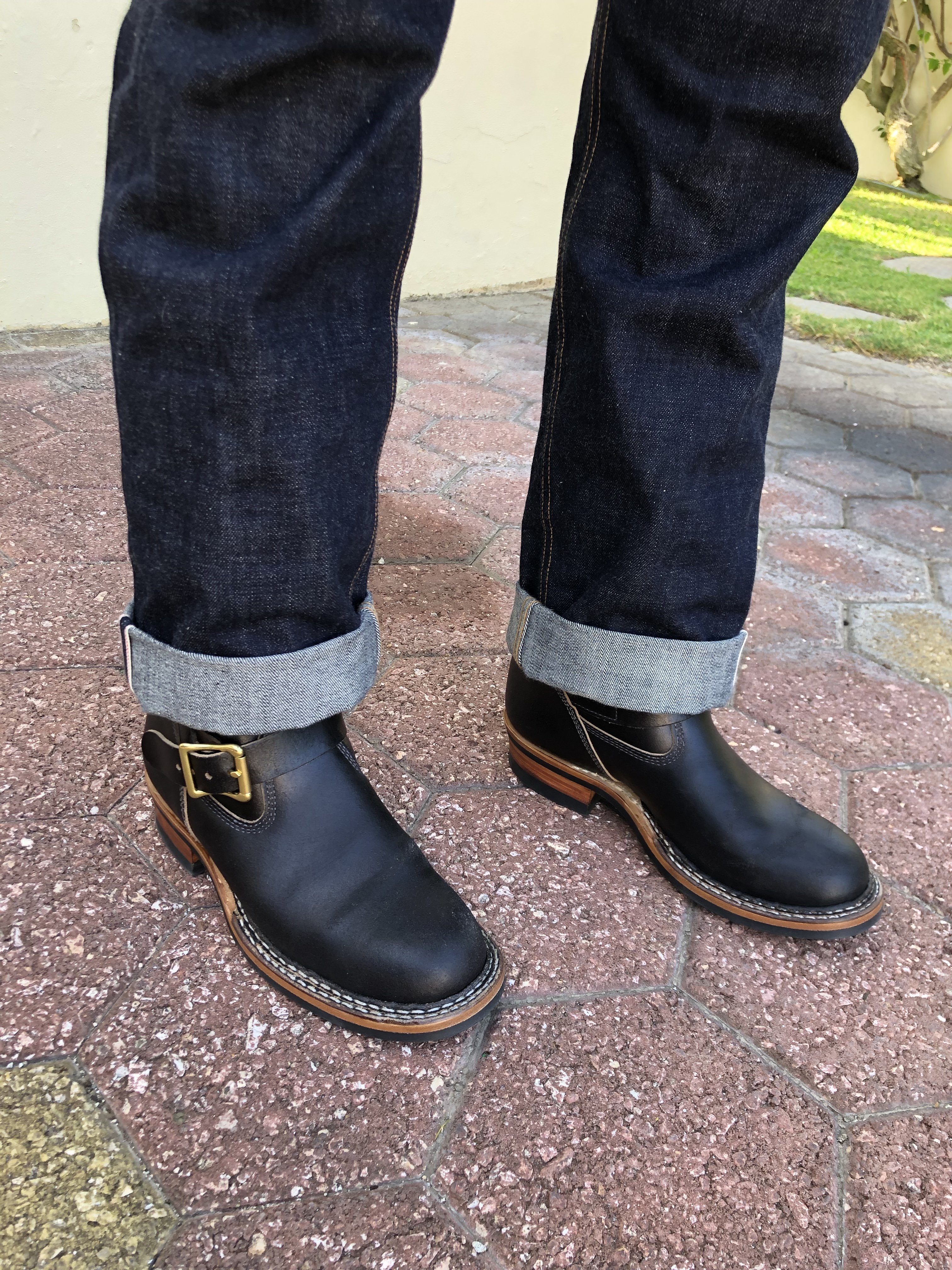 Heck of a week!

Those Whites look awesome. Too bad for be about the fit. I need a low instep and narrow shaft. Haven’t found an engineer that works for me yet. Strangely I have 2 pair of Ropers that do not have a strap and they fit perfectly.
J

I’m always surprised to hear that most guys only go down 1/2 size in length and up a width in Whites. I size down 1 full size and go true width and they still have a lot of volume that I have to fill with an insole. 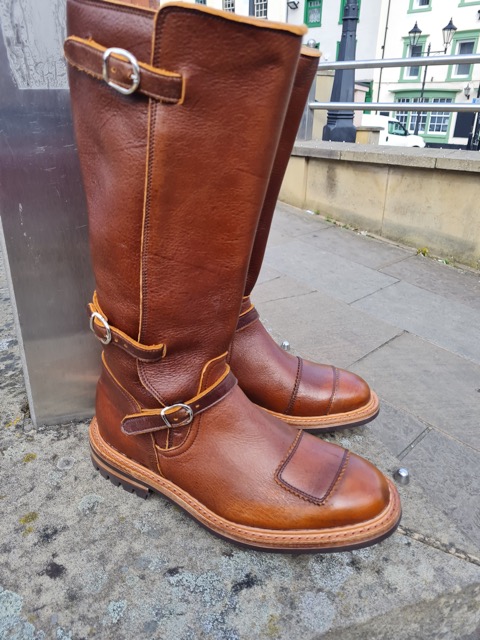 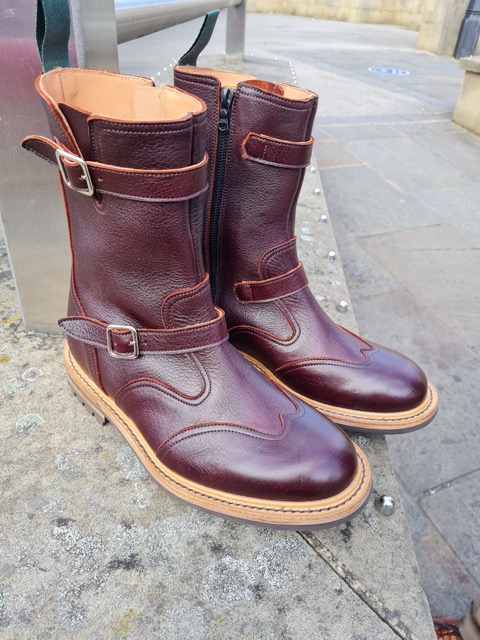 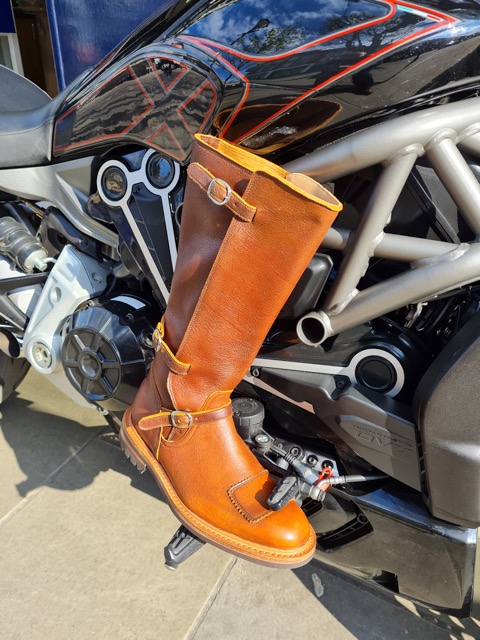 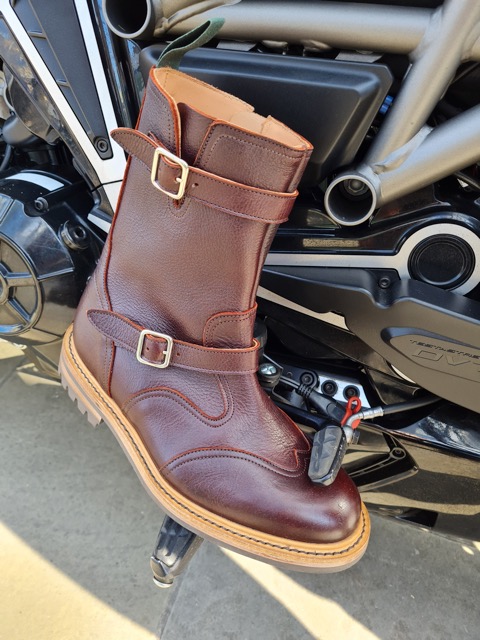 Major upgrades from what I've got now. Can't wait...

Those are both really cool!
R

Wow these look really cool! Didn't know Trickers made custom boots such as these! How was the ordering process?

red devil said:
Wow these look really cool! Didn't know Trickers made custom boots such as these! How was the ordering process?
Click to expand...

Shoe Healer custom order limited runs of boots/shoes that you can’t normally get.

red devil said:
Wow these look really cool! Didn't know Trickers made custom boots such as these! How was the ordering process?
Click to expand...

These were MTO through Shoe Healer. They are very knowledgable in their Trickers so ordering was smooth. MTO price almost double the regular retail but less than half of Bespoke.
From what I see on Tricker's Japan (Aoyama) store instagram, they run promos to waive the MTO fees certain times per year. Then it would just be regular retail which is a steal for the quality imo.
I was looking for a pair of leather puttees but somehow ended up doing these.
R

Thanks, I will be paying attention to their MTOs! 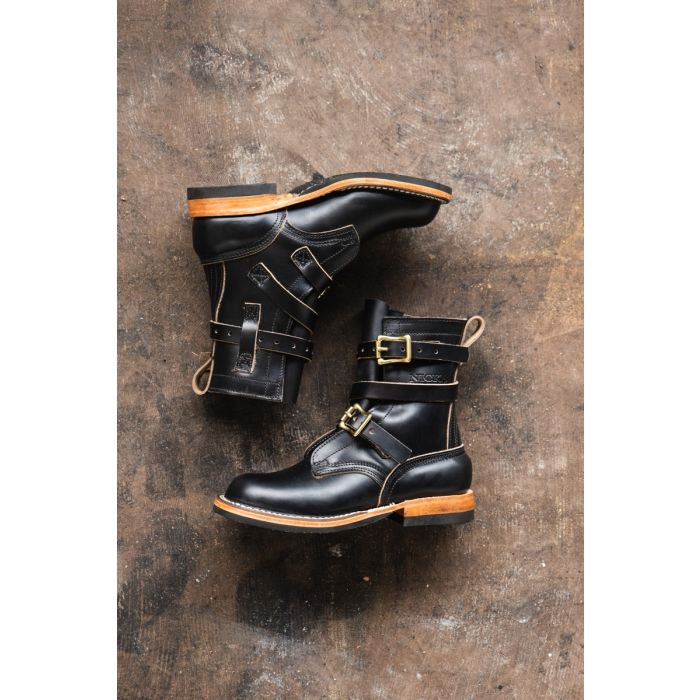 These limited edition tankers from Nick's are half the price of the Eastman/Lofgrens. Ultimately, I decided to just save my nickels for the Lofgrens that I really want!

These limited edition tankers from Nick's are half the price of the Eastman/Lofgrens. Ultimately, I decided to just save my nickels for the Lofgrens that I really want!
Click to expand... 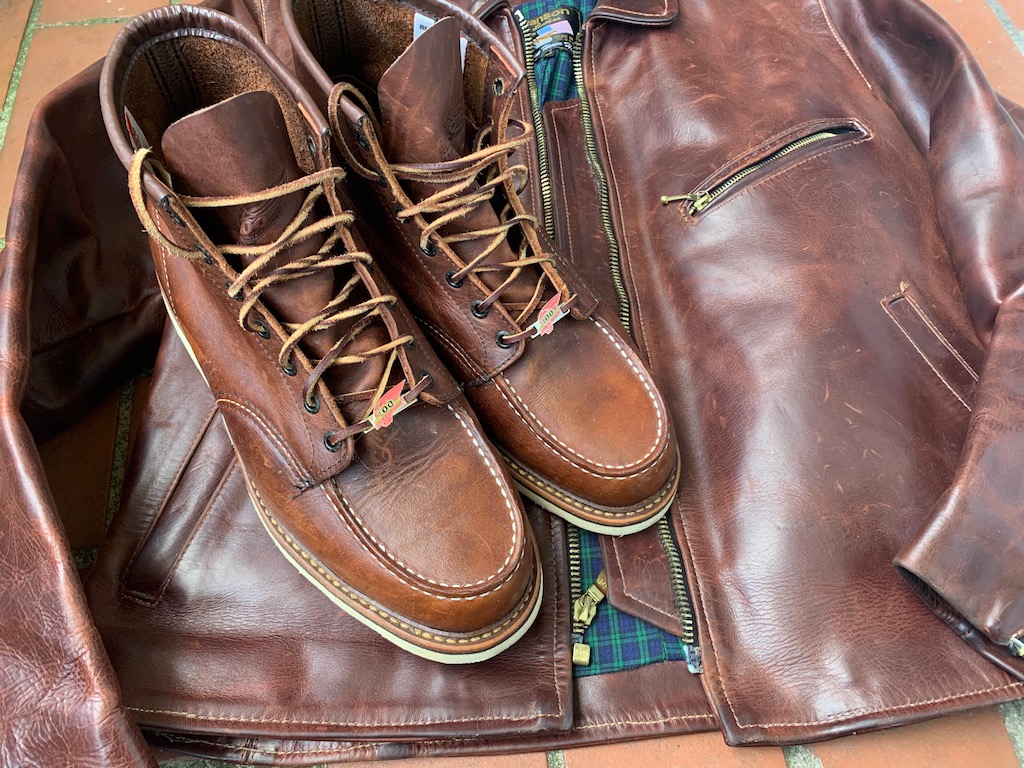 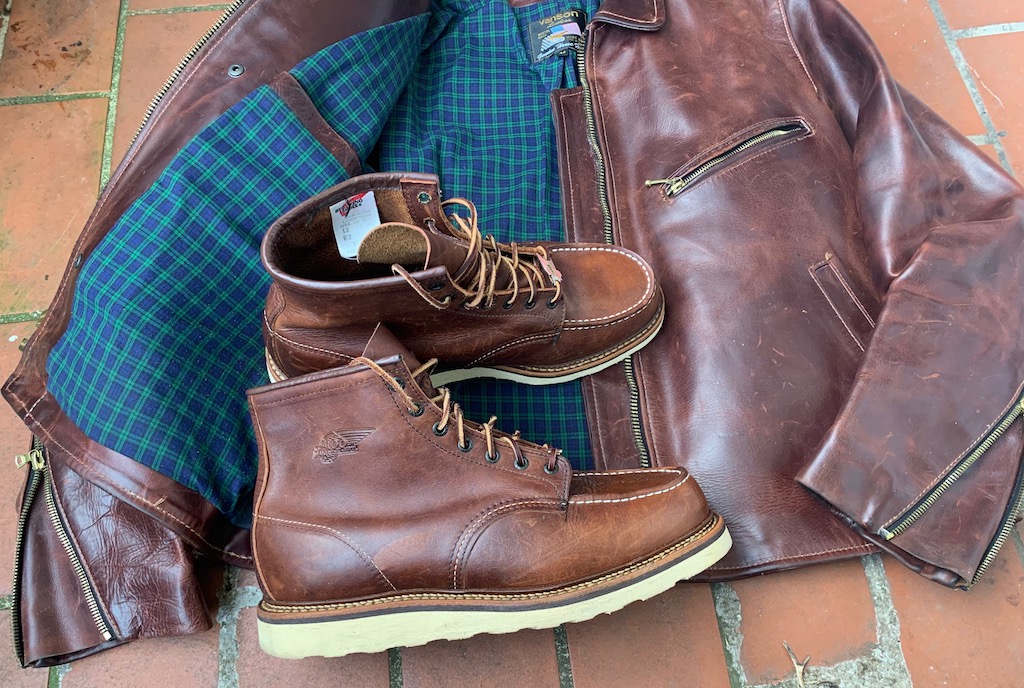 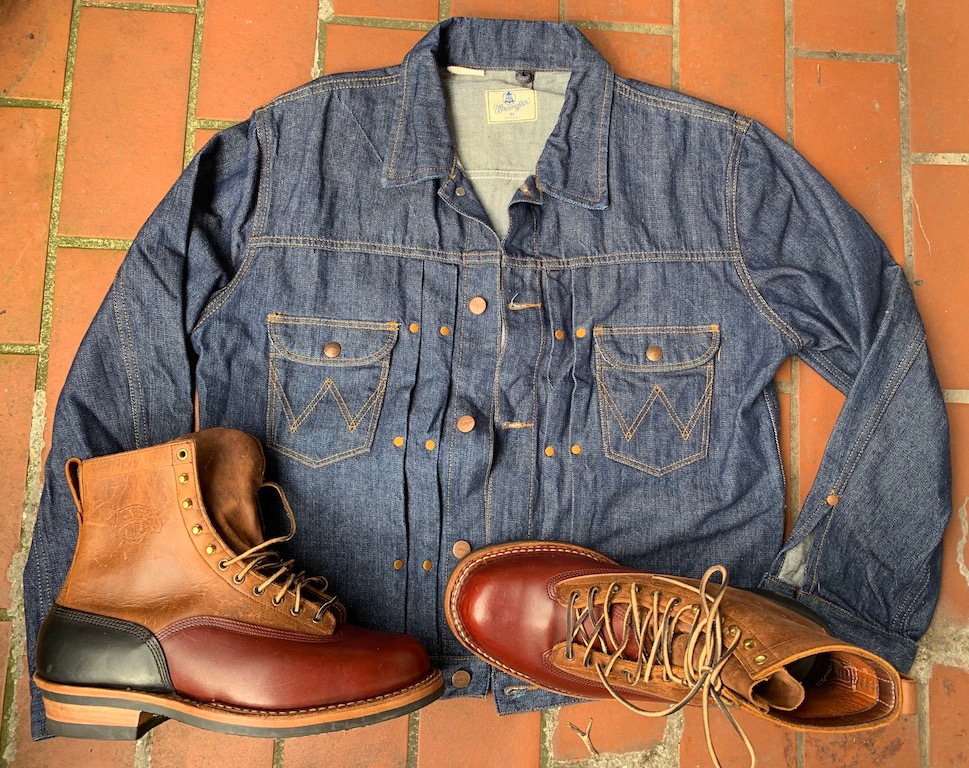 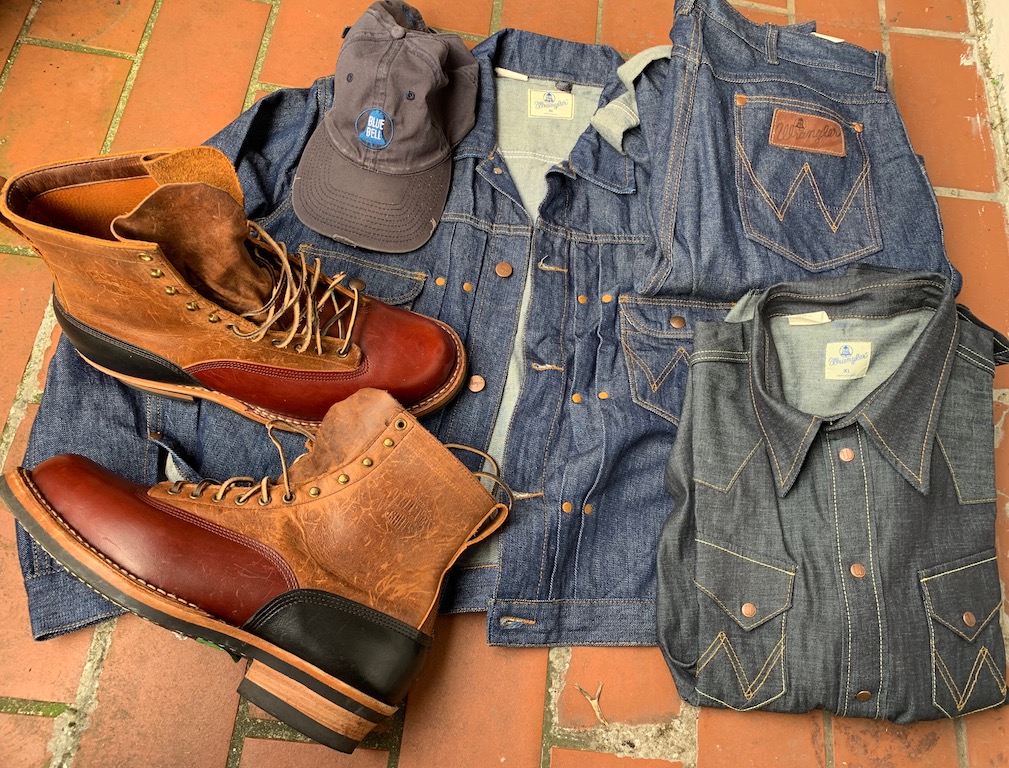 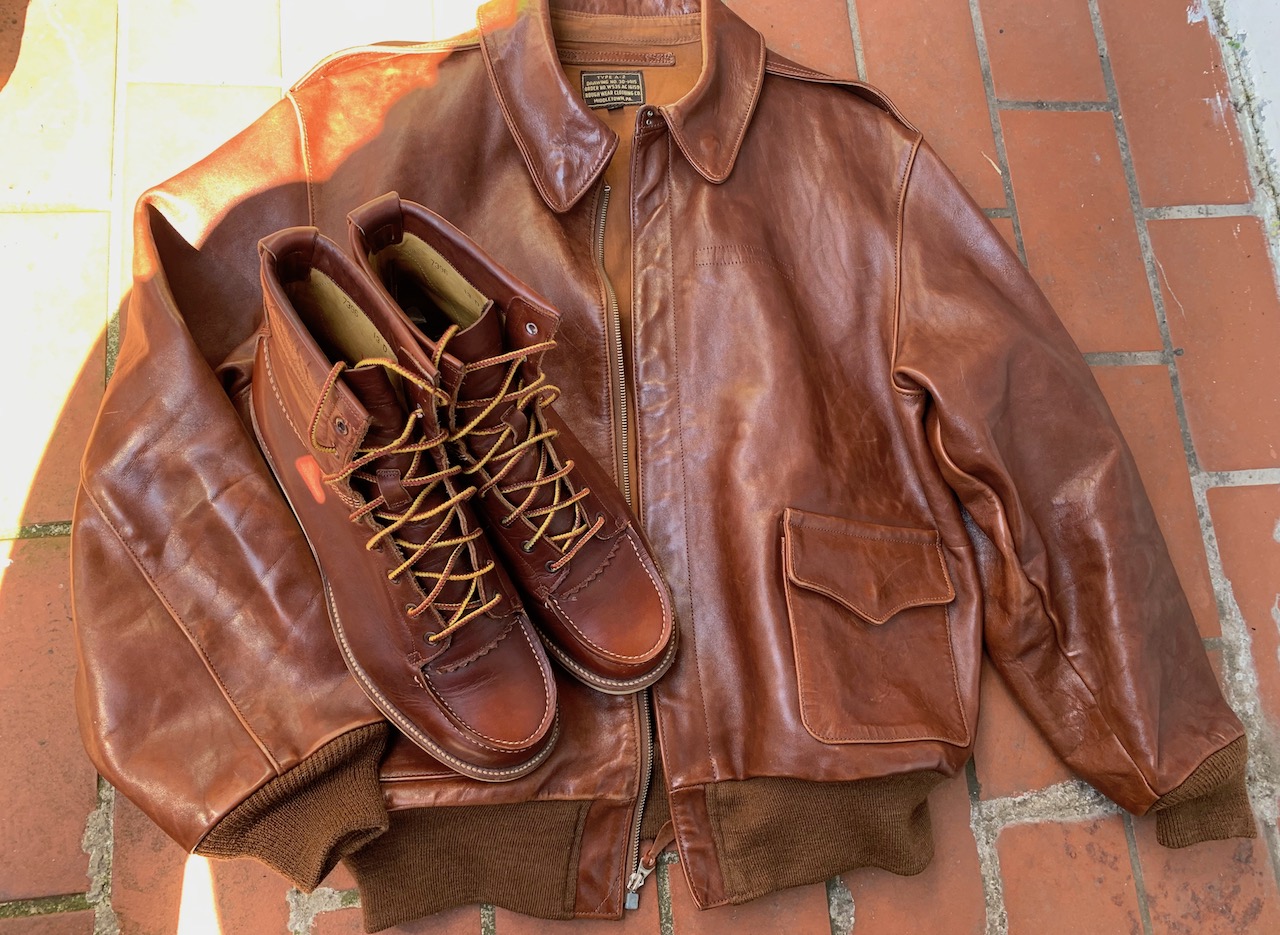 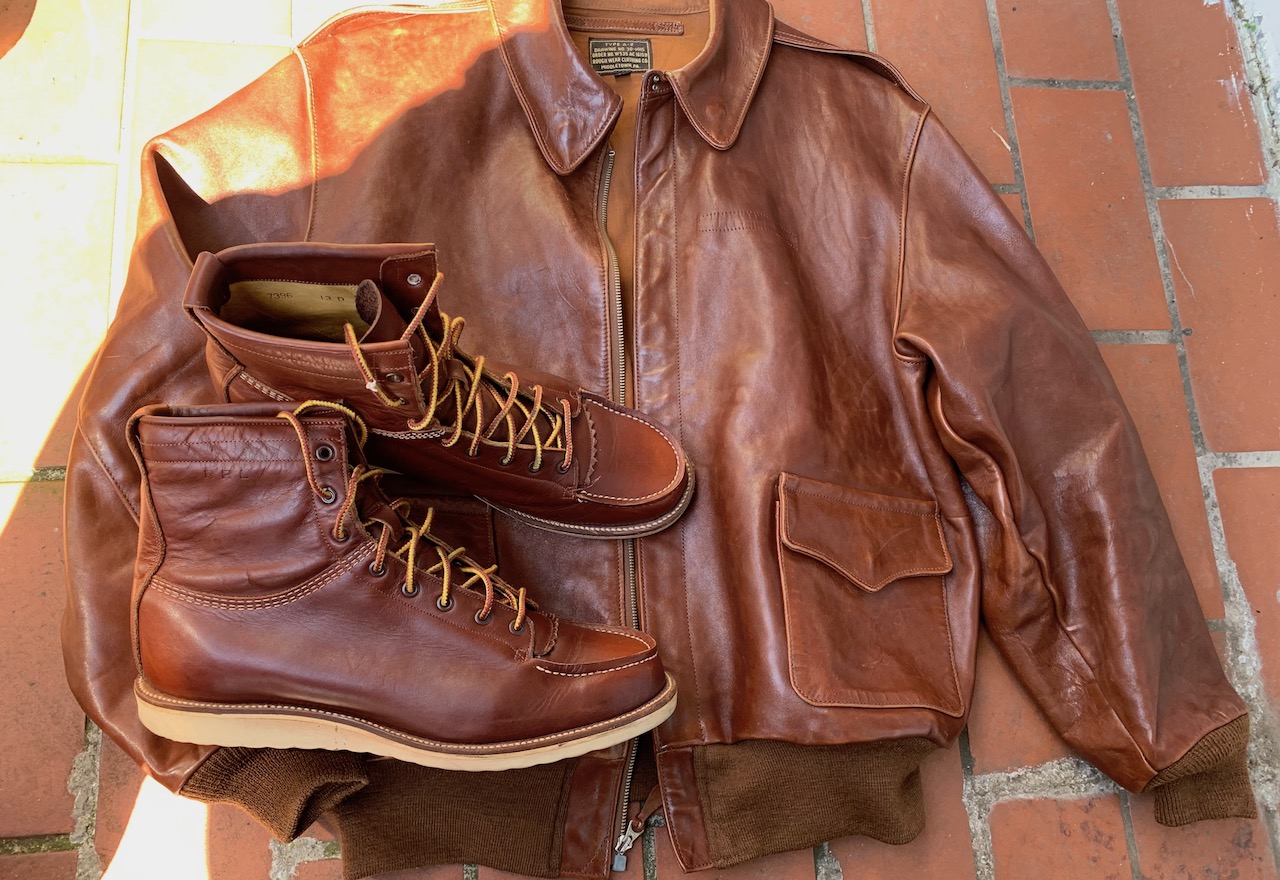