What a party it must have been! If time travel were possible, I wouldn’t mind going back to Paris on August 25th 1944. My wife and I will certainly mark this anniversary with a nice bottle of French wine. Viva la Liberation!

Anyone else planning to raise a glass to the city of light?
Last edited: Aug 25, 2018

Tiki Tom said:
What a party it must have been! If time travel were possible, I wouldn’t mind going back to Paris on August 25th 1944.
Click to expand...

You can take a quick peep through The Lounge Time Capsule: 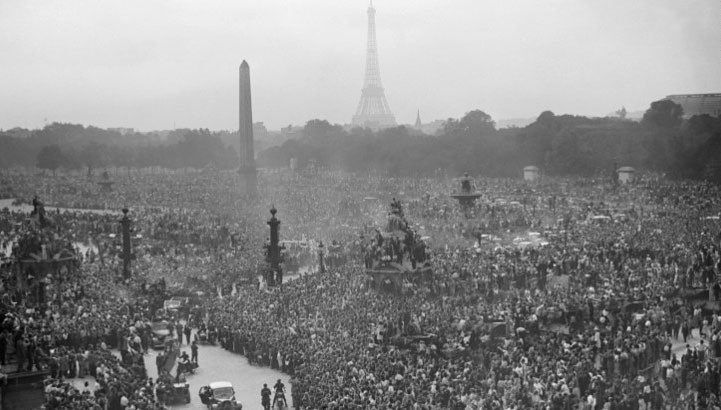 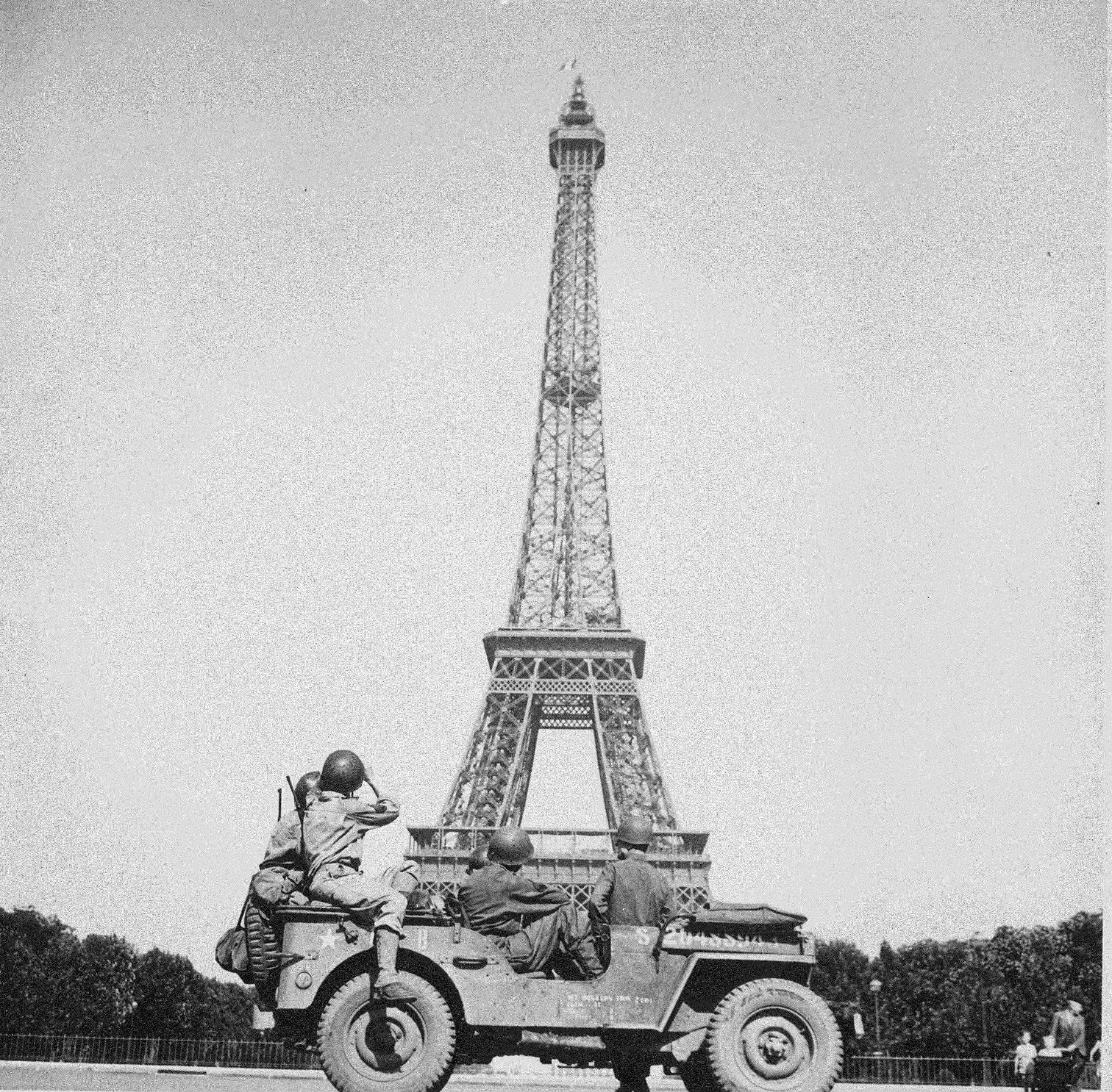 Members of the US Army’s 4th Infantry Division sightseeing in Paris, France, Aug 25, 1944 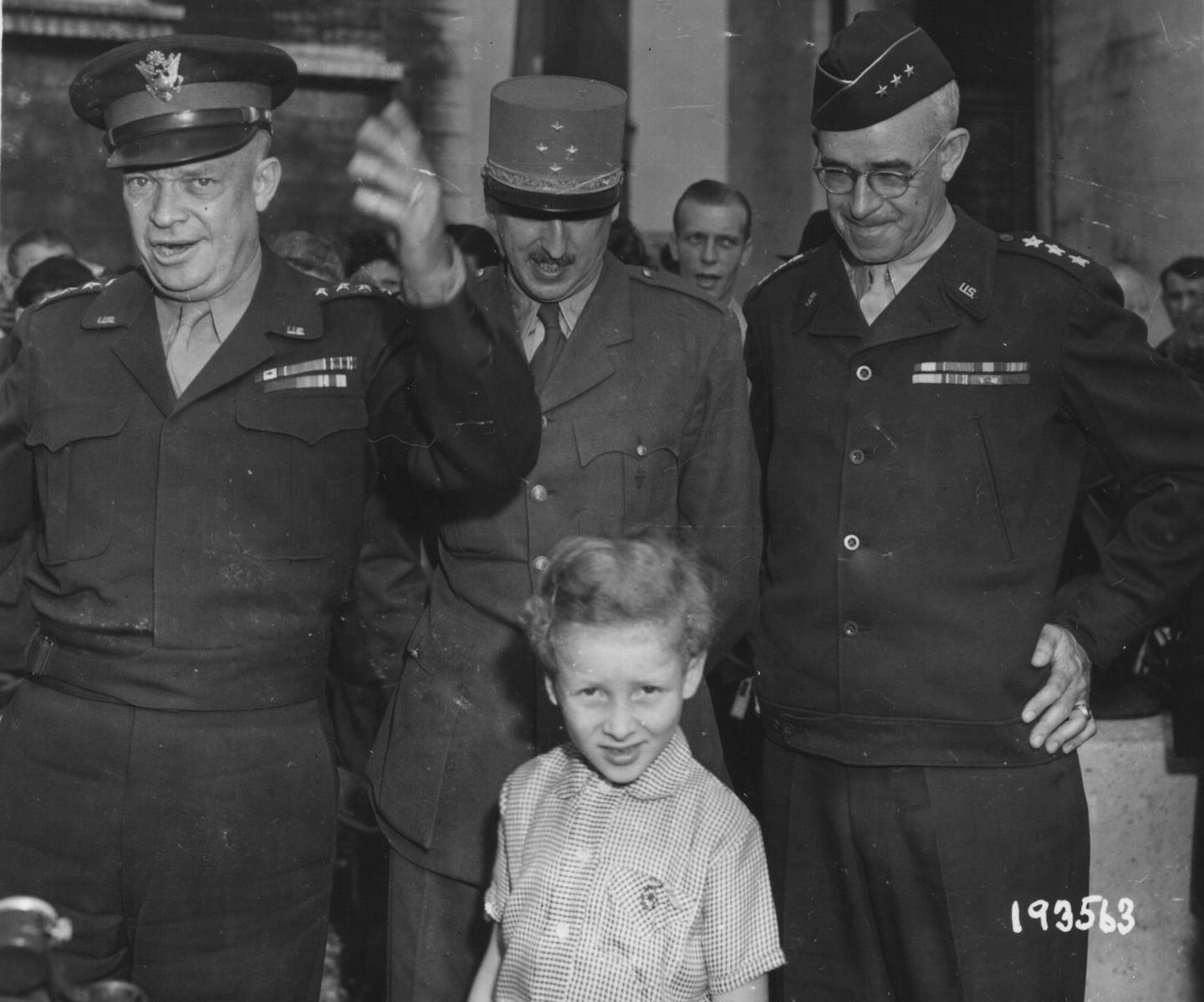 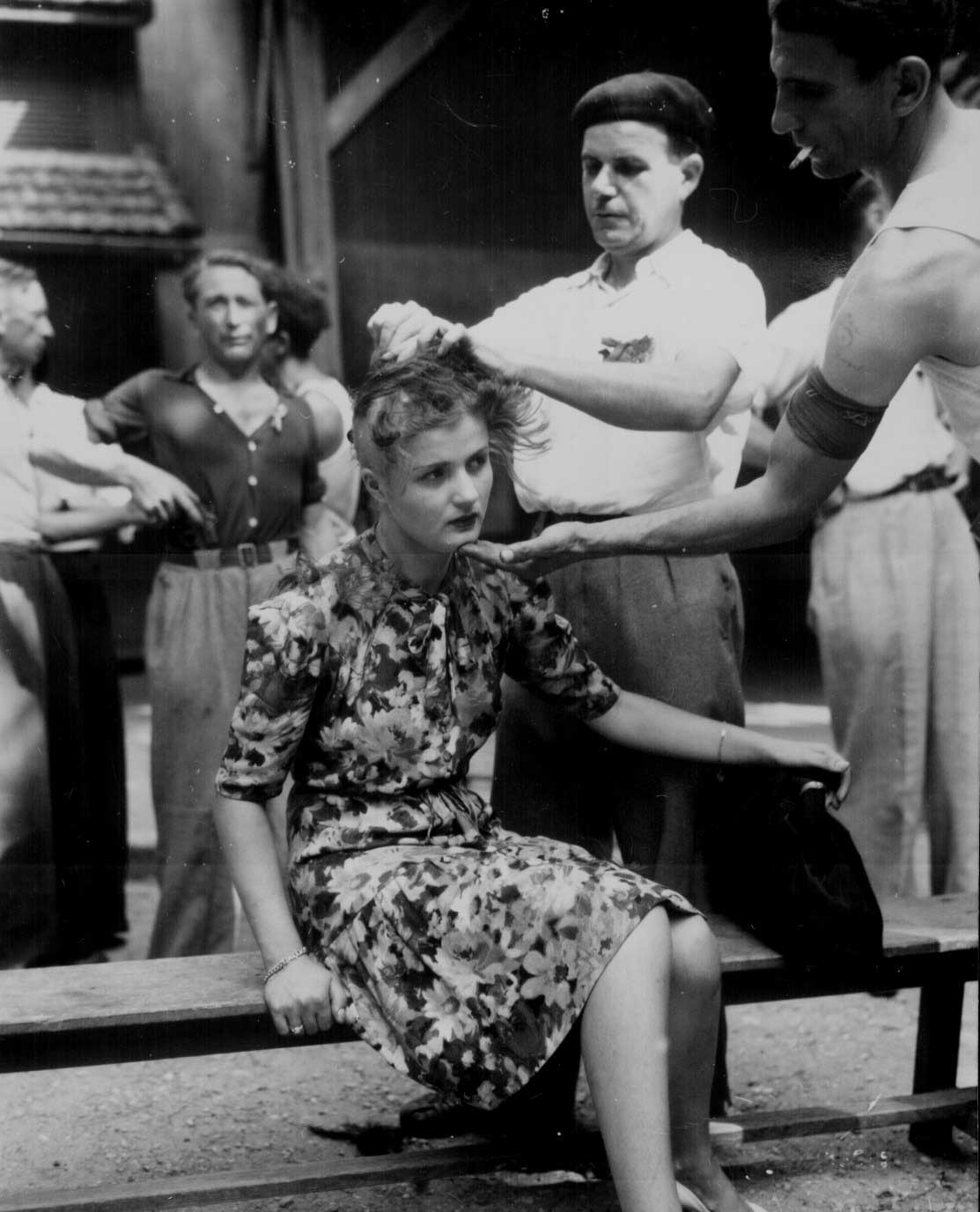 A French mob shaved the head of a French girl as punishment for having personal relations with a German soldier, Montélimar, France, Aug 1944. 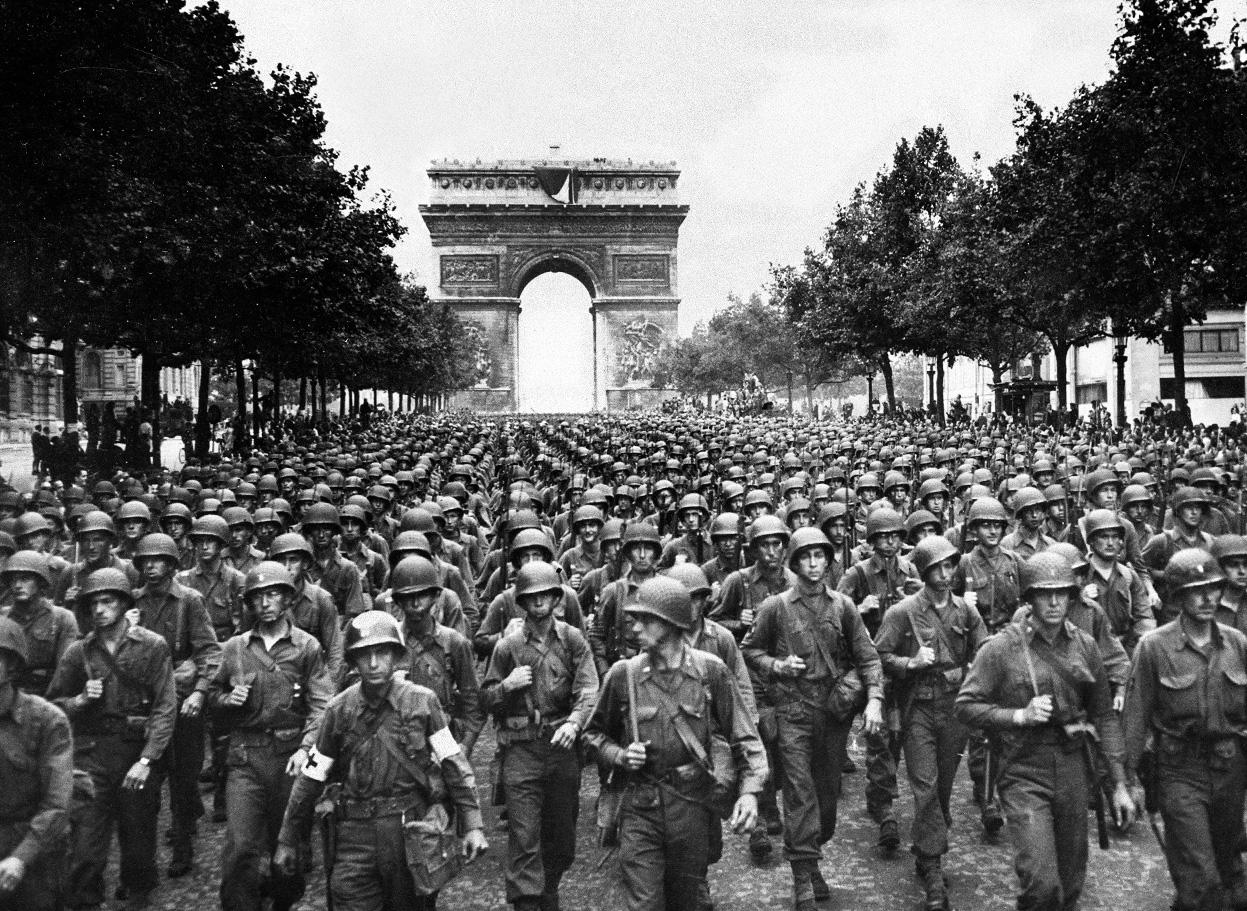 US Twenty-Eighth Infantry Division march along the Champs-Élysées, Paris, France with l’Arc de Triomphe in the background.

Ooops I left one out. 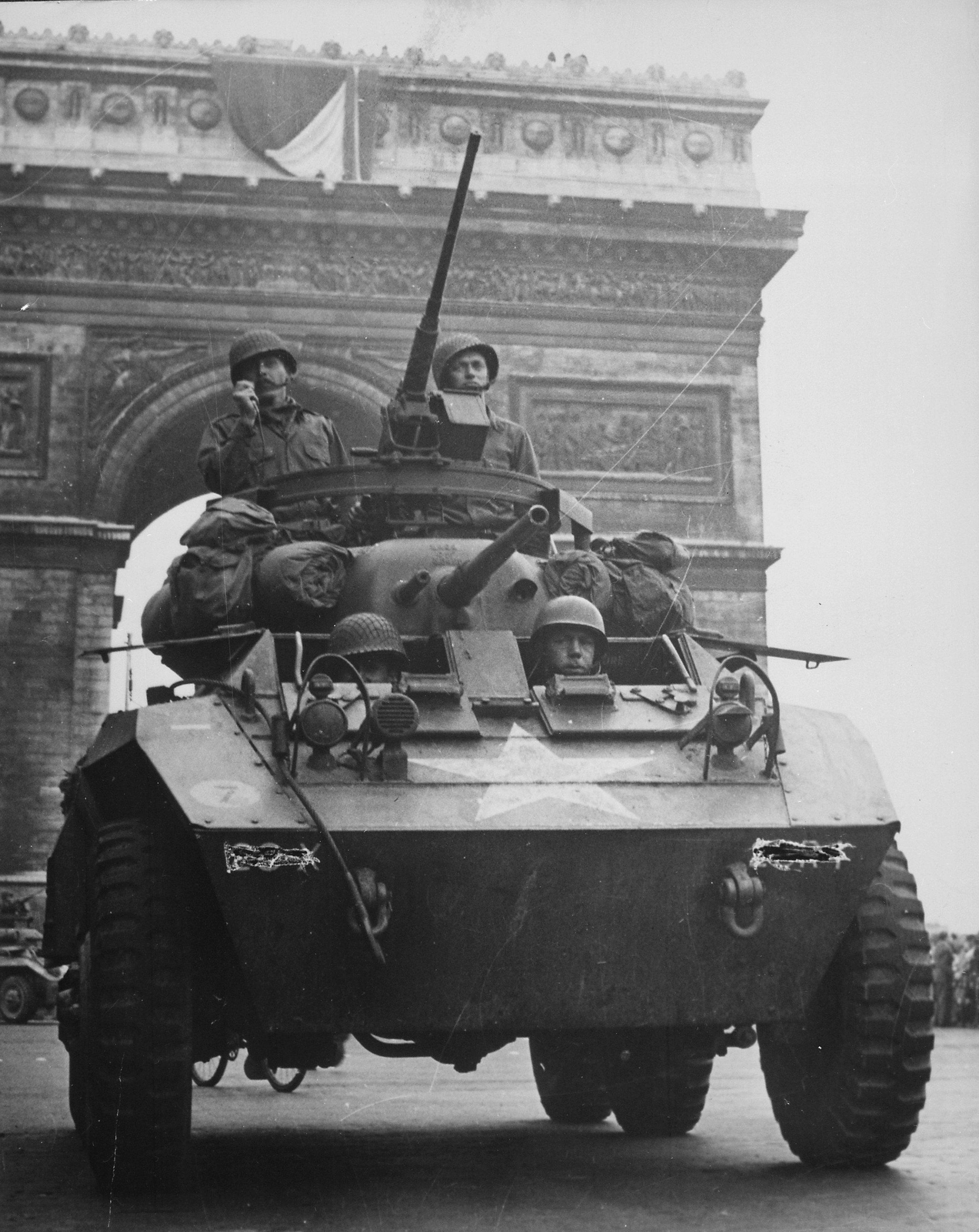 Turned my calendar page and scanned the new month for days to note and days to celebrate. Life is short!

August 25th 2019 will mark the 75th anniversary of the liberation of Paris. To commemorate the occasion, the French have issued a new postage stamp: 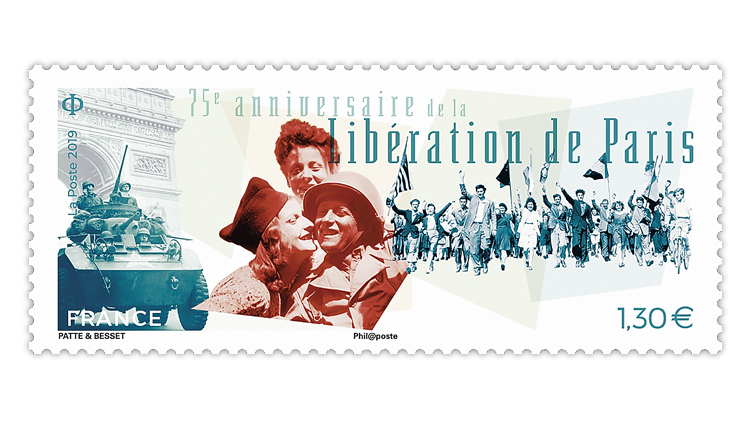 And, if you are in Paris, there will be a parade to celebrate the event. The parade will feature historic military vehicles from WWII. You are encouraged to attend the parade dressed appropriately for the period:

You might also attend a ceremony in tribute to General Leclerc’s 2nd Armoured Division that was part of the action on that fateful day.

You can even buy a t-shirt!

The Musée de la Libération de Paris opens on the 75th anniversary of the capital’s liberation after four years and €20m of work, opposite the city’s famous catacombs.

Thank you for sharing!

Here is a feel-good story from the Boston Globe about the role of the French Resistance in the Liberation of Paris.

The whole story is, of course, much more complicated. The resistance was split between Communist and Gaulist factions. Originally the allies were going to go around Paris on their way to Germany. However, when it looked like the communists were going to rise up in Paris and declare victory and a new government, de Gaulle got to work and his faction jumped into the uprising with both feet and he convinced the Americans to let him roll into Paris with a column of tanks. An excellent book on the liberation of Paris is "Is Paris Burning," which is now back in print.

And finally... A TV report on the parade from Paris... (Now I will drop this topic for this year. )

A little off topic, but only a little. From Today's headlines.
It seems that they were filming a WWII movie in Paris and the set designers made two streets in Montmarte look like they looked in 1942. Then the Coronavirus descended on Paris and everyone went into self-isolation. The movie filming activity ceased. The result is that you have a small patch of Paris seemingly frozen in 1942. How I wish I could visit the place in my favorite 1940s suit and my Borsalino!

“The dark shadows are already there so to recreate it is quite unsettling, even more so as a lot of things written on the posters are happening right now. One poster [from the film set] said everyone must keep off the streets between 11.30m and 4am, which seemed a little close to home as just before I’d had to show my permit [to be outside] to the police. It’s a strange situation.”

It may not be Paris, Tom, but when this is all over, book yourself a weekend in Pickering Yorkshire, and bring those clothes and the Borsalino. You will have the time of your life, who knows, you might even bump into a geriatric couple in a classic MG.
There are hundreds of photos, just Google: "Wartime in Pickering." 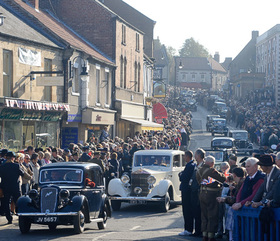 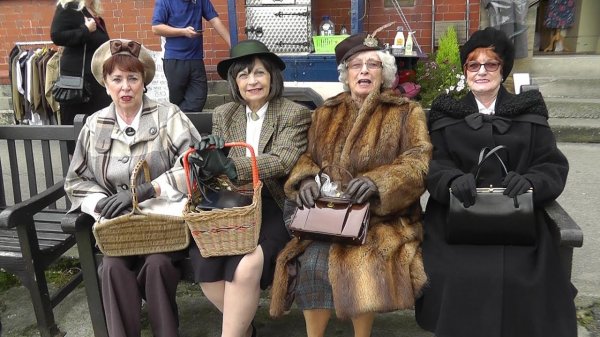 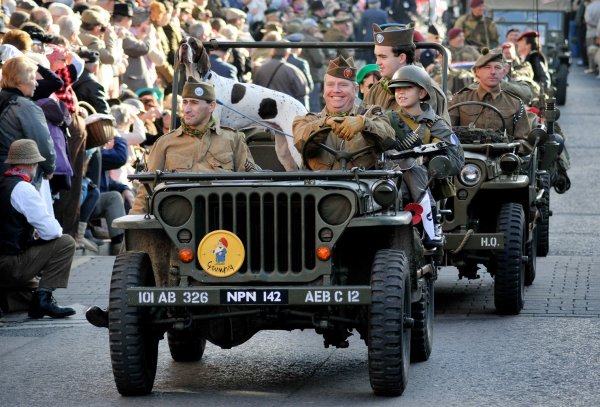 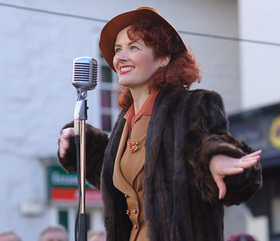 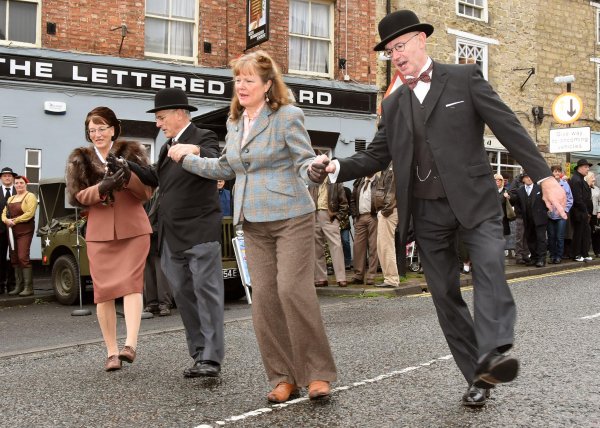 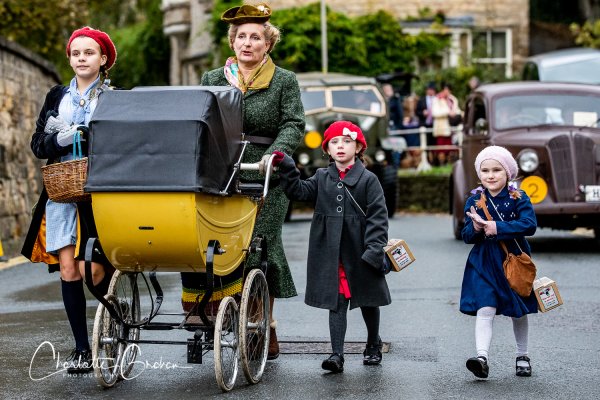 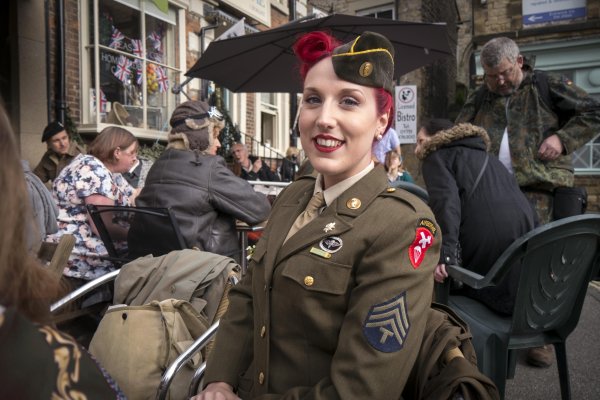 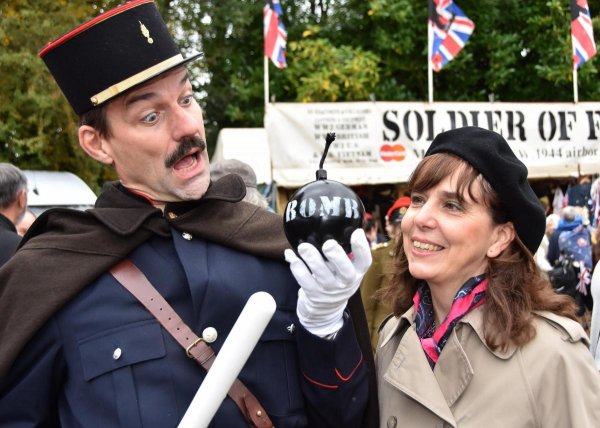 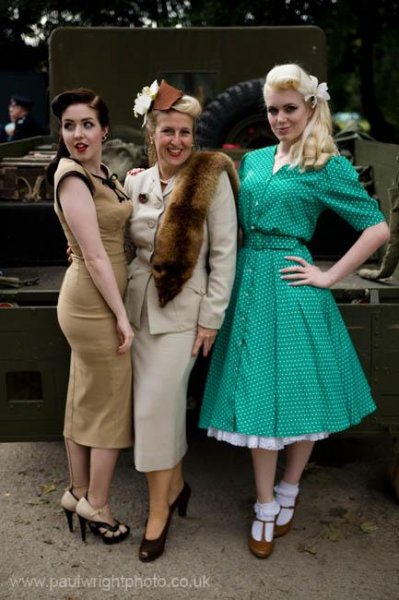 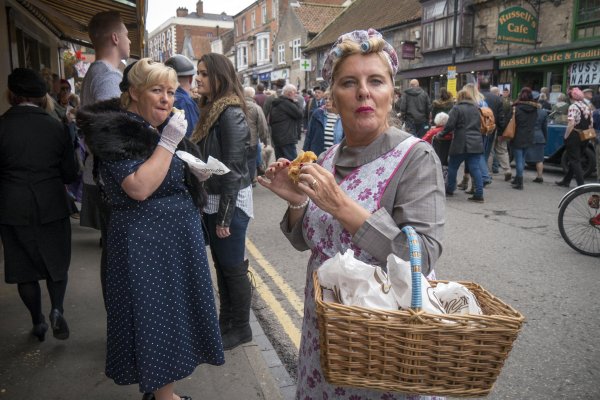 The redhead chanteuse is an English rose.

August again. And another Liberation of Paris Anniversary.

Here is about twenty minutes of footage of American and French troops rolling into Paris. No commentary, just images and background music. I enjoyed seeing uniforms as they were really worn. I also took note of how relatively small the jeeps and tanks looked, as compared to today’s large equipment. Much of the architecture of Paris looks the same as what a tourist in Paris might see today.

A good shot of Simone Segouin, in the blue skirt with the 9mm grease gun (Swedish K?). She was only 20 y/o at the time. and was a well known Resistance fighter. She is 97 y/o now, and I think she is still alive.

Subsequent research shows she is holding a German MP – 40, which was her weapon of choice. She became quite proficient with it.

Thanks for identifying her!
Yes, she is still alive. She is living on a street that is named in her honor. How many people can claim that?!
A living legend.

I have read there is a book about her, but I haven't, as yet, located it.

Here are two more images of her. I found one taken of her in 2016, but I would rather remember her as she was back then. She was a strong woman.

The Paris Liberation anniversary (August 24/25) draws near!
My favorite story is about Ernest Hemingway racing to get into Paris before “that jerk, Leclerc”. Hemingway bombastically leads a ragtag group of partisans from Rambouillet into the city of light and famously “liberates” the Bar at the Ritz. (The Germans had already vacated the building.) Still, it’s a rousing story filled with snipers and explosions and booze. The Colonel David Bruce, who rides along, was in the OSS and documented the whole thing. Bruce later went on to become the U.S. Ambassador to France, the U.K., and Germany. (That’s Bruce on the left.) Anyway, it’s a great tale, overblown and full of craziness. I’m sure it captures a little bit of the spirit of madness of that day. 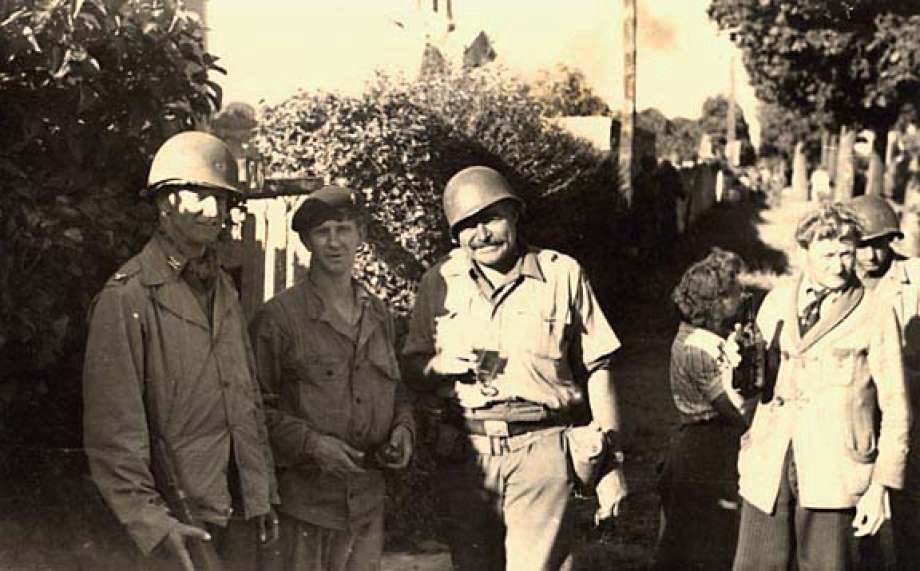 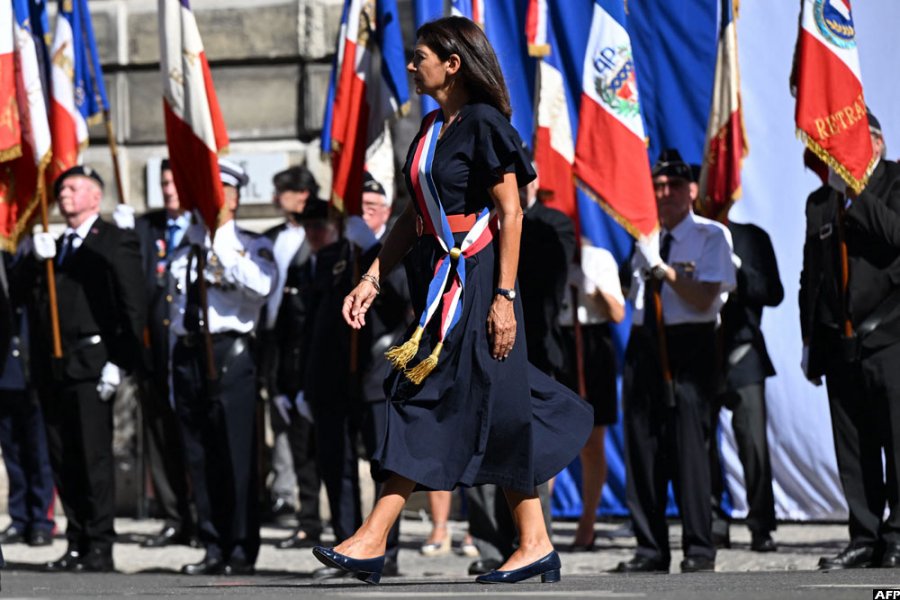 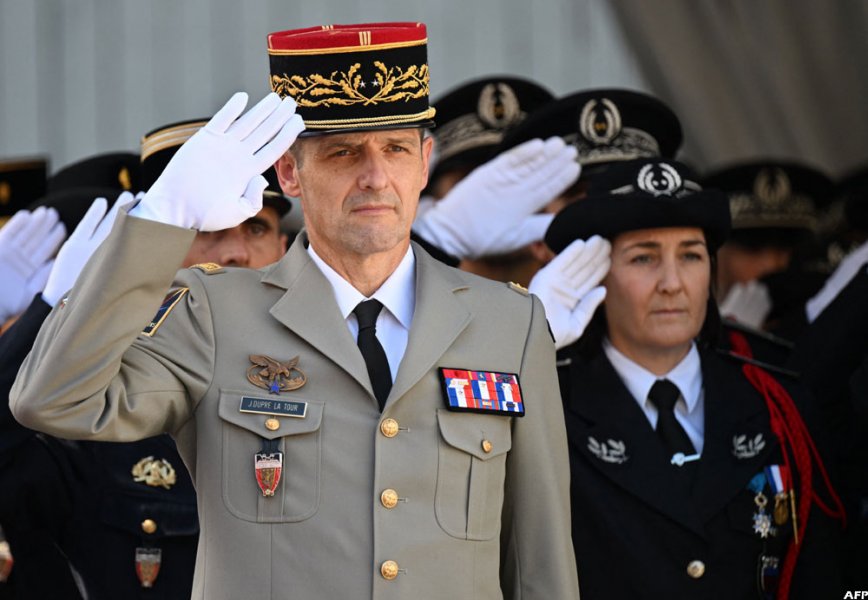 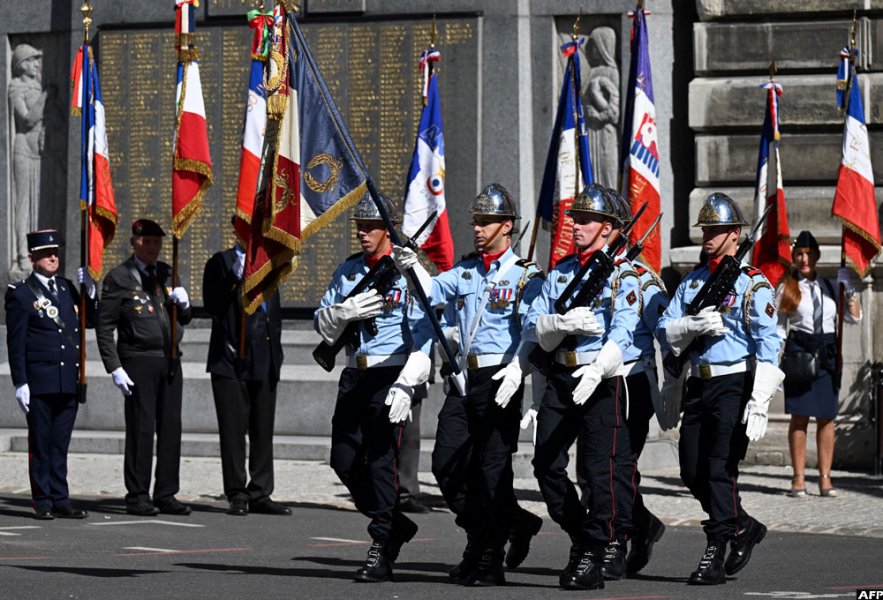 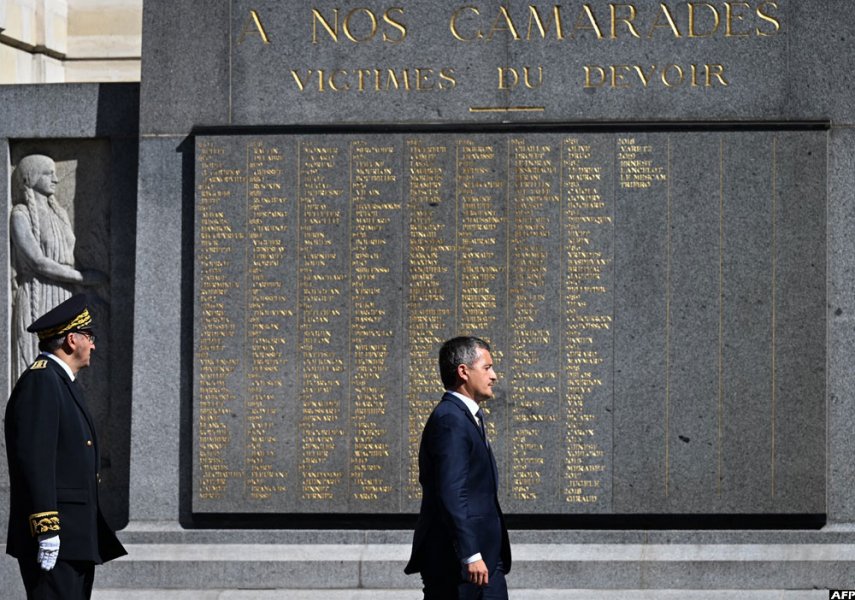