This is pretty interesting news! Looks like a black leather G-1 without the fur collar.
I wonder what @Deacon211 and @Peacoat and others think? 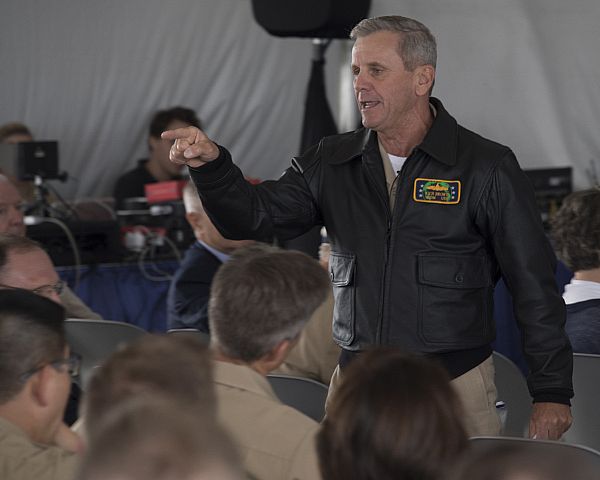 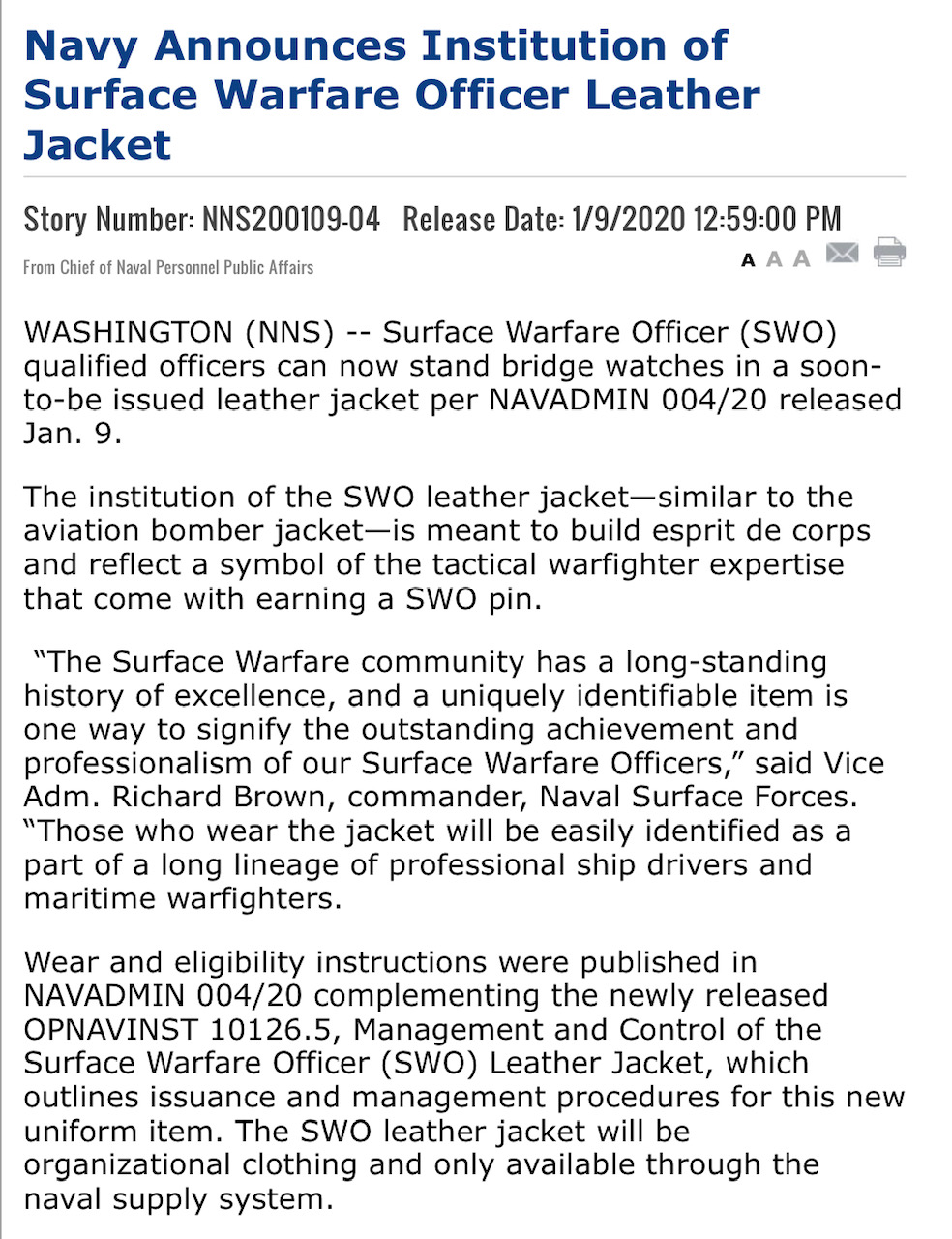 Yep - a modern spin. I wonder if there will be a civilian version.

Interesting. It's weird to think of a black leather flight jacket as being actual military issue.

I know some of the SWOs(and certainly many grunts I knew) had a hate on for the G-1 since they had nothing comparable.

In the Marines, you could wear your meh tan uniform jacket or your wool sweater with civilian gear, but pilots were precluded from wearing their G-1s out in town.

This jacket looks good IMO. And a little panache item is good for morale and might even become a tradition...as long as the Navy doesn’t change the uniform again.

I agree Brown looks more appropriate, but I guess it’s meant to go with the newer black (is it still Navy Blue?) uniforms.

EDIT: Interesting. I just looked at the pics again and see that he is wearing them over his khakis.

Does a black jacket wear better with a khaki uniform than a brown jacket with a black/navy one?

I’m thinking the black color in some small way relates to being a “black shoe” (surface warfare officer) as opposed to the “brown shoe” aviation community.
And a very common outerwear garment worn with khakis has been the black cotton “Eisenhower” jacket. So perhaps the Uniform Board figured it’s a morphing of a black leather G-1 (no fur collar) and the black cotton Ike jacket.

"Commanding officers will decide whether the coat will be allowed during General Quarters, when crew members are to man their battle stations, or damage-control evaluations, the message adds."

You may be sure the commanding officer will be wearing his or hers all the time.
B

Way ahead of the curve. Picked this up acouple weeks ago on ebay. It's Cooper label non military jacket. Make in the USA with goatskin. 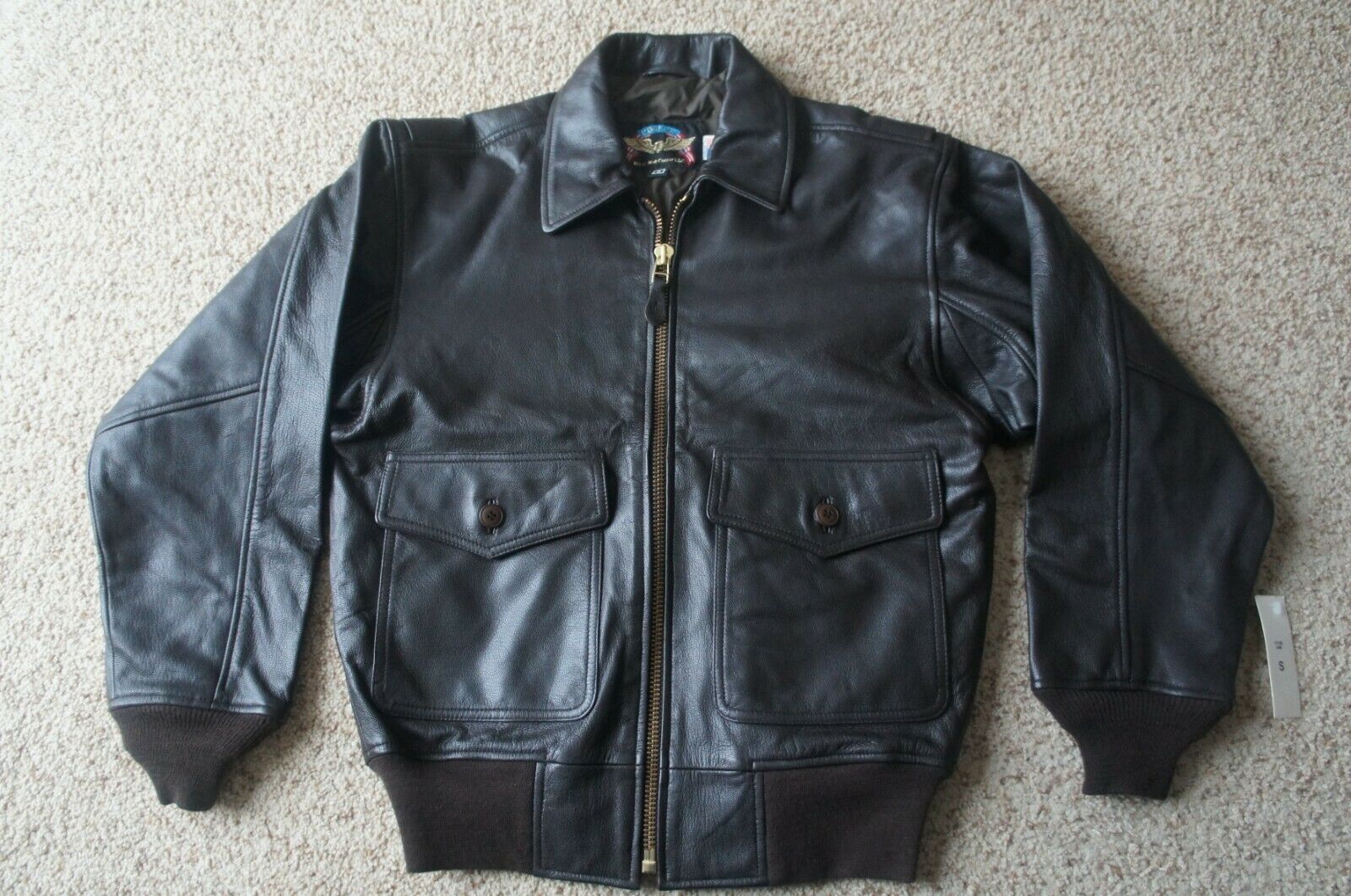 Seb Lucas said:
Yep - a modern spin. I wonder if there will be a civilian version.
Click to expand...

I like it! Since I got my first G-1 I’ve always thought that it was a much better pattern and fit than the classic A-2. That’s a sharp looking jacket.
B

Unfortunately the Cooper I got has huge sleeves. The torso fits pretty well.

A little late to the party, but I like it. I would like it better if the Army had one, but as backwards as the Army is in uniforms, it will never have one.

I wonder if this jacket will be authorized for wear off base, or if it will be limited to wear aboard ship, or perhaps on base only. Back when I was in, we could only wear our flight suits and flight jackets on base, or between base and our quarters. I think the Officers' Club was off limits as well, except maybe before 6:00 pm, or maybe only at the club's annex. Stopping to get gas while so attired was not allowed. It was considered a work uniform, such as fatigues (and dungarees) and as such, we should not be seen by civilians wearing it. I doubt the Navy, although more intelligent in many ways, is any looser in its uniform regulations.

Interesting way to address those crazy collisions from a couple years back. Black jacket above (light) khaki trousers is pretty terrible look, imho. Could've at least opted for something like a Seal Brown?...
C

Some time ago the RAF approved a blue leather flying jacket for all trades at SNCO and above on personal purchase of the approved item, have yet to see anyone actually buy one. I'm assuming due to aesthetic reasons, its not a great looking jacket and can only assume the removable sheepskin collar doesnt improve it.

A friend has one of these - he’s not RAF so I’ll ask him his source. I also recently saw a nearly new one in a vintage clothing shop - I was tempted as it was heavy and well made but it’s blousy fit put me off.

robrinay said:
A friend has one of these - he’s not RAF so I’ll ask him his source. I also recently saw a nearly new one in a vintage clothing shop - I was tempted as it was heavy and well made but it’s blousy fit put me off.
Click to expand...

Interesting. It looks like a nice trim fit from Thor's first photo above.

Seb Lucas said:
Interesting. It looks like a nice trim fit from Thor's first photo above.
Click to expand...

I’m referring to the blue RAF jacket by Aviation Leather Craft Seb, posted by Corsair24. Sorry for the confusion. I like the look of the black SWO jacket.
Last edited: Jan 15, 2020

What leather is this SWO jacket made from?

Apparently US Wings is the official supplier for these Navy Surface Warfare Officer leather jackets.
They will be made of black cowhide. 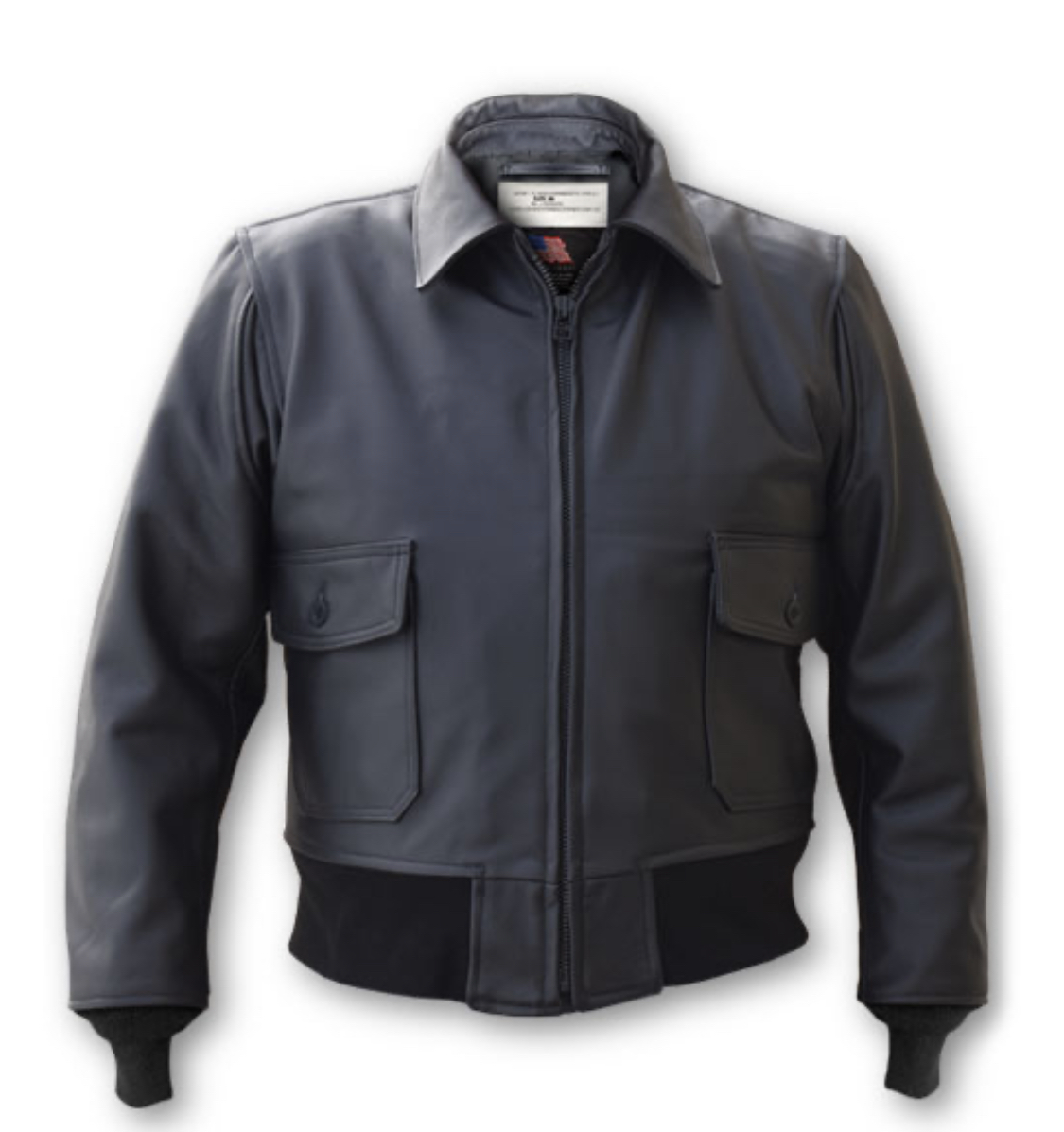