It would be fascinating to know what deals were made originally re rights to the design and such. This is a vague area, really, as copyright law typically does not protect clothing designs, the legal theory being clothes are a matter of utility... There's a limited design right and the copyright in the *patterns*, but very little that can actually be done otherwise. Much of it will come down to agreement. When Aero were contracted to do those repros for Levis back in the 90s, part of the deal was that once Levis were done with that collection, Aero would retain the rights to those designs and could put them out in their own right at a later stage, which I believe has since been done to some extent with at least one of them (I think that was the genesis of the Speedster?).

Notably early use of velcro on a civilian jacket.


Antique Indian Motocycles said:
Is there a thread on pre war motorcycle riding gear ? Can´t find stuff like breeches, kidney belts or riding hats.....
Could start on this topic soon....what do you think?
Click to expand...

Definitely a good idea, I don't think we have one directly on that that would be revivable(? Worth a Google).

Riding hats in particular are an interesting curio frozen in time with no obvious evolutionary replacement given that they have (across much of the world, anyhow) given way to a mix of the broad hatless trend and helmet laws.


Yamahana said:
Definitely not the same as my Fidelity which is a Velcro closure but still I haven’t seen a throat latch feature very often on vintage mass produced motorcycle jackets.
Click to expand...

Very much rare birdies in MC jackets in my experience too.

Edward said:
Riding hats in particular are an interesting curio frozen in time with no obvious evolutionary replacement given that they have (across much of the world, anyhow) given way to a mix of the broad hatless trend and helmet laws.
Click to expand...

Riding hats are curious indeed. See post in the thread " Ride in style". How do I link a thread?

Antique Indian Motocycles said:
Riding hats are curious indeed. See post in the thread " Ride in style". How do I link a thread?
Click to expand...

2] Type whatever text you want, highlight it, then press the little icon in the top toolbar of the reply box to link it, thus:

The link icon is the one that looks like a little, drunk '8' listing to the side. Seventh icon along, or the first of two in the third 'box' from the left, depending what you count.

1940s Indian ranger jackets are found very rarely on vintage photos. Here are a few....
First one was taken July 1947 showing a Ranger and a Rangerette, the two other pictures show the steer hide jackets from 1957 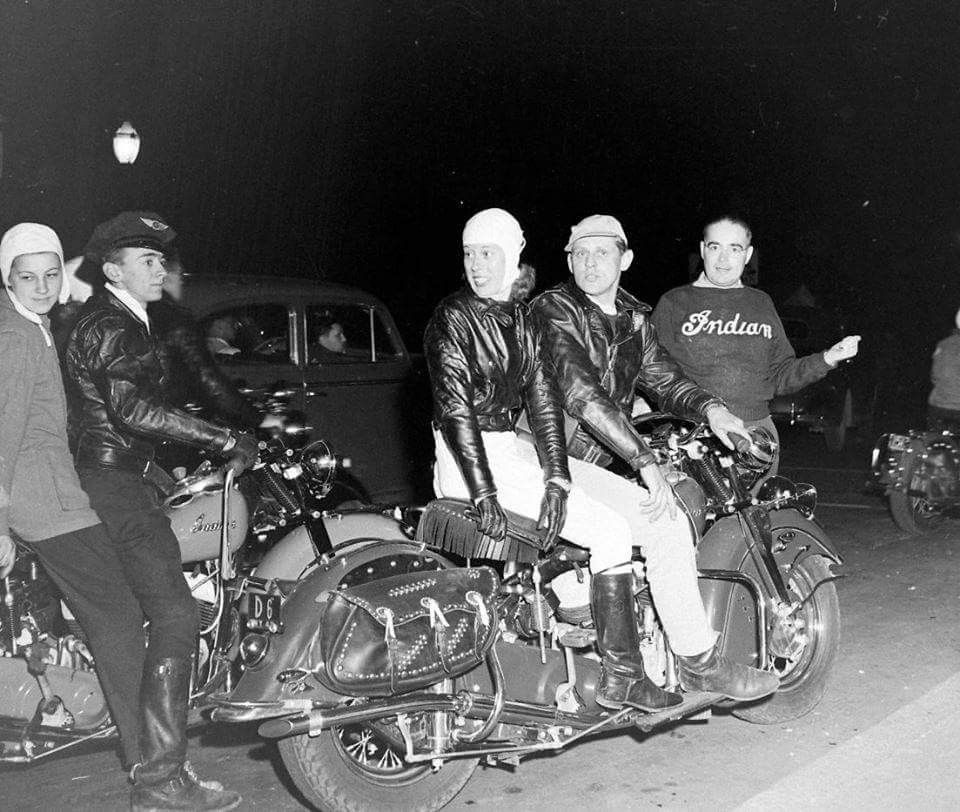 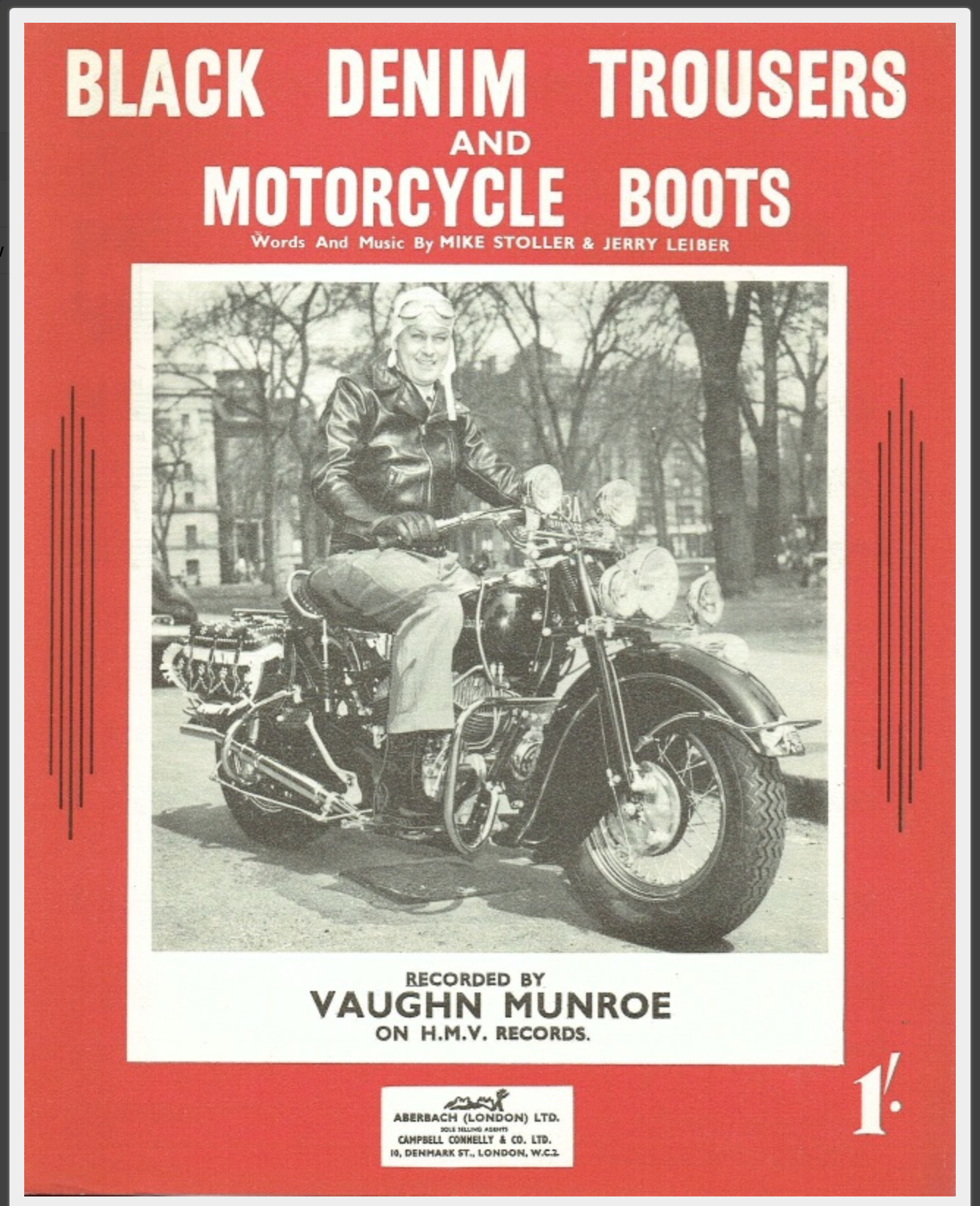 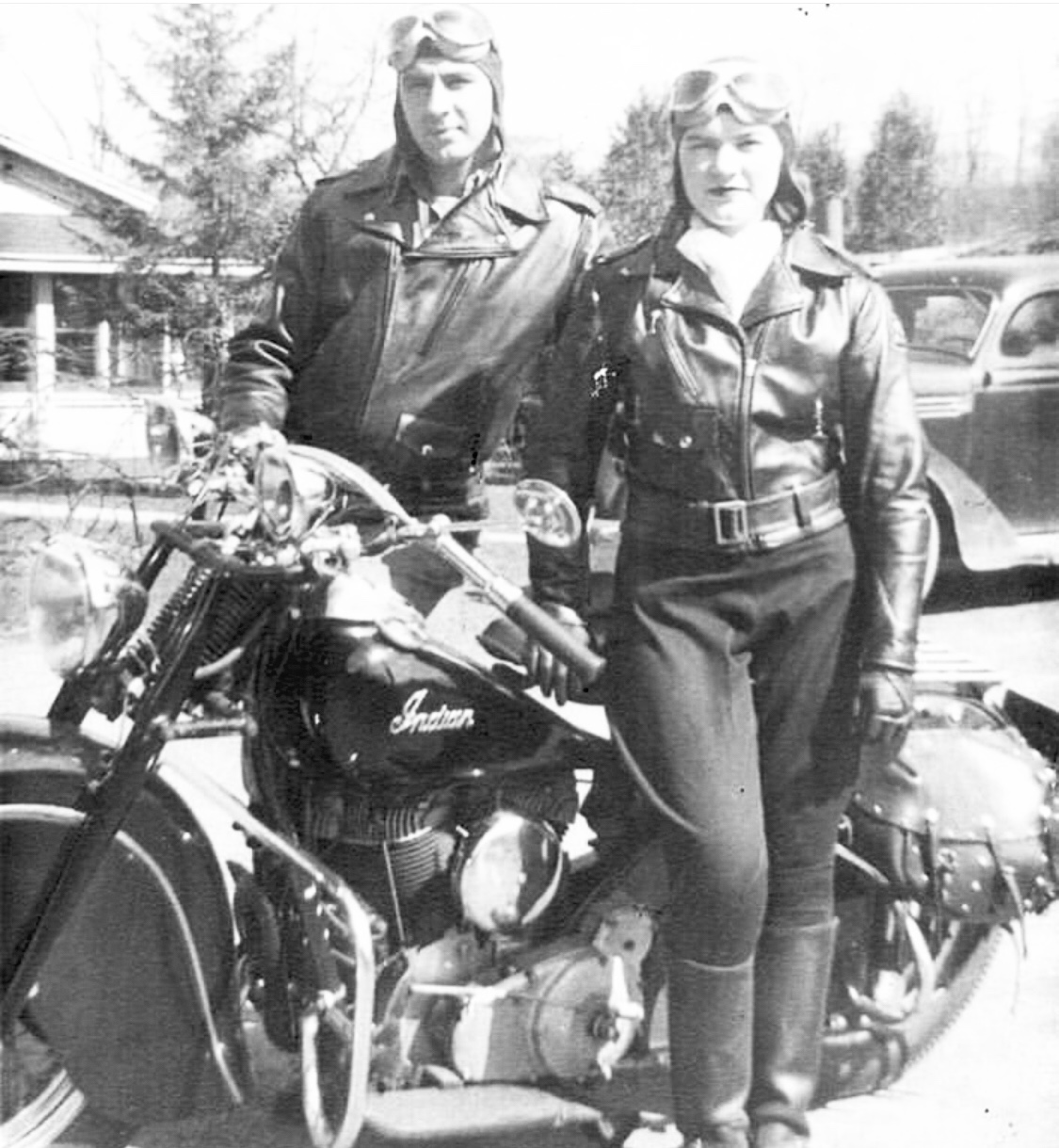