Show us their hats!

Myrtis Dightman, bullrider “the Jackie Robinson of Pro Rodeo”, the first black to ever compete in the NFR. 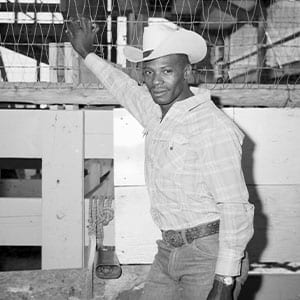 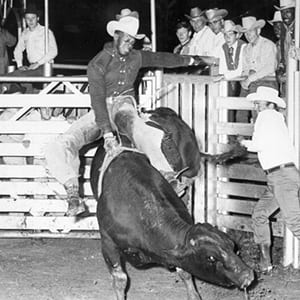 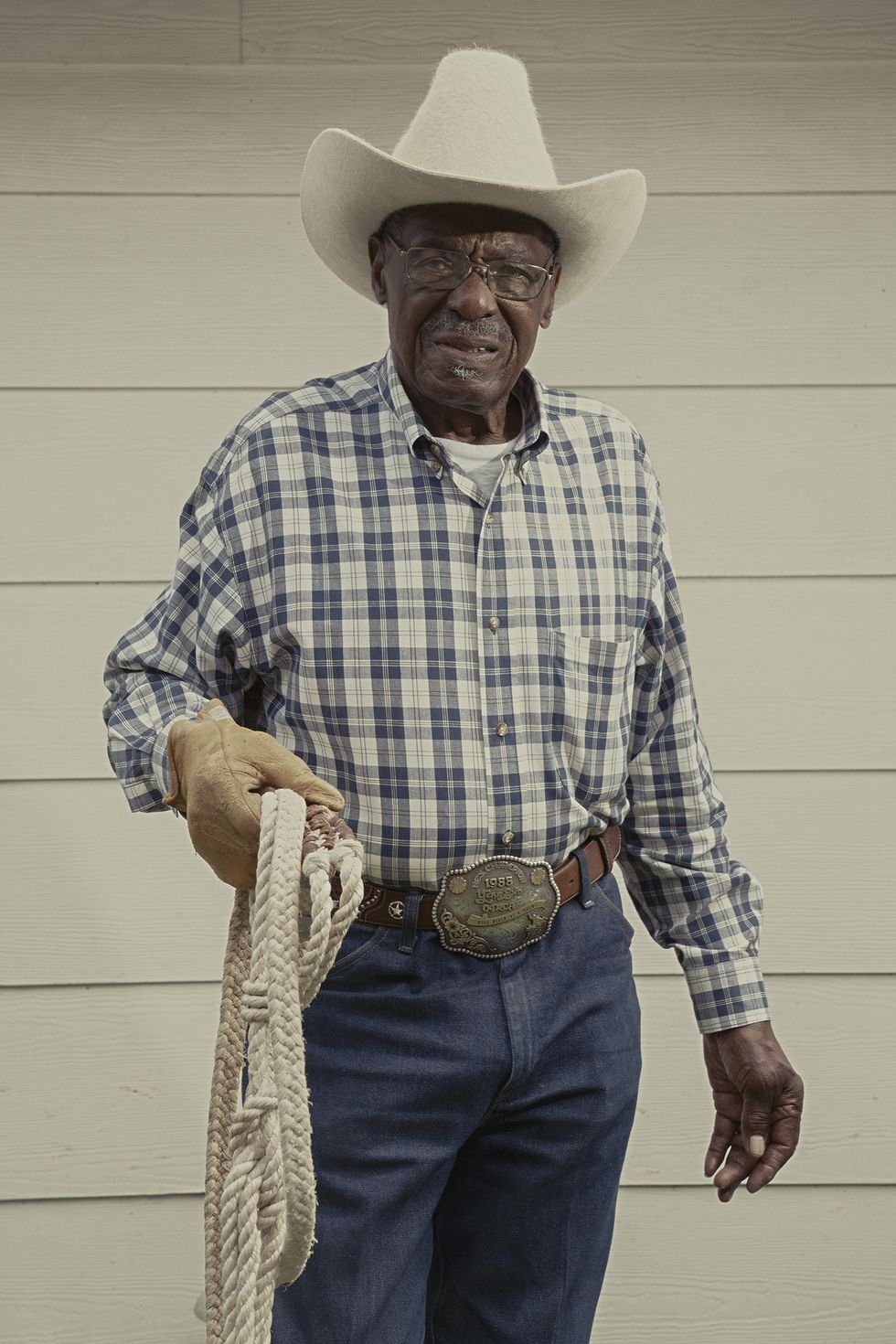 Holding a photo of his 1972 Marlboro ad. He never smoked. 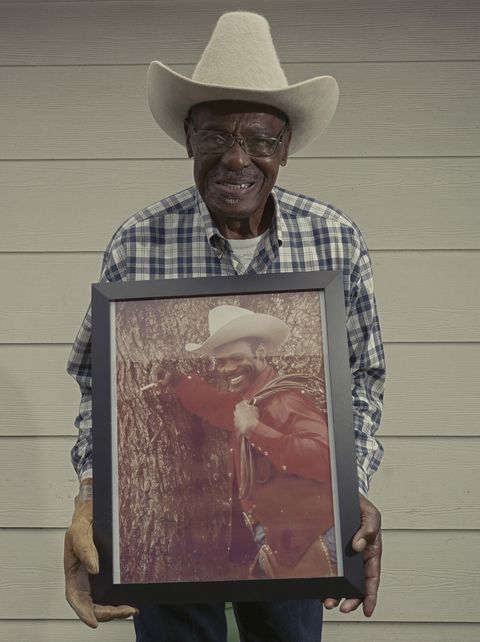 Very cool, thanks for sharing that. How about another first and a pioneer in country music, when the Grand Ol Opry first broadcast across the nation this was who people heard. 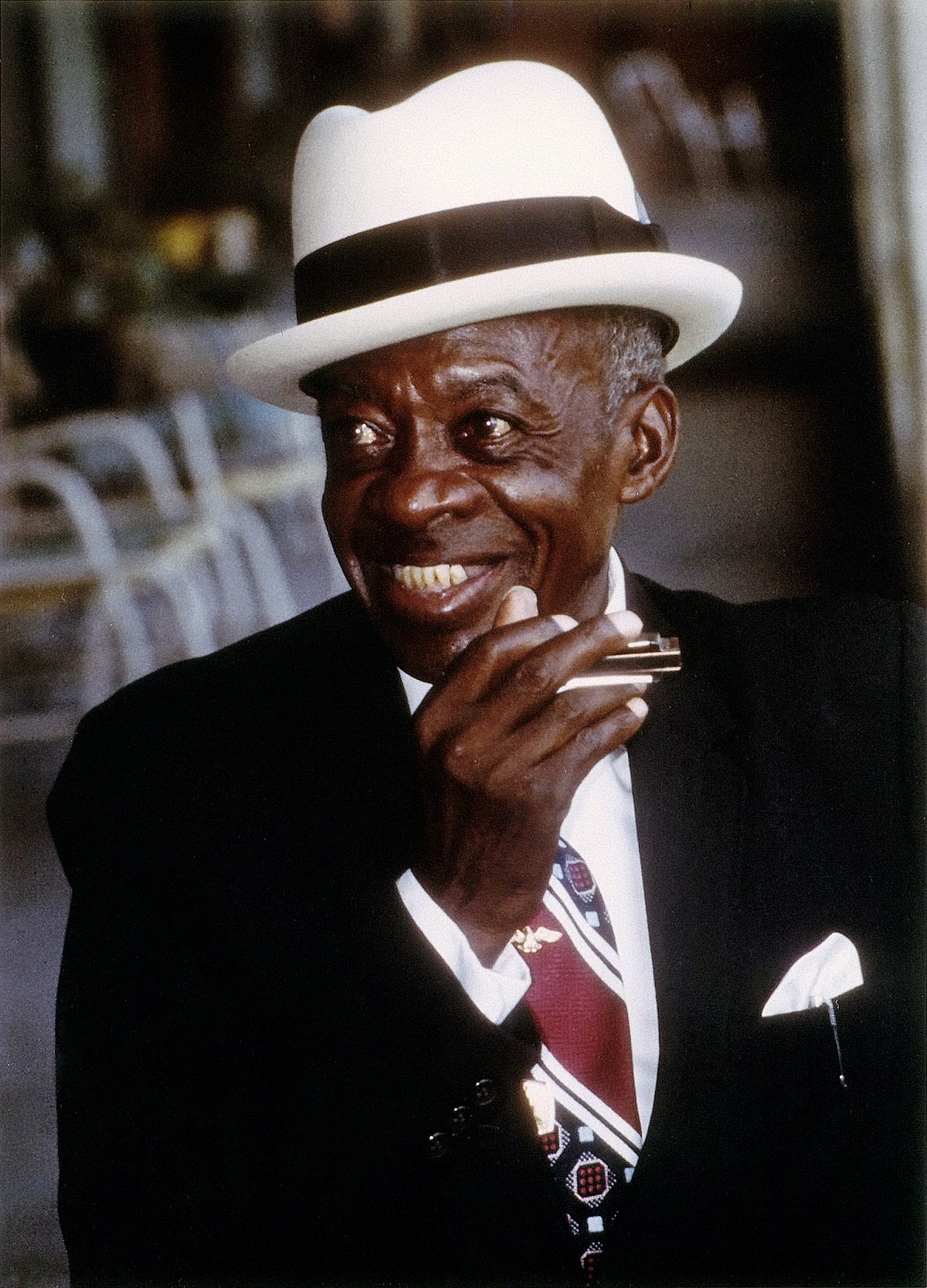 DeFord Bailey a founding member of the Grand Ol Opry.

MisplacedHillbilly said:
Very cool, thanks for sharing that. How about another first and a pioneer in country music, when the Grand Ol Opry first broadcast across the nation this was who people heard. View attachment 367339
DeFord Bailey a founding member of the Grand Ol Opry.
Click to expand...

Good one. He is mentioned in the documentary "Country Music" by Ken Burns. His last appearance at the Opry was in April 1982. 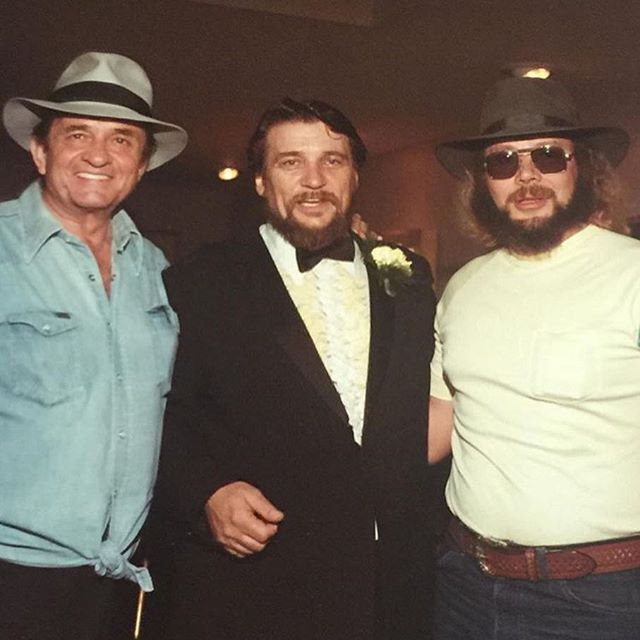 GHT said:
Inspector Morse is a British detective drama television series based on a series of novels by Colin Dexter. It starred John Thaw as Detective Chief Inspector Morse and Kevin Whately as Sergeant Lewis. The series comprises 33 two-hour episodes, produced between 1987 and 2000.

Following the death of John Thaw, the producers decided to promote Sergeant Lewis and have Morse die just as his alter ego did. The series continued as, "Lewis," from 2006 until 2015. Those TV drama shows were very popular abroad as well as here.

You might like to know that there is now a prequel, a young detective constable Morse. The show takes Morse's first name: "Endeavour." The time line is 1965 to 1971 and very popular too, it's proving to be. Shaun Evans is in the title role, seen here beside John Thaw.
View attachment 364088

In a passing nod to Thaw's memory, his daughter Abigail has the part of the local newspaper, The Oxford Mail's editor, her character is called
View attachment 364089
Dorothea Frazil.

The part of the inspector that was once that of John Thaw's is now played by Roger Allam and a very good job of it he has made. His character name is,
View attachment 364090
Fred Thursday.

You can see the transition from almost everyone wearing hats to the wane of hat wearing. It's most fascinating for those of us who lived through the period.
Click to expand...

I’m a big fan of both Endeavor and Lewis. Couldn’t get into the original Inspector Morse. I think all the actors do a fantastic job, but Anton Lesser is a standout. I generally think the British make better TV and the Americans make better movies…with notable exceptions on both sides. 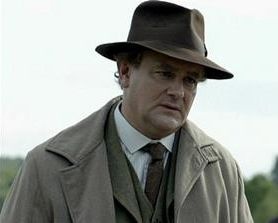 This link will take you to no less than 31 hats that are worn in the period drama: "Downton Abbey."

Alcatraz inmates Clarence Carnes, Sam Shockley, and Miran Thompson. Their unsuccessful escape attempt resulted in the prison riot of 1946 where several guards & inmates were severely injured, & other inmates killed. The three inmates went on trial together in 1948; Shockley and Thompson were sentenced to die in the gas chamber. Because he was not one of the planners of the attempt & only became involved late in the effort, Carnes was shown mercy and given a life sentence. 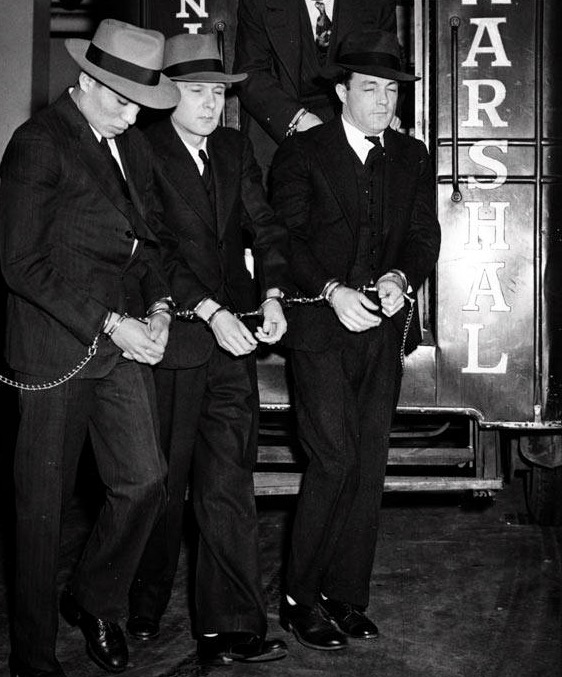 Their hats & clothing worn at trial were likely paid for by the taxpayers. 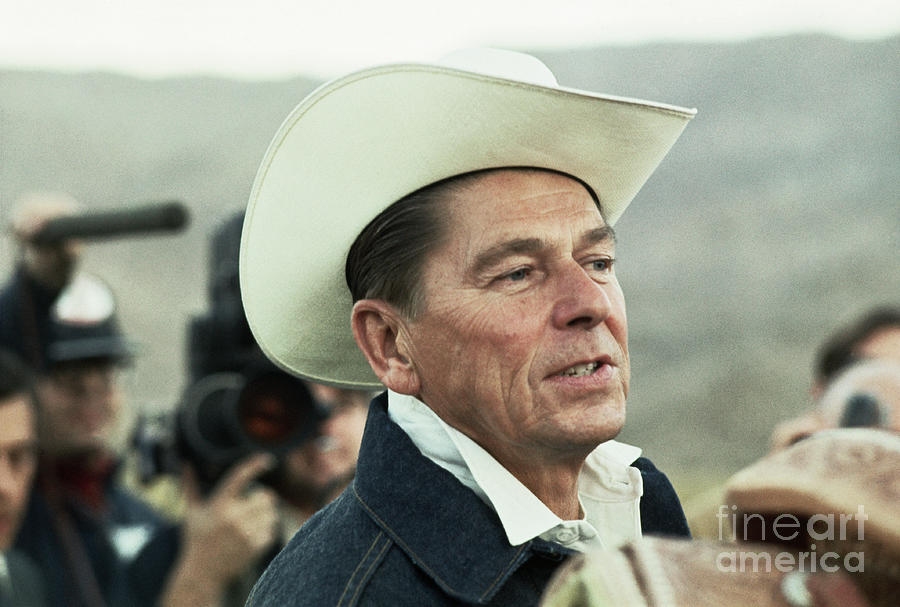 Forgive me if this one been done before.

This link will take you to no less than 31 hats that are worn in the period drama: "Downton Abbey."
Click to expand...

Love this! So much inspiration. The curls on some of the Lords Hats and Bowlers is the inspiration for my custom, the Aubergine Rabbit by Mike Miller. 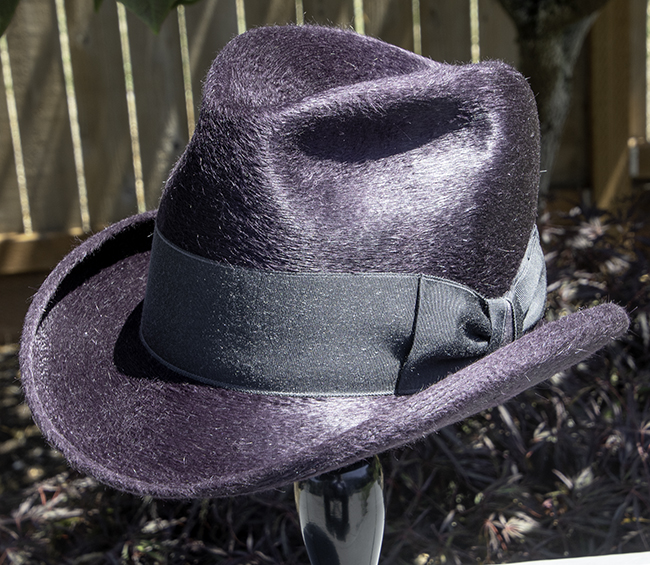 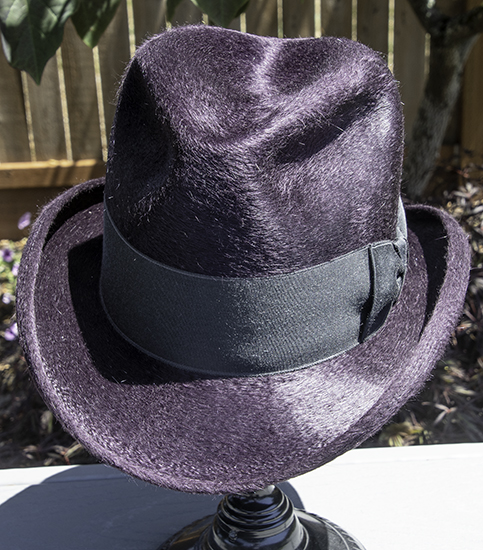 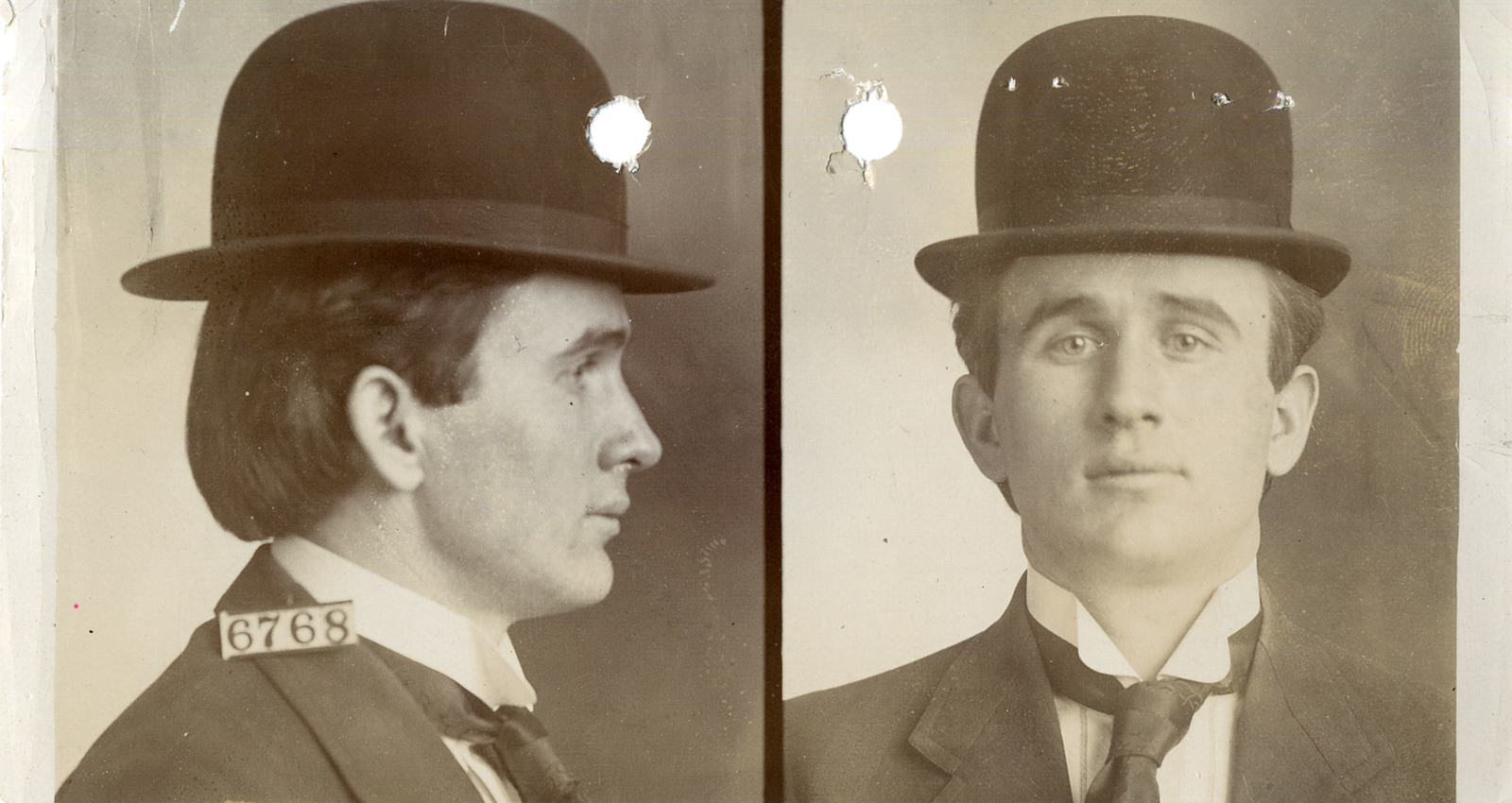 On the night of May 22, 1909 the Frank Grigware gang consisting of Grigware, Jack Sheldon, Donald W. Woods, William Matthews, & Fred Torgenson robbed the Union Pacific Overland Limited Train near Omaha, NE of seven registered mail pouches. Some children found the group's stash of guns and disguises, and the police staked out the location until the gang returned. All five were convicted & sentenced to the federal penitentiary at Leavenworth, KS. 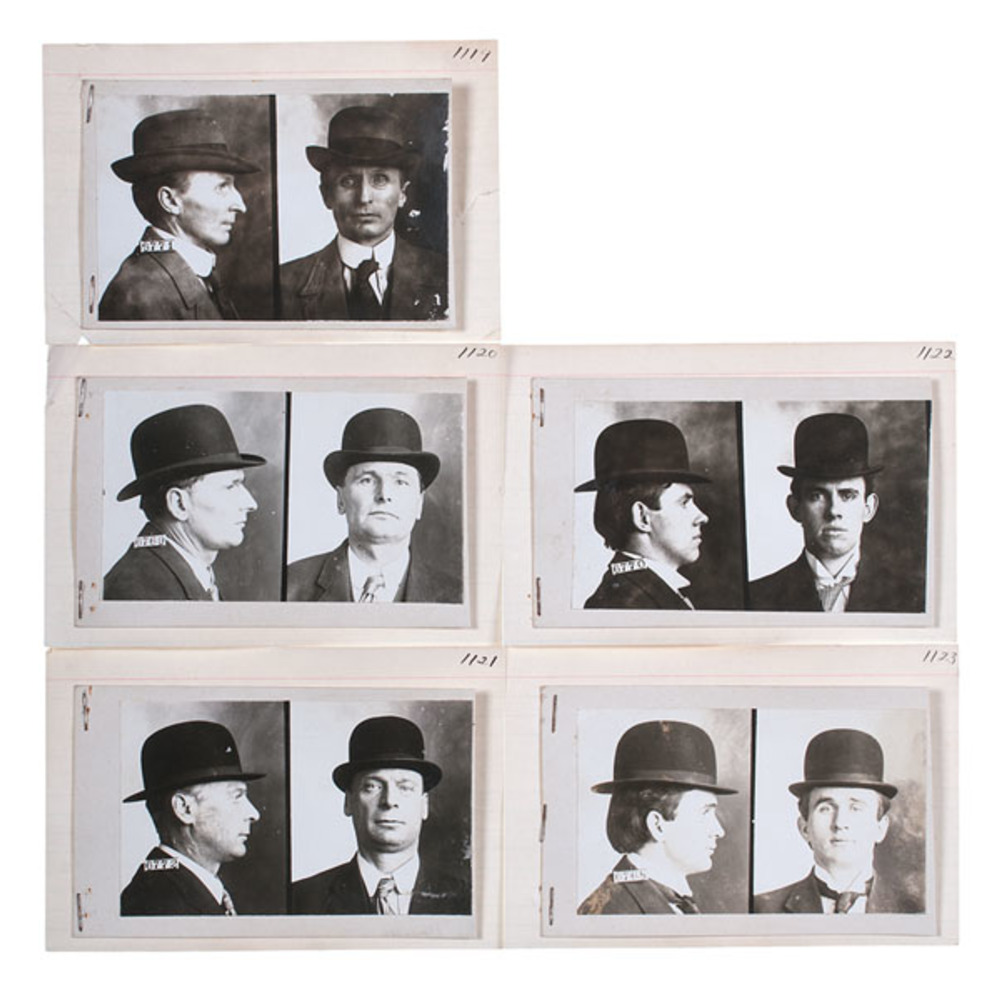 In 1910 the Leavenworth penitentiary was undergoing some new construction. Within six months of arriving the five gang members managed to escape by commandeering a locomotive being used to transport construction materials, & crashing thru the prison gate. Within 48 hrs the gang members had all been captured except for Frank Grigware.

In 1930 Grigware was identified as James Fahey living in Alberta, Canada when he was fined & fingerprinted for hunting out of season. During his time living in Canada as Fahey, he had married, started a family & even managed to get himself elected mayor of the town of Spirit River. With the support of his family, the citizens of Spirit River & the Canadian gov't, he fought the FBI's extradition efforts all the way. The Canadian gov't finally convinced J. Edgar Hoover to drop their efforts and even petitioned Pres FDR for a pardon which never came. The FBI kept track of Grigware for the next 43 yrs incase he crossed the border of his own volition. Grigware died in 1977 at age 91 without ever leaving Canada. 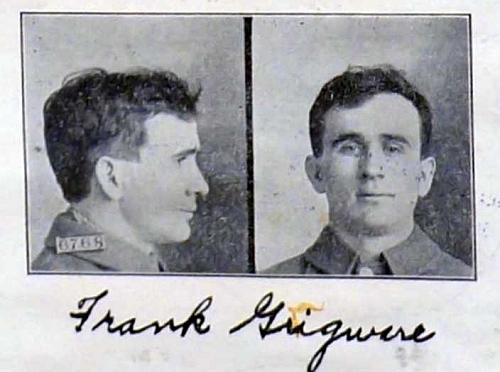 GHT said:
Ooh-la-la! I love the hat and I love the name too.
Click to expand...

With that melusine finish that Mike Miller has come up with, I should call it Lord Hair Bunny! Actually you don't want to Google Aubergine Rabbit, it come up with female sex toys - I confused it with the "Velvetine Rabbit"

Redfokker said:
With that melusine finish that Mike Miller has come up with, I should call it Lord Hair Bunny! Actually you don't want to Google Aubergine Rabbit, it come up with female sex toys - I confused it with the "Velvetine Rabbit"
Click to expand...

That's the one made out of cheese, right?

Redfokker said:
...Actually you don't want to Google Aubergine Rabbit, it come up with female sex toys - I confused it with the "Velvetine Rabbit"
Click to expand...

I must have done it wrong--all I got was website after website allegedly answering the question of whether or not it's safe for rabbits to eat eggplant.

Spoiler Alert - Yes, it's safe as long as it's raw (i.e., not dried or cooked), they don't eat the leaves and/or the stem (i.e., the green bits), and only eat it in moderation.

I had a bunny for several years, never tried her on eggplant.

Redfokker said:
With that melusine finish that Mike Miller has come up with, I should call it Lord Hair Bunny! Actually you don't want to Google Aubergine Rabbit, it come up with female sex toys - I confused it with the "Velvetine Rabbit"
Click to expand...

Our social circle of friends enjoy music from the era, we love the fashions back then too and we often get together for a social dance, or vintage festival. We have a name, the suffix of which was Swingers as in Swingtime music. Let me tell you that got changed to Swingsters pretty quickly after the lurid emails that started arriving. 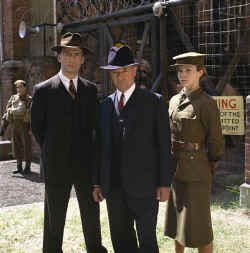 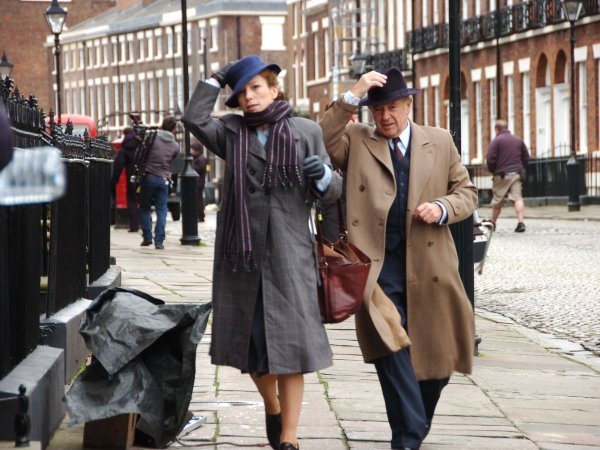 Is Foyle's War shown outside of the UK?

We watched it on the Acorn streaming service.

Yes, even on the Hats on TV thread.