I think I will retire and move to South Carolina. Those kinds of guns at those prices is amazing.
A Model 10 in that condition would be near $400 here (Nashville).

EngProf said:
I think I will retire and move to South Carolina. Those kinds of guns at those prices is amazing.
A Model 10 in that condition would be near $400 here (Nashville).
Click to expand...

Come on down. We'd be glad to have you. Those last 3 guns I posted came from a gun dealer here that bought a bunch of guns from the sheriff's department that had been confiscated.

Picked up a couple little guns for Christmas, one of the SCCY 9mm's and stumbled across a lonely little Tanfoglio .380 for $100! Cleaned up real nice. Waiting for Wednesday and hope a Bulgarian Makarov I bought online comes in.

Nothing "vintage"--a local LEO and I have been working on developing a briefcase-size Personal Defense variant of the AR15.

Exciting project from a technical perspective, but half the crowd here would call for my expulsion on sight if I posted pics. Not that I'm around much anymore anyway to notice...

MisterCairo said:
Not my weapon per se, but it was for the day - C7 firing, Connaught ranges, Ottawa: 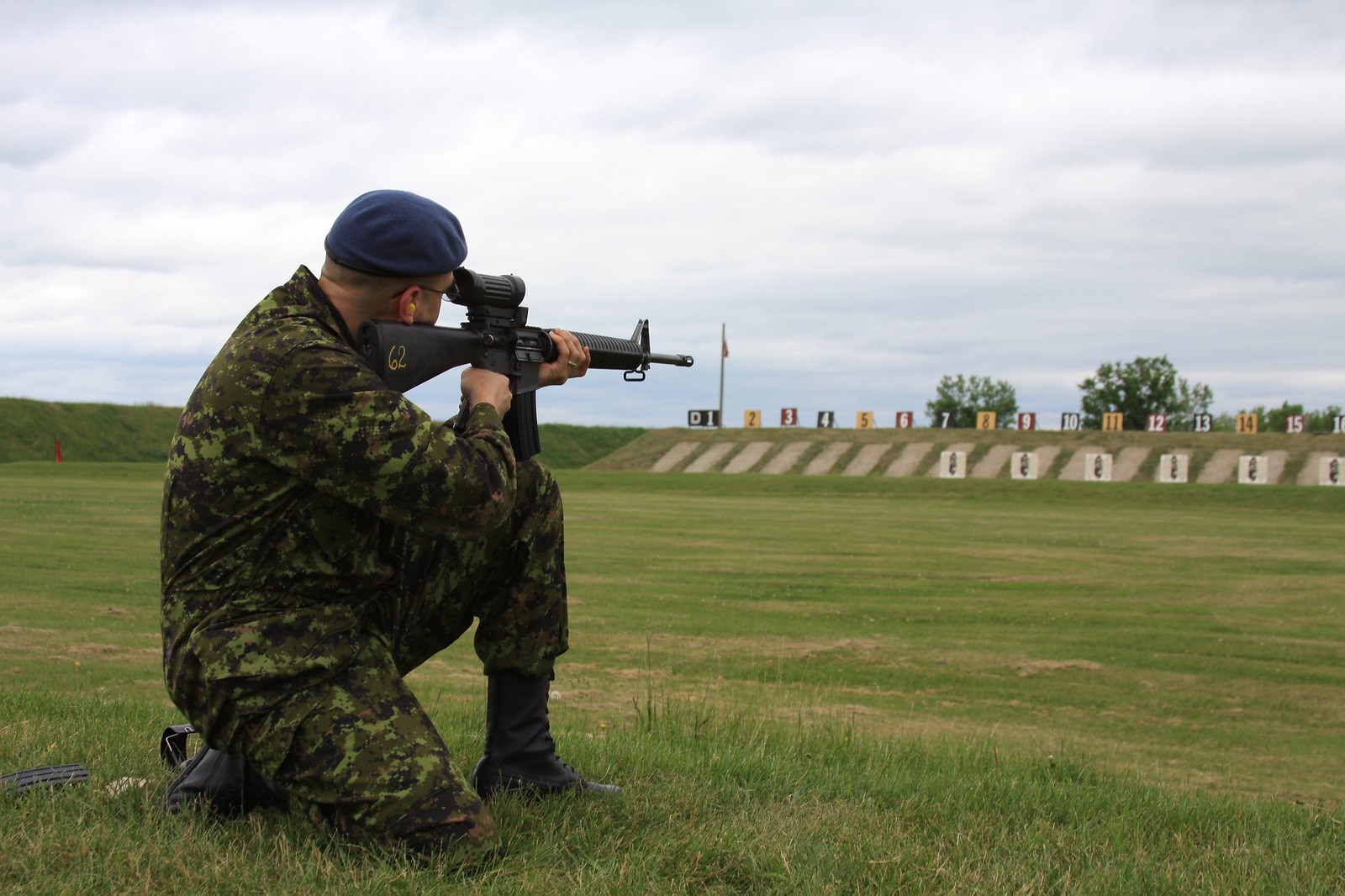 Nice! The girlfriend's a Canuck and wants to learn to shoot, so I'm thinking about building her a C7 or C8 to borrow when visiting. Mind if I pick your brain on hardware sometime? (Personal opinion: every free citizen should know how to operate their country's standard-issue basic service rifle.)

Willybob said:
Yeah ive got more 1911 mags than ill ever use but they call to me,, kinda like a mag horder. I need intervention.
Click to expand...

Who're you kidding? You always need spares, malfunction-prone ones restricted to Range Training, prepositioned stashes... back in college when my now-ex had a stalker problem (we met because I was hired to provide Executive Protection services; to most Loungers who were here when I joined so long ago it's an old story), I had eight or so on my person and in my briefcase, and had her carrying four more in her purse because if I went down the standing instructions were "grab my gun and RUN!"

Hiya DB, nice to see you back! That AR project does sound interesting, btw. And I too, am a mag hoarder.

DeaconKC said:
Hiya DB, nice to see you back! That AR project does sound interesting, btw. And I too, am a mag hoarder.
Click to expand...

Hoarder is such a harsh description, I prefer prepared. Plus the certain ones for my obscure vintages, well lets just say they are not making anymore so if you find them buy them.

DanO said:
Hoarder is such a harsh description, I prefer prepared. Plus the certain ones for my obscure vintages, well lets just say they are not making anymore so if you find them buy them.
Click to expand...

"Too much" is when your hardware consumes more time and effort than the training to use it.

DB, that AR project does sound interesting and I would love to see photos of it. Just picked up a 1960 Colt Detective Special. Need to get it cleaned up and see if I can post some photos. Deacon those are some nice pistols you picked up too.

Kirk, maybe I'll deal the whole crowd in after I've received Pro sign-off. Part of the rub is that the prototype is specially optimized to the unique needs of a left-handed, light/flash-sensitive operator... and the handguard that holds it all together I have literally the last one of its kind that will ever be made, so it's going to take some rework to turn my proof-of-concept build into a production-friendly Engineering Data Package.

Hi guys, some of my sci-fi gun replicas. Real guns have frequently shown up in sci-fi movies or others based on comic books (like The Shadow), suitably modified to look space-age, even as far back as the 1940s. Most are instantly recognizable, if you know much about guns. The Mauser C-96 and its copies (Astra).

And that reminds me of a comic book in the 1950s, which I think was titled "gun master" or something similar. The hero action character had lots and lots of guns, all handguns, if I recall. They were all different and had curious features, including a revolver with a magazine, pistols with the magazine forward of the trigger, which is not really that uncommon. There was a revolver, the Dardick, that had a magazine for its unusual cartridge. It appeared in the late 1950s. There was also the Gyrojet pistol, something Popular Mechanics must have loved.

The E-11 is an inert replica build by Master Replica 15 years ago and the DL-44 is an airsoft replica i weathered. Apart from the Blade Runner blaster which is a model gun, the rest is airsoft. The holster is a copy of the safariland holster they used in the movie, made by a guy in the UK and wetformed on the model.

Turkeys don't fear me, but I can still take down a paper-wasp nest that was too high for my pole-saw to reach. Used the 1966 Browning A-5. 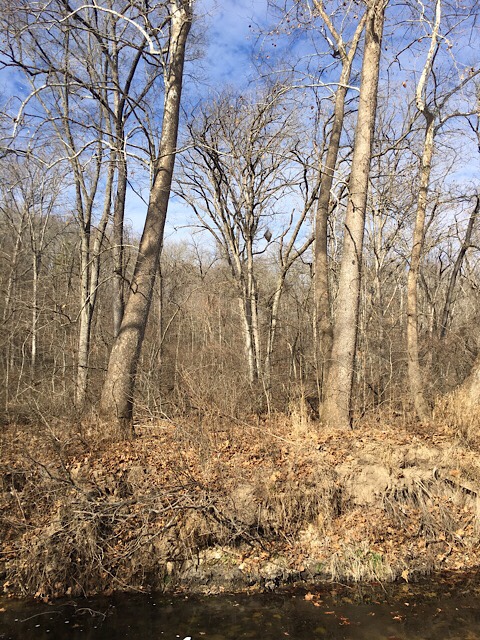 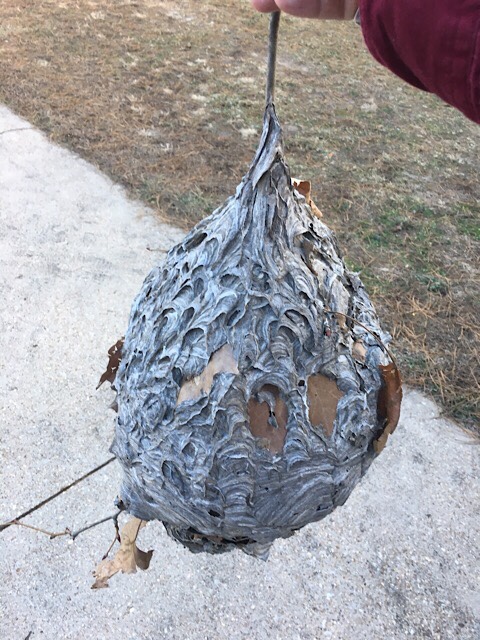 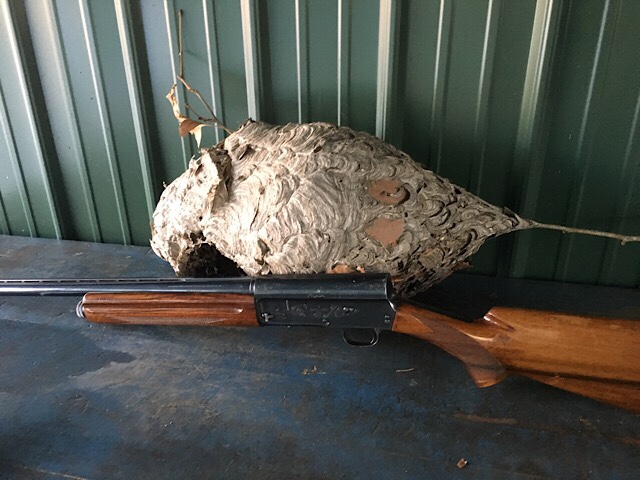 BobHufford said:
Turkeys don't fear me, but I can still take down a paper-wasp nest that was too high for my pole-saw to reach. Used the 1966 Browning A-5.

You showed that nest who's boss! Beautiful A-5.

Desert dog said:
You showed that nest who's boss! Beautiful A-5.
Click to expand...

I will have to post pics later, but a Bulgarian Makarov showed up today. AIM Surplus got some in and I grabbed one. Almost NO wear, was even cleaned of the usual Cosmoline! Only [small] drawback is the target style grip on it. This one has absolutely the best trigger I have ever had on a Makarov in both DA or SA. Ok, cross posting this from the Classifieds page because it is gun/hunting related. I'm looking for a used/vintage Westley Richards "Scotch" bag (or a field/game bag of similar design. Probably a tall order but I'm hoping that someone from GB may be willing to keep an eye out for one.

Jay Gardner
Doublegun
You must log in or register to reply here.