I know nothing of this publication, but I think it's a pretty good list. Note their parameters: Not the most influential, but the best.

Keaton gets a lot of the list. Two of my favorites are here, The Passion of Joan of Arc and Flesh and the Devil. 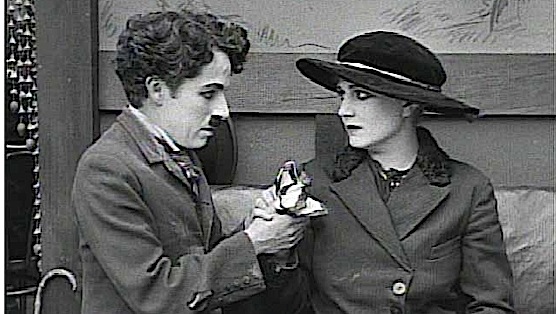 Paste is a magazine with a primary "hipster" readership, so I'm really impressed that they have a list like this. (Of course, the critic knew about all these movies long before anybody else did.) Most of my own favorites are on here, but I'm kind of miffed there's no mention of Harry Langdon. "Three's A Crowd" is one of the most remarkable silent comedies ever made -- you either love it or you absolutely loathe it, but either way you notice it.

I visit Paste every few days but I hadn't seen this listicle. It seems a pretty good list.

I am a world-class Buster Keaton fan, but I think too many of his lesser films are included. There are so many great Chaplin, Lloyd, Langdon, Laurel & Hardy, Chase, etc. films that I'd include before weaker Keaton like "The Scarecrow" or Battling Butler. That said, I can't complain about putting Sherlock Junior at number one. (Or including uber-classics like One Week, The Playhouse, The Boat, The Navigator, Steamboat Bill Jr., The General.)

Lon Chaney seems under-represented, though He Who Gets Slapped is about as uniquely bizarre and disturbing as his films get!