Was anyone else out there a big fan of the TV show “The Undersea World of Jacques Cousteau” that ran three or four times a year from 1968 to 1975? (Sunday night specials, if I’m not mistaken.)

Of course, Jacques Cousteau (1910-1997) was legendary. He was a French naval officer and co-invented the aqualung. He later became a pioneer of marine conservation, an explorer, writer, film producer, and scientist. He was a member of the Académie française and a winner of the Palme d'Or in Cannes.

For me ---as a youngster age 9 to 16—I was a true fan of his show which featured Cousteau and his son sailing the Research Vessel Calypso around the globe with a fearless crew of scientists for real world adventures. I’m sure I watched all 30-something episodes. For a part of my boyhood, I wanted nothing more than to one day be a member of the crew of Calypso. I had a friend who went further and claimed that Cousteau was a father figure to him. For a young person, the show was a powerful cocktail of idealism, humanity, science, and adventure. I’ve been interested in marine conservation and sailing ever since. I even considered pursuing marine biology at university… but that never happened.

Anyway, it all got me thinking “whatever happened to Calypso?” Apparently she is undergoing a complete refurbishment. It’s been going on for years. She’s currently at a shipbuilder in Turkey and there was a fire last year which will further delay things. But I hope the old girl will one day be ready for new adventures.

For any fans, this trip down memory lane might make you smile:

Yes, I watched this show in the 1970s. Cousteau, and his team, were heroes to me as they explored sunken wrecks and swam with sharks. It was all so fascinating for a boy who was born, and lived, hundreds of miles from the sea. All those fish and, especially, dolphins and whales.

We lived in Germany during the 1970s and one of the gas stations (Esso) near to where we lived gave away picture stickers of Cousteau's underwater photos every time you bought a certain amount of gas, which were then stuck into a separate booklet (which you bought as an extra). I still have it, a tad battered but full of color photos of sealife, the submarine he used, the Calypso and the crew.

I remember watching Cousteau's specials with great interest, but it was so long ago that I really can't remember anything I saw or might have learned from watching them. I've always loved the ocean, so I remember being equally entertained whether they were under water or on the Calypso.

Loved this as a kid, remember being fascinated by the sleeping sharks on one programme and how anyone would be brave enough to swim with them.

I remember the sleeping sharks episode too.

Here's a very recent article by a Calypso Alumni. (I think anyone participating in this thread qualifies for that title. )
Article title: "Greatest Job in the world ...working with Jacques Cousteau." Scroll down about 4 paragraphs to the paragraph that starts with "Joining Jacques".

Well... This is strange, indeed. Didn't know whether to post this here or under "the Agents of F.L.A.S.K."!
It seems that Cousteau's grandchildren are going to "investigate" the so-called Shag Harbour UFO incident.
Hope they are not dumbing-down the brand. (Not that the brand exists much anymore.)

Tiki Tom said:
Well... This is strange, indeed. Didn't know whether to post this here or under "the Agents of F.L.A.S.K."!
It seems that Cousteau's grandchildren are going to "investigate" the so-called Shag Harbour UFO incident...
Click to expand... 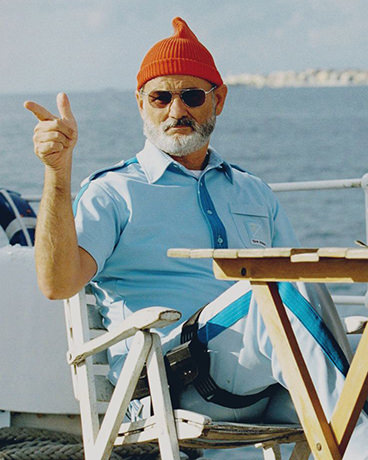 Heck, I can still hear his voice in my head though I haven't seen an episode in decades. A Cousteau special was event TV.


Sent directly from my mind to yours.

Frunobulax said:
Heck, I can still hear his voice in my head though I haven't seen an episode in decades. A Cousteau special was event TV.
Click to expand...

My Dad and I watched The Undersea World of Jacques Cousteau whenever it was on. Everything else stopped. It was utterly fascinating television.

scottyrocks said:
My Dad and I watched The Undersea World of Jacques Cousteau whenever it was on. Everything else stopped. It was utterly fascinating television.
Click to expand...

I was the same way. There weren't seven "science-oriented" cable channels on in those days, so his shows were a big deal. You'd be looking forward to them for days.

Sorry. Can’t stop myself from reviving this old thread. Look what I found. All I can say is that this is a guy who is much more obsessive than I am. In a good way. It’s a beautiful tribute, actually.