So I picked this jacket up today at a flea market, and I noticed that the Harris Tweed logo inside is not the normal one. The jacket appears to be from either the 1950s or 1960s, but I can't be sure because there is no union label inside, but the details seem to point to that era. Any idea when this logo was used? I searched online but I couldn't find any that were the same as this one. 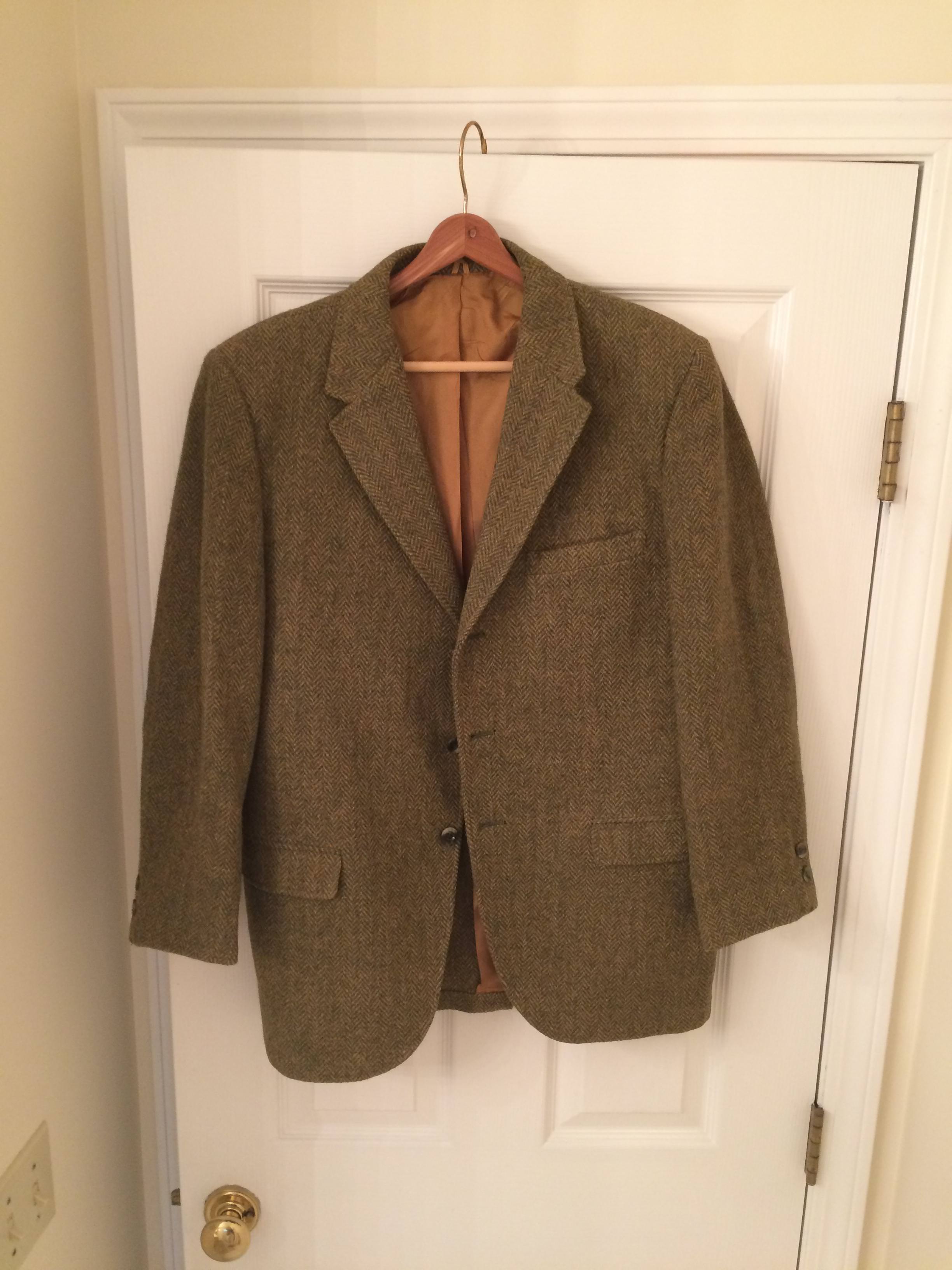 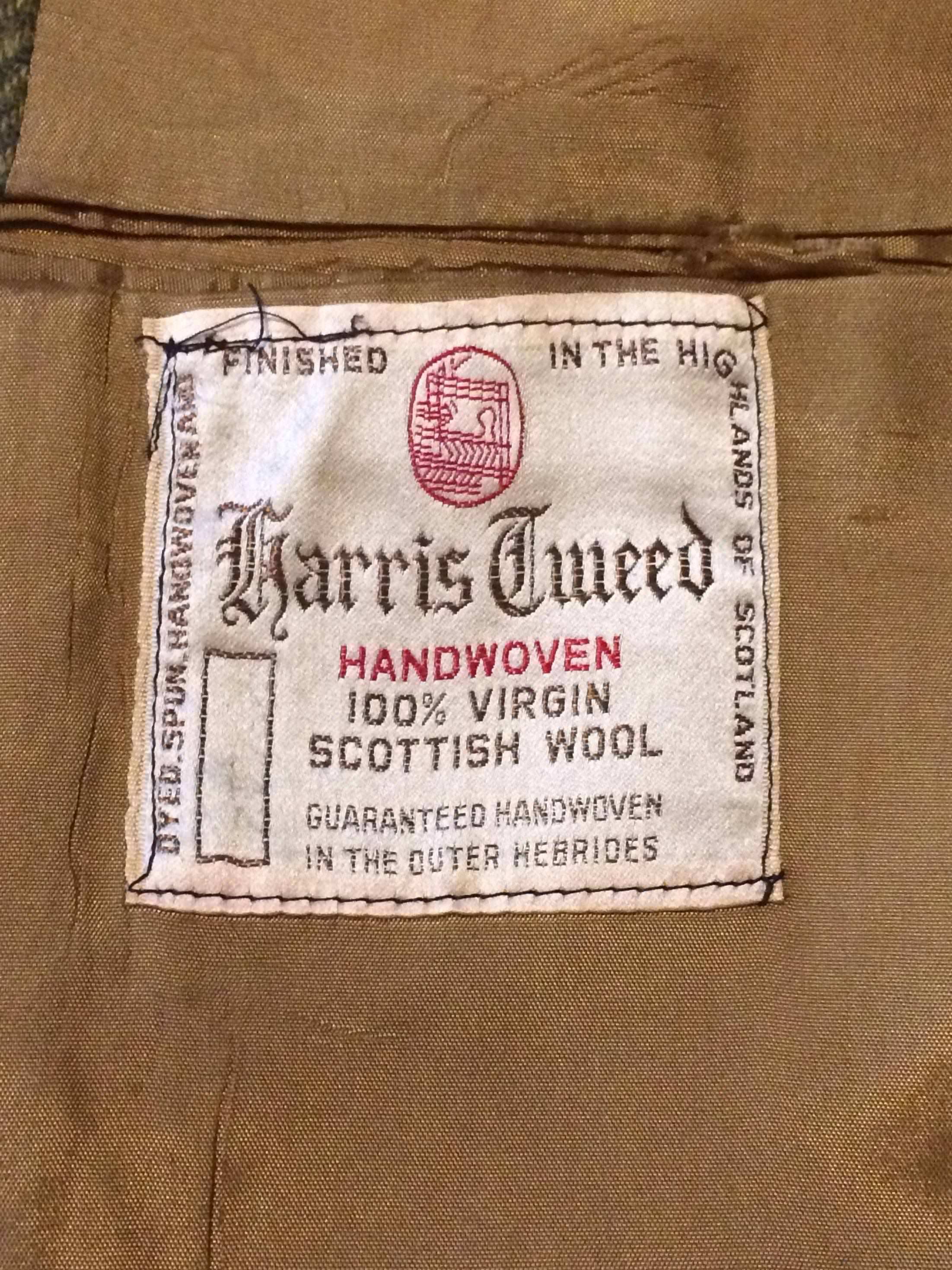 My guess is that it would be related to this info from Wikipedia,

Each of these mills were marketing and selling cloth marked as Harris Tweed but that had not been produced authentically or stamped with the Orb Mark. As such, they found themselves excluded from the lucrative American market, where the Orb Mark had recently been registered.

Also in 1958 the Independent Harris Tweed Producers Ltd announced a group emblem which was in fact a heraldic shield registered by Argyll-shire Weavers earlier. This shield was used as a trade mark by the Independent Producers.

The Lord Hunter Harris Tweed case in Edinburgh High Court was between Argyll-shire Weavers and others v A. Macaulay (Tweeds) Ltd. and others.

It was the longest court case in Scottish legal history[24] and Lord Hunter finally found against the Shield group. Lord Hunter’s opinion was that, a tweed to be legitimately described and marketed as Harris Tweed had at least to conform to the definition approved by the Board of Trade in relation to Certification Trade Mark No 319214 which is the Orb Trade Mark.[25]

The final decision re-enforced the 1934 definition that tied all production processes only to the Outer Hebrides islands and this finally removed the threat of mainland competition."

My guess would be that the jacket was produced in the UK and arrived in the US by way of the original owner.

Location
In a barrel of Adnams Best Bitter, UK

Hmmm that's a tricky one.I think for it to be official Harris Tweed the logo has to include the orb trademark. Maybe it was made from Harris Tweed fabric but it didn't qualify as a true legal product hence they couldn't use the Orb.
T

That's an interesting label... and not the "Shield" label of the "rogue" HT association. A picture of that alternative label and more info. on this dispute can be found on my Facebook page, WaterhollowTweed, here: