torfjord said:
My ride. Only vehicle I own.

I hadn't seen a Dynamo in so long, it took me back in time 25 years! you still use it?

Long long ago. The best motorcycle I've ever had.
Also something I think I shouldn't have sold lol Unfortunately no, it isn’t functional. I got this used 4 years ago and it wasn’t working then. I should probably remove it, but it isn’t in the way so I’ve never gotten around to it.

My old MG still has a dynamo, you have to get up to at least 30mph in order for it to charge the battery efficiently. There's no thermostat controlled fan on the radiator either, just don't get stuck in traffic or other motorists will think that the car is steam powered.

I've been fortunate to have owned some great cars, but as of right now just got my pilot, sold my last sporty car almost a year ago now, taking a break since I tend to buy and sell them alot, but plan to but something relatively soon...

So most recently I learned how to ride on this, and then sold it once I figured out riding isn't for me.

Some of my previous cars, and yes I like silver lol. No the 66/67 Shelby wasnt mine. After owning three I miss the s2k the least despite nostalgia, followed by the Shelby. I probably regret selling the mustang most, then the FRS because both are unicorns now, try finding a 2014 monogram single owner bone stock in mint condition in silver. The most pure driving fun was easily the c5z followed by the Shelby. 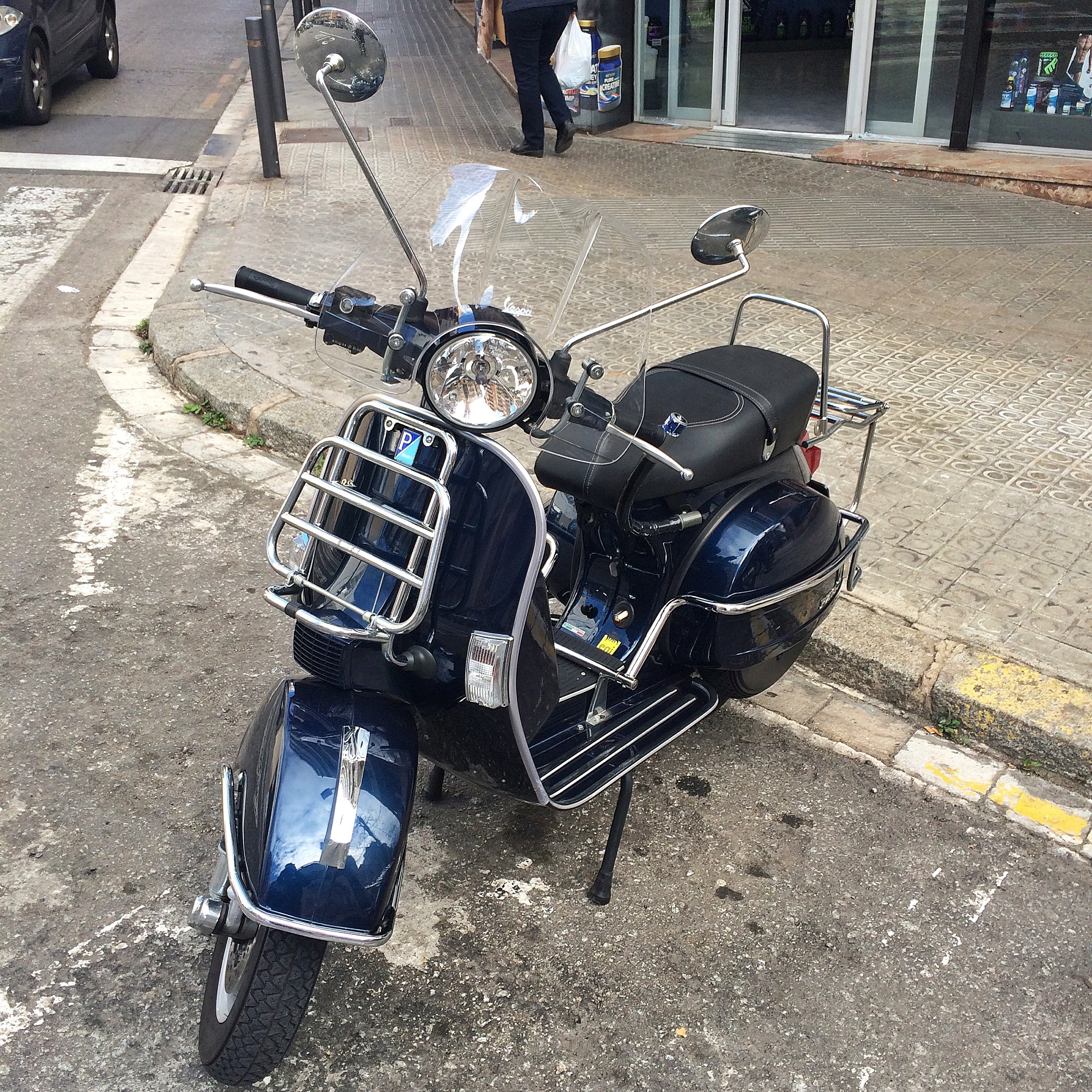 I don't care for expensive cars as we don't really need them here in Barcelona. Also with the disruptive alterations to the streets in Barcelona riding a bike or driving a car is basically a lost battle. They are making circulation more and more difficult and slow everywhere.

willyto said:
One thing I've noticed is that this subforum is full of people with expensive addictions
Click to expand...

Somehow turns out to be the case with every hobby. When I got into collecting WW1 firearms, I built my collection literally out of barn finds and it was only years later that I realized my guns are worth a substantial amount of money. For years I was convinced it's a cheap, harmless hobby and then someone offers you tens of thousands of $ for a C-96. Kind of lost its appeal to me then, can't quite explain it why.

I knew clothes costs money but didn't think vintage jackets would ever reach the prices they're at now. Not sure I would've gotten into it then but on the other hand, clothes is important. Eh...
T

It is a great car, I had three of them. End of the day though they're really rough to just drive around in. Aside from those perfect days, just past sunset, driving under a canopy of trees through your favorite mountain road, keeping it in vtec with the top down, the car can be an absolute chore to drive. That Softail was a current model when I acquired the Heritage Springer. I didn't notice that you have kept it all it's life from new. When my wife and I went to the showroom we had no idea of things like performance or insurance costs, bikers, we were not. I had kept my promise to my father about two wheels.
You don't get a good view of The Springer with the two of us on it. This picture shows you how similar the two models, The Softail & The Springer are. One thing that drew me to the Springer was the classic front forks, but keeping all that chrome polished seemed to go on forever. That's why I didn't go for wire wheels on the classic MG. Here's a submission from the the American Dinosaur Contingent. A 69' #'s matching Judge I've had since 82'. Long stalled body off frame restoration that my Dad who passed almost two years ago and I started. Life got in the way then Covid ; ) Back at it, hopefully pissing neighbors off by fall. Second pic is the day I brought it home many years ago. Evo's are the best!

What a terrific thread this is!

Nowadays I just drive a little Toyota as my commuter, but I have this little Triumph for fun.

I've not driven since I moved to London in 1999. I never actually liked driving anyhow back in the day, but it was a necessity. Plans for a vehicle of some sort have had to go on hold as it's going to be a year or two yet before we can move house, alas. If the Big Lottery Win came in, I'd love to have some sort of vintagey-looking camper van with enough room in the back for a couple of electric bikes or a motorcycle so we could drive up to the Highlands in Scotland in the van and use bikes locally.

If I can afford it, I'm seriously considering one of these as a fiftieth birthday present to myself:

As well as an electric bicycle, they do these with a bigger motor up to the electric equivalent of a 250cc. I love that they have preserved the look of these early bikes too. My only dilemma would be whether to keep the pedals: early motorcycles commonly had pedals up til about 1913 so that if your engine conked out or you ran out of petrol you could still pedal home....

I do love that red one. Hells, if the really big money came in on a lottery win, I'd buy both an electric bicycle version and a hopped up one....

I can only dedicate myself to one hobby at a time. My last "fun car" almost bankrupted me... Just finished putting this 2005 Ducati 749R street bike together. Time to sell it and make more room for all the other bike projects I have lined up. Does anyone else ride dirt bikes? Here’s my Husaberg fe570.

Schambach said:
Does anyone else ride dirt bikes? Here’s my Husaberg fe570.
Click to expand...

hell yeah. Lots of fun to be had on 2 wheels. Dirt, flat track, supermoto, mini moto and road racing. I love it all. Anyone else have the feeling there’s a vaguely familiar biker from Australia who would have loved this thread?
T Just picked her up. My favorite type of car has always been small two seat coupes with classic proportions and simple drivetrains. I'm at that stage where I can truly appreciate this car more than I ever would in my 20s.

When I first saw an RF back in 2016 (2017 was the first year) my jaw dropped. They updated it in 2019 with an updated engine, so I drove one finally and it was just such a throw back of a car. Low belt line, revvy engine, good mechanical feeling, feels like it's going faster than it is rather than the opposite. The updated engine finally has enough character and charisma that's fitting for a car like this, and I fell in love with this color which is a slight departure from what I normally get.