Visited Cuenca and bought a hat or two...

Preliminary remark: no pictures! If some one could point out to me how to get the photo's from my computer to this article...?... thanks (sorry for being a nitwit).

Irène and I went to Ecuador on a three-week holiday, taking locally available bus transport to visit varying places of interest.

Hat-related content had us planning to visit Cuenca and nearby hat-weaving locality Sigsig, where there is a woman's cooperative. Montecristi was never an intention, being too far away without any other touristic center of interest for us.

A general note: Ecuador, at least the central backbone of the country, is dominated by the Andes mountains, most are volcanoes. Many of these are 4000+ meters (well over 16000 feet) high, with a handful of 5000 meter and 6000 meter high tops. Due to cloud cover, these are often not seen, and it's difficult to imagine that these effectively very high mountains are as high as they are: they look more like big, no, -huge- hill masses.

The inhabitants are mostly Indians, of several tribes, which dress differently from one another. These people are, generally, very well dressed, their clothes are impressive and, more often than not, women and men wear very fine looking hats.

The men usually wear Borsalino or Stetson look-alikes (their sweatband stating "made under license from Borsalino", but the relative sloppiness of the workmanship inside the hat makes this very hard to believe. Mostly, the hats are made from seriously stiffened wool felt. Prices go anywhere from $20 to $70, but I don't seriously know because I never intended to buy such hat, so I didn't negociate. Some hats come with a wind-trolley and the button that goes with it, some look like Stetson Open Road models, oft with a remarkable reverse taper, and some men ... look extremely handsome in their hats, which they wear totally naturally, no show...just daily wear.

Women's hatwear is more diversified; one common feature is that the hats appear to be velvetlike, in various colours. Almost alway very clean, like the rest of their clothes: impressively well cared-for. Some wear bowler-hats, some look like little Alpine hats -with a thick rope-hatband-, some women wear what looks like the same hats as the men...the styles vary considerably from one region into another.

Only in the Cuenca region did we start to see paja toquilla hats. Mostly women wear them: very, very handsome, with a rather broad rim. Whilst these hats look fabulous, I had my hand on a few of them, and they are incredibly stiff, almost like cardboard. Putting one on my head, it didn't exactly fit around the perimeter, and ... it hurt! Not anything like what I was looking for.

But...what kind of paja toquilla hat was I then looking for? For starters, in the capital, Quito, I stictly strictly no hats of interest. People don't (generally) wear "Panama" hats, with exceptions. I must say that, quite generally, we didn't see many woven hats anywhere in the center of Ecuador. In Cuenca, I knew the chances were better to find something decent, and we'd set-up for going to Sigsig, one of the villages where hat-weaving is traditional.

Unfortunately, it was carnaval time. Cuenca was closed, Sigsig was feasting in the rain. When we got to one weaving place, it was locked, and the police were kind enough to drive us back to the center of the village to take a cab to the other weaving center of Sigsig. Having arrived there, it was as closed as the first one, but some one phoned some one else and soon a lady came running up the hill with the key. Inside, the floor was strewn with unfinished hat bodies, there was a water-vapour machine for shaping hats, and there were some finished hats, mostly in the "Cuencano" crease. Prices were cheap, starting at less than $16, there were some $200 hats there but I wasn't so much into the "Cuencano" bash, and it wasn't the day to have one shaped as I liked, the place being in fact closed. So I put my back-up plan to work, i.e. to buy an inexpensive hat for a friend in France, not a hat-amateur, whose head dimensions I had noted down. I ended up picking up a $18 hat, but because the lady didn't have change for a $20, that's what I paid, the truck drive down the hill making up for the missing change...

All in all, our visit was not quite a success. And, in Cuenca, the shops were also closed (for all of three days!). Ortega? Closed! XXXXXX? Closed (and the shop looking perfectly derelict, from outside). But we were lucky: Barranco was open!

Now, we'd already visited Barranco before going to Sigsig, but I'd not gotten into buying anything because I wanted to see what Sigsig had to offer. Barranco prides itself upon their "hat museum" and, sure enough, they have a great number of hats on display. But these are relatively low-priced hats, for sale to any passing tourist. My knowledge of Spanish is perfectly functional, and soon a friendly saleslady was showing us around the premises. I got to try on an $800 hat: Montecristi. I tried on a $200 hat...very nice Cuencana styled hats. After a while, much hesitation on my part, the lady returned from a back office with a pile of unfinished hats, the price written in pencil on the inside, $50 to $80. Fine Cuenca woven bodies, liked them, so I picked one for $60 and Barranco ably set to work preparing it to my taste.

I expressed my wish for a "Gambler" style, with an elliptical-diamond crown and a flat brim. Flavio, the person responsible for shaping hats, set to work selecting a few forms, time was spent determining the exact size of my head, the style I wanted and the unfinished hat went into the steam-machine for a few pressings, until it came out exactly to my size and looking right. Then the hat went off to the lady with the sewing machine, within a minute had the inside (cloth) sweatband affixed and a nice -coffee coloured- ribbon (glued) on. Presto! I came out of Barranco's, cardboard box with hat in my hand, feeling like a king!

Let's be clear: this is not a collector's piece. It's not a $1000 hat. But it's a fine looking paja toquilla and the way Barranco shaped it made my day.

In closing, one remark: I believe the best Panama hat days are over. Grab one while you can.

Just calculate: in Quito, two small Papa John's pizza's and two small bottles of mineral water set you back $20. How could it be possible to continue making fine hats, the weaving whereof might take 100 hours of work, and sell them -middlemen's fees included- for $200? It doesn't add up in today's terms...

Greetings Pablo and thank you for the great report. I hope you will be able to share your photos. You can always host your pictures on a remote website and insert links to the photos as in the old days. You should also be able to attach photos directly from your computer using the <upload a file> red button below the reply box. Hope that helps.

Thanks Alan and Hi! Tried uploading but even reduced files were stated to be too big. Let me work on this, pictures will come...

The first sign we saw leading to a hat shop... 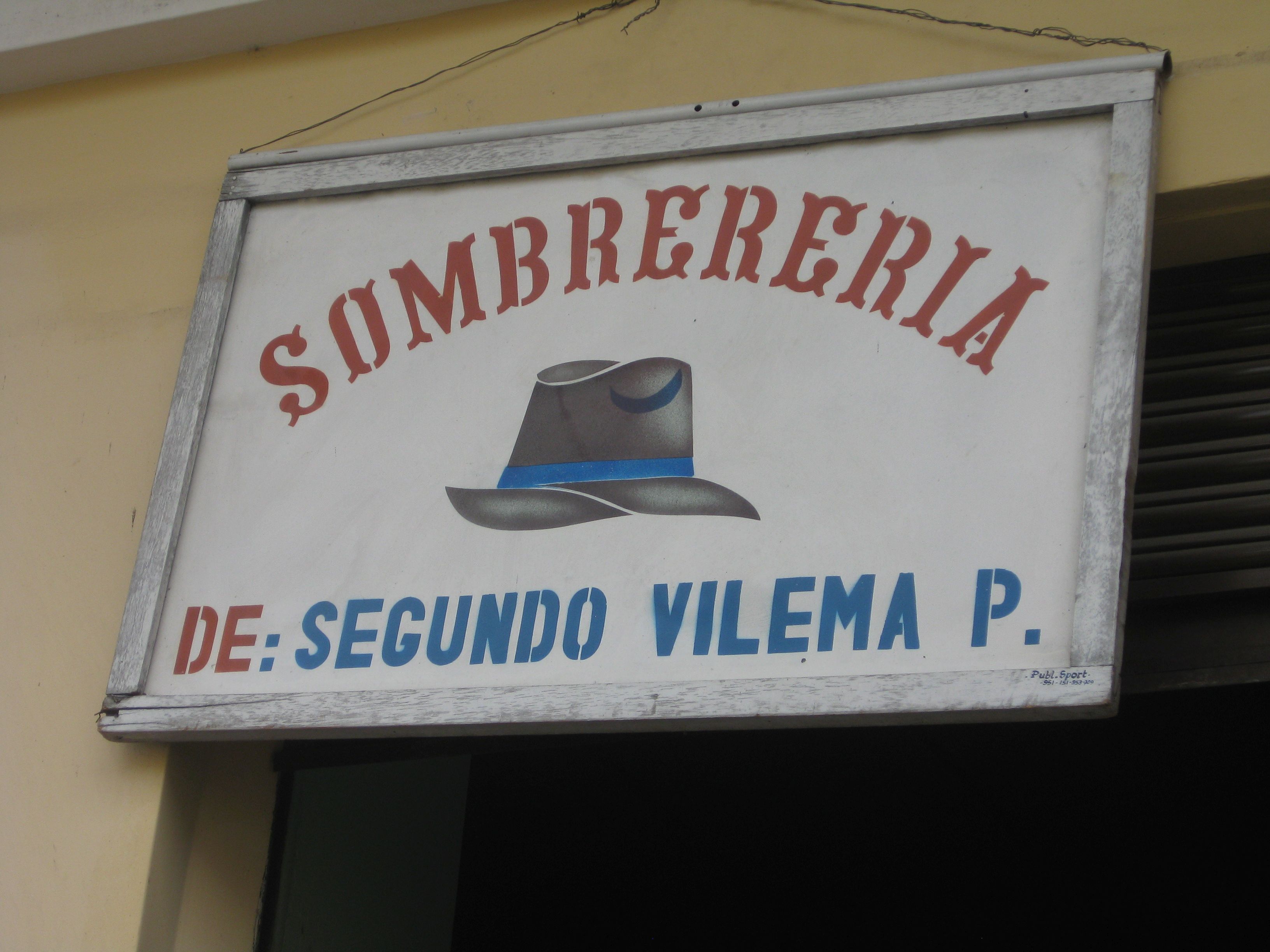 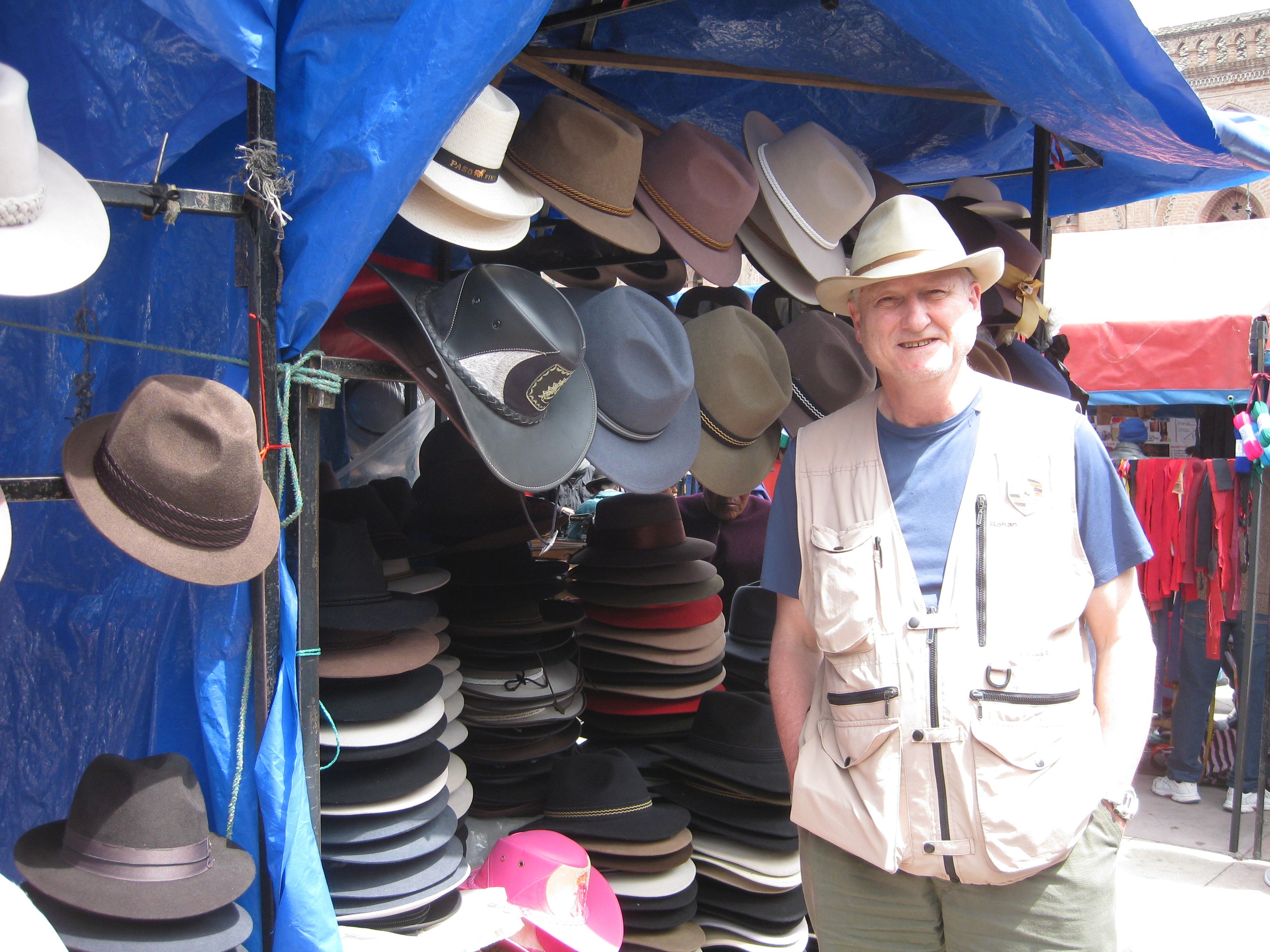 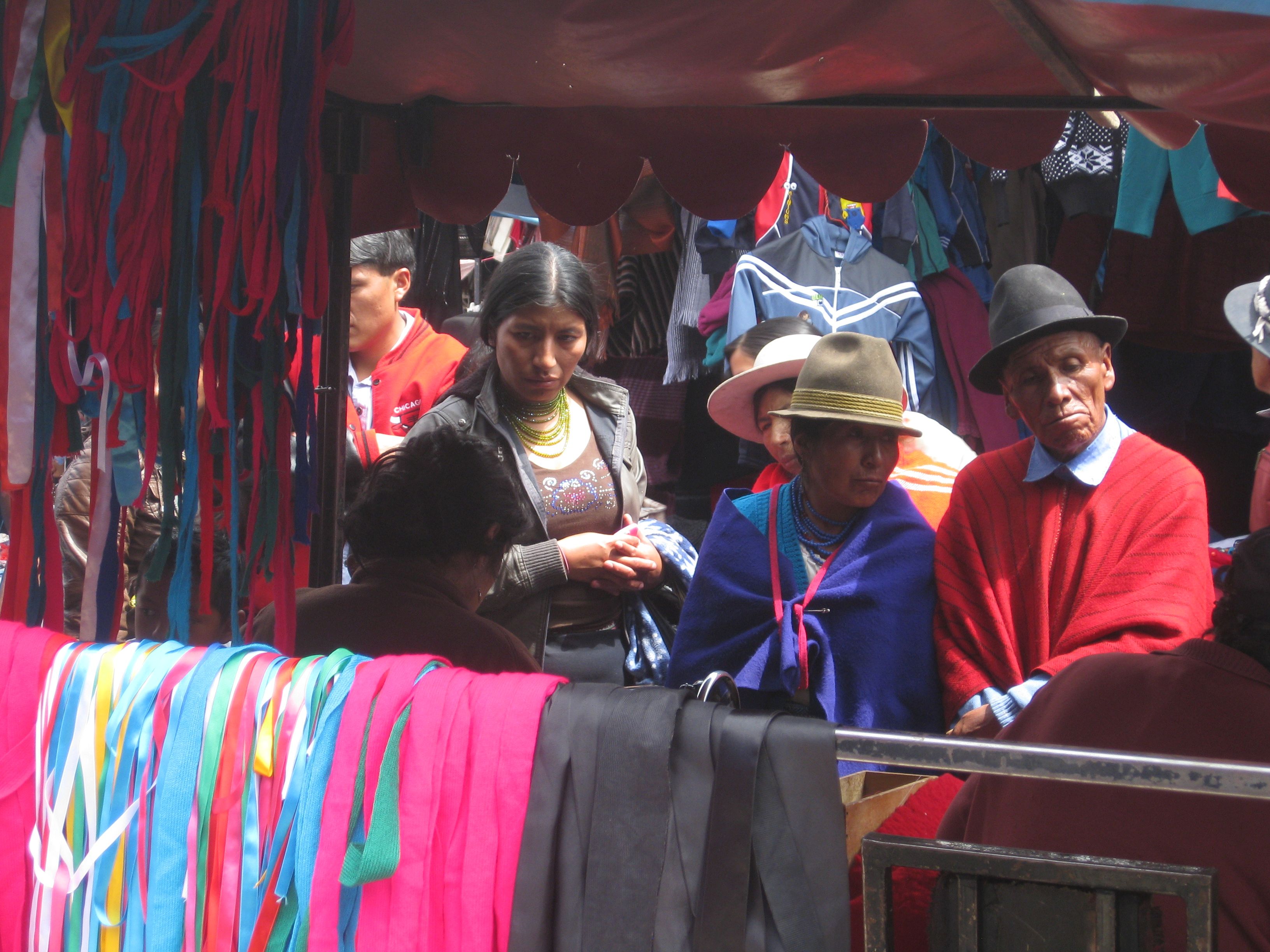 Carnaval in a village very near to Cuenca. The ladies' "paja toquilla" hats are...hard hats! Note the different styles. 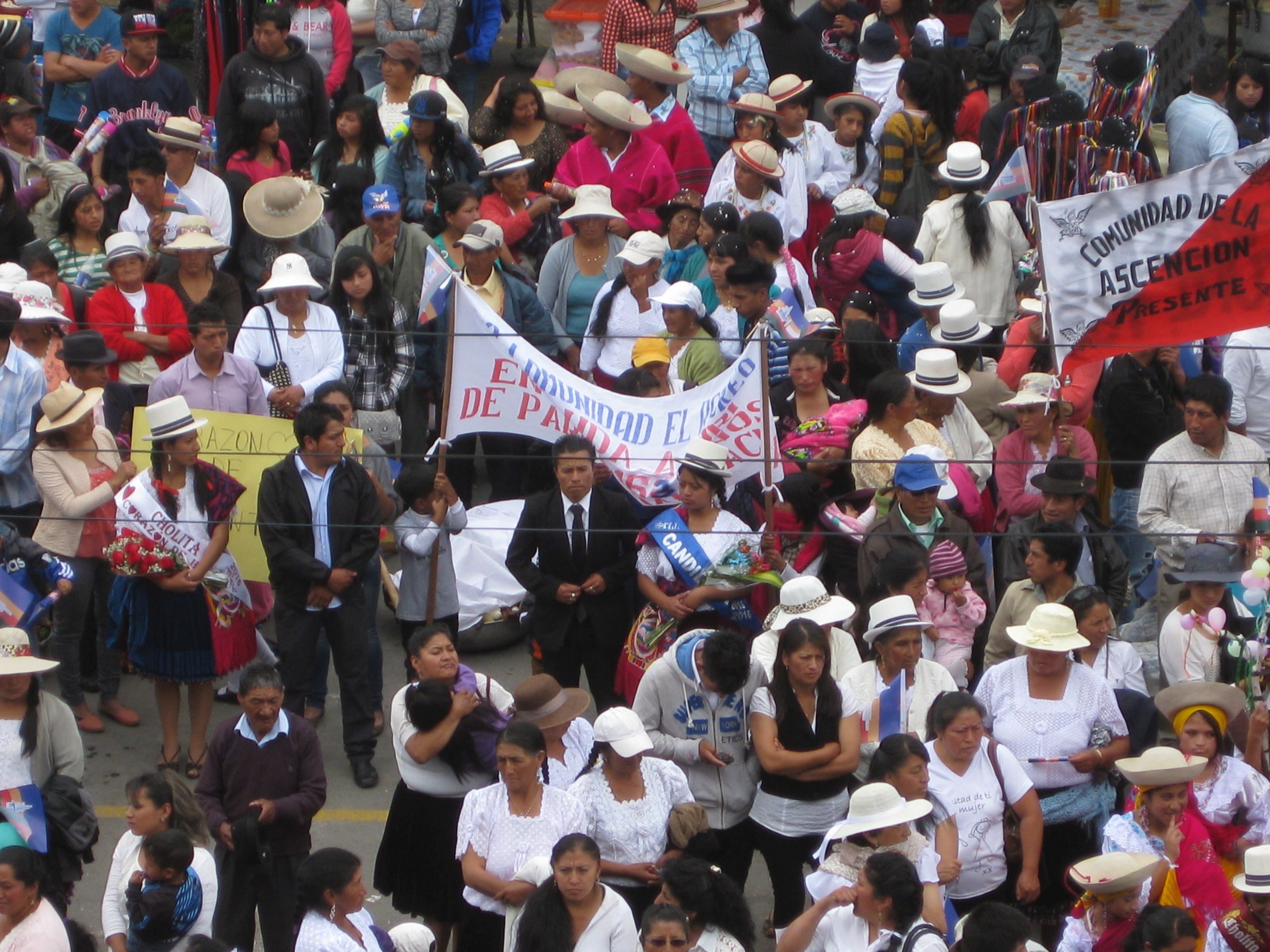 A floorful of unfinished hat bodies at the ATMA manufacture in Sigsig. 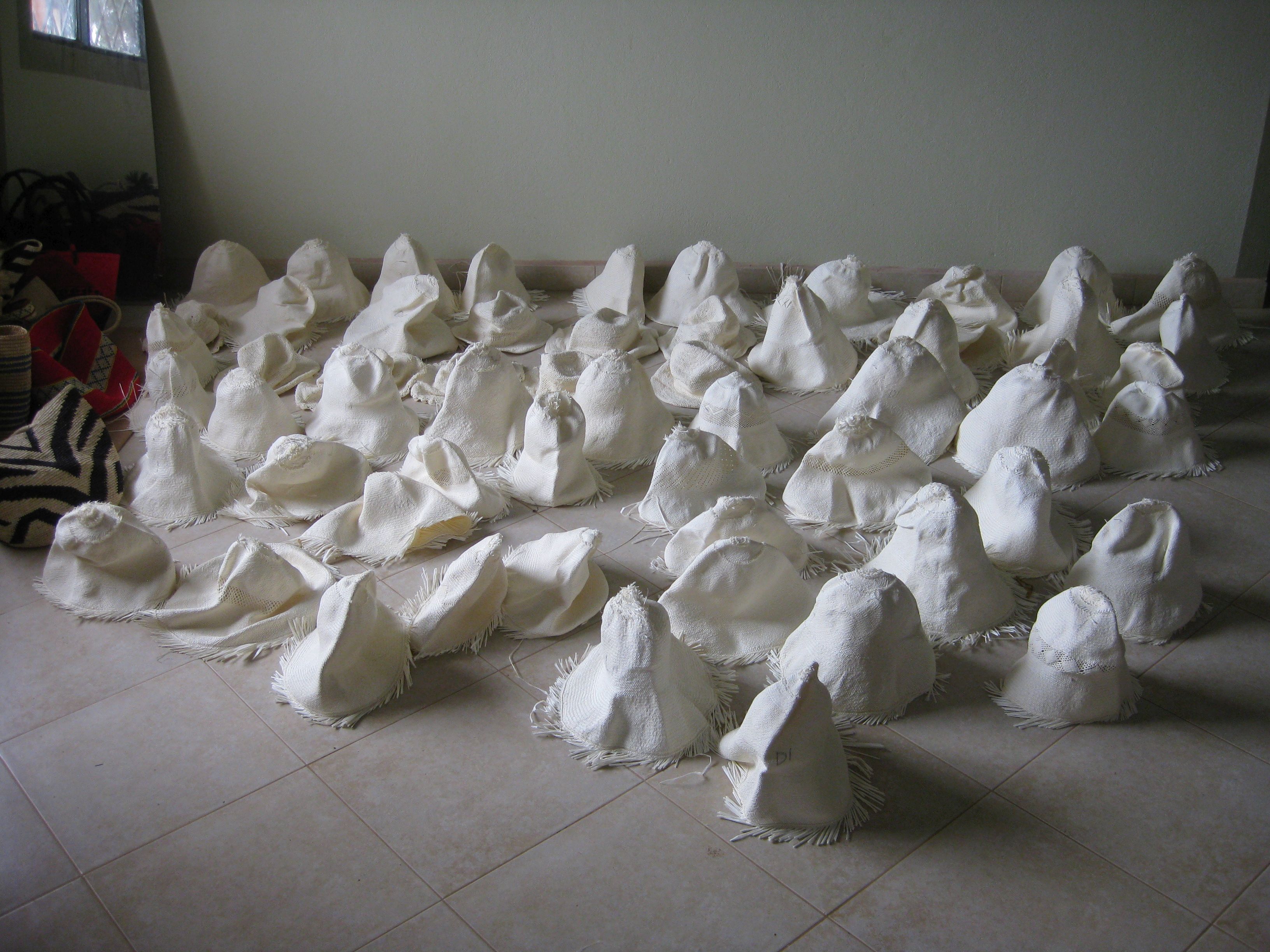 This is the partially finished hat body I chose to be mine! 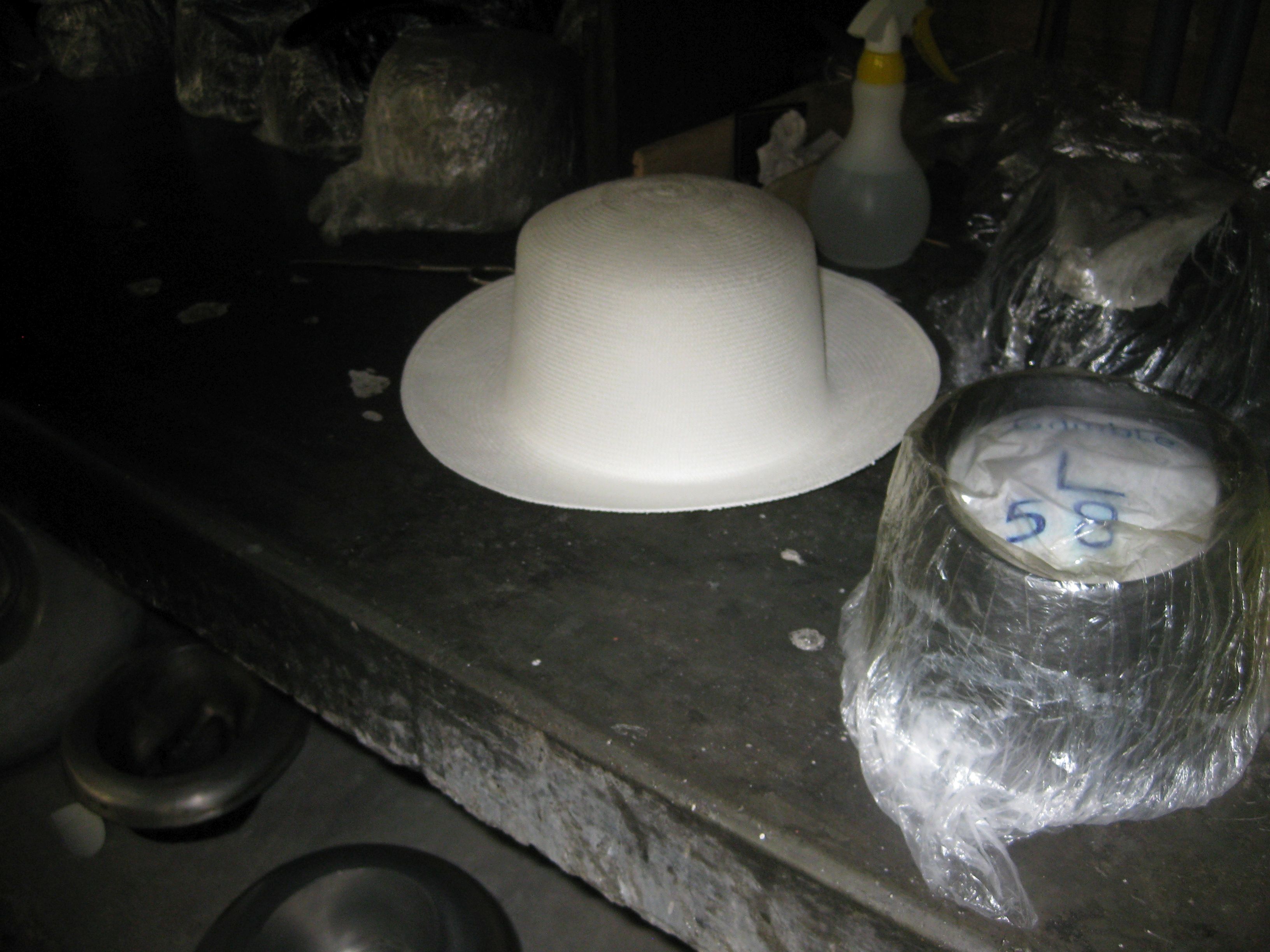 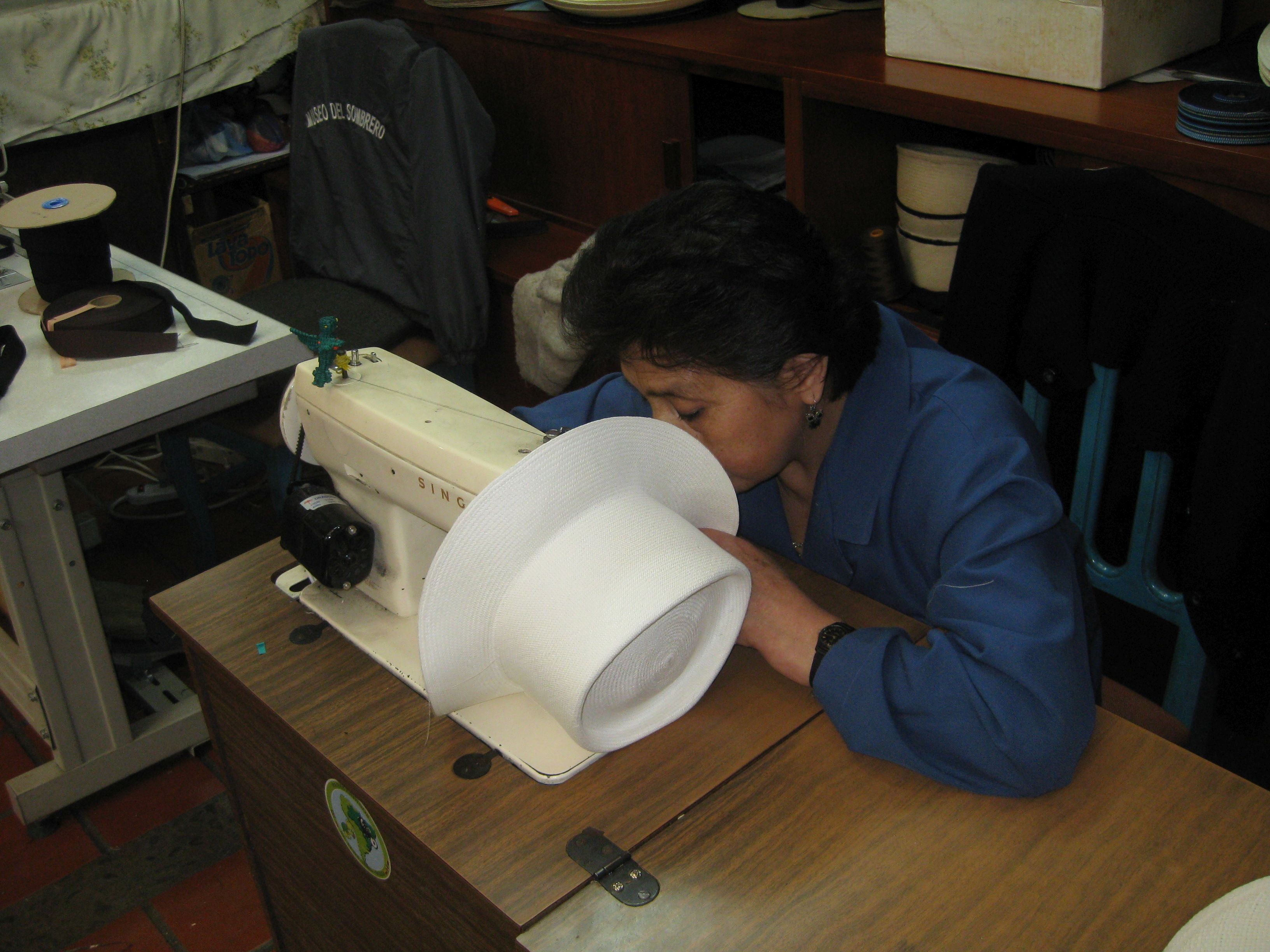 Sewing on the (cloth) sweatband. 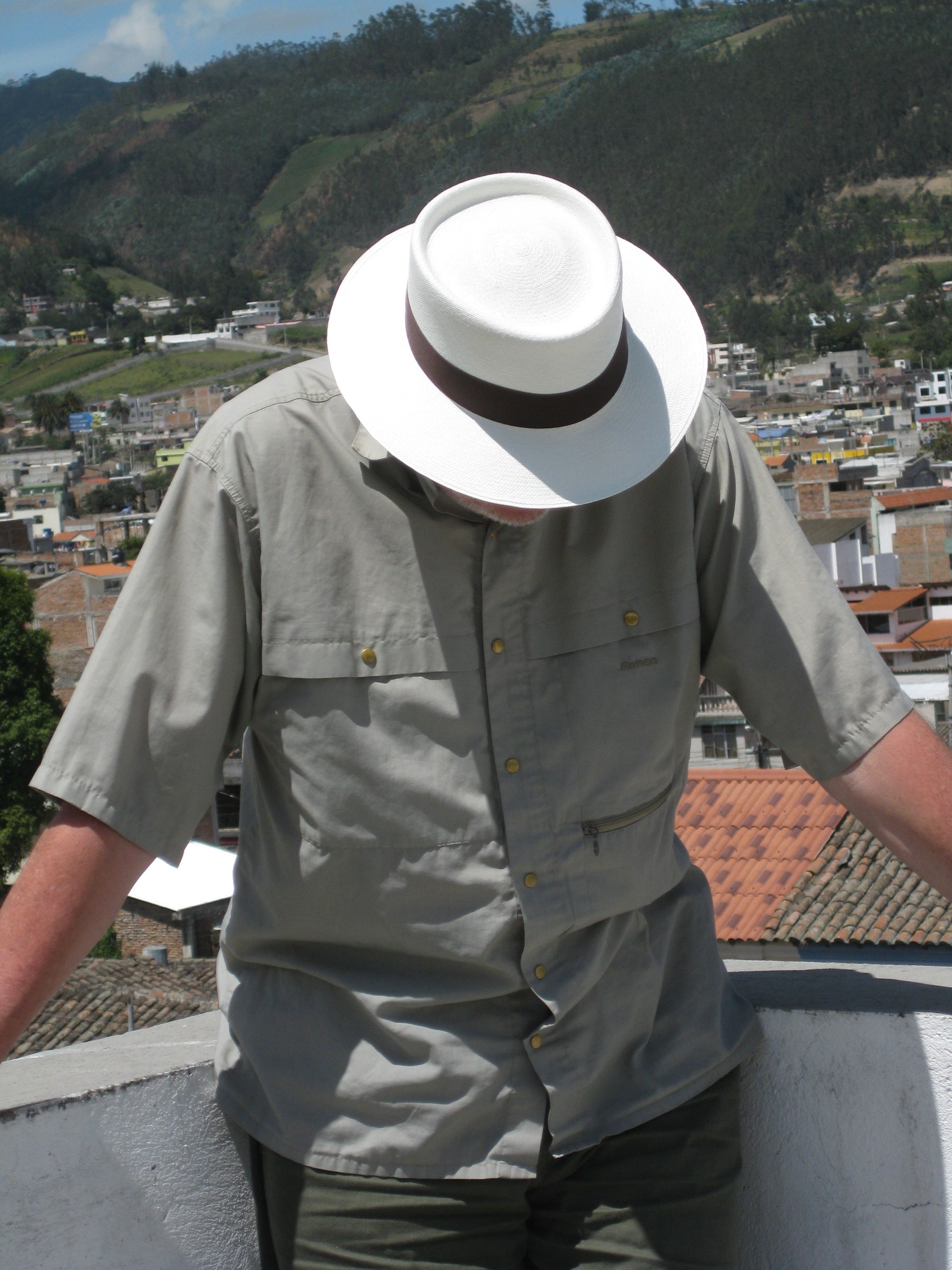 Very nice, Pablo. Thanks for the pics.

Bamaboots said:
Very nice, Pablo. Thanks for the pics.
Click to expand...

That's a style I like. A super clean gambler—very nice.

Thanks for the report and photos. I enjoyed the read.

Enjoyed reading about the trip! I have read on TFL before that casually looking for nice llano weave (Montecristi) hats can be a chore, you have to invest some time and effort.

Wonderful photos. The one of the large crowd seems like a painting, the composition is so good.

barrowjh said:
Enjoyed reading about the trip! I have read on TFL before that casually looking for nice llano weave (Montecristi) hats can be a chore, you have to invest some time and effort.
Click to expand...

Undoubtedly true! I believe trying to score a high quality Montecristi would take several visits, departure, re-appearance and a measure of luck finding "the" hat. At the right price! Like any worthwhile venture, all involved must become convinced of the seriousness, dedication and competence of the participants prior to a balanced level of agreement being reached and delivery ensues.

Dear Pablo, I just came by and enjoyed this story of yours entirely. I can relate to your feeling about the Ortega being closed, I had the same in Paris back in 2000, when Musée d'Orsay museum workers were on strike, and no impressionist paintings for visitors to see. Saw a few Japanese having their struggle of taking teir lifetime holidays getting to Paris and to see a closed door..... On the dwindling of artisanship - Back in 2007 when I started frequenting the Fedora Lounge, I got my first Cuenca panama hat from a Budapest Milliner, called "Hozdik kalapos". He closed in 2010. His studio is now still to let/for sale. Another hat shop on the same ringway just capitulated 2015, this year his studio is empty. The second generation milliner "Veres kalap", where I got my two rabbit felt hats in autumn 2007, in the VIIIth district, my birthplace, is now also gone. Some fastfood locale instead. What you see now are Baseall caps and those cheap trilbys in textile. Anyhow thanks for this report.