Since some people want only Shorpy pictures in the Shorpy all Stars thread.
This thread will be for image found all around the web.

Since it is May 16th a after Straw hat day. Here is a Straw hat picture. No straws here, yesterday, too rainy and chilly.

tens of thousands of photographs

Yes the above is from the Libary of Congress collection. Just showing one image at a time. Anyone that finds one that they like can link to the image so all can see.

carouselvic here is one from the Denver Post . Most of the images are from the Libary of Congress collection.

The Wiser Hatter said:
carouselvic here is one from the Denver Post . Most of the images are from the Libary of Congress collection.
Click to expand...

That is a great photo. Very cool hat bashes and the lady in the white coat is stunning.
Last edited: May 18, 2011

A hat was not just for fine dress.Worker at carbon black plant. Sunray, Texas, 1942

Great shot! Tons of character in that face. Harvey DeForest Hinman (1865–1954) was born in Pitcher, New York. In 1893, Hinman, who had come to Binghamton in 1889, went to work as a clerk for a lawyer named George F. Lyon. Later that same year, Lyon took on another law clerk, Archibald Howard, just out of Lafayette College. In 1894, Thomas B. Kattell went with Lyon as a law clerk. In 1901-1902, the three joined together to form Hinman, Howard & Kattell, an upstate New York law firm that continues under the same name today. 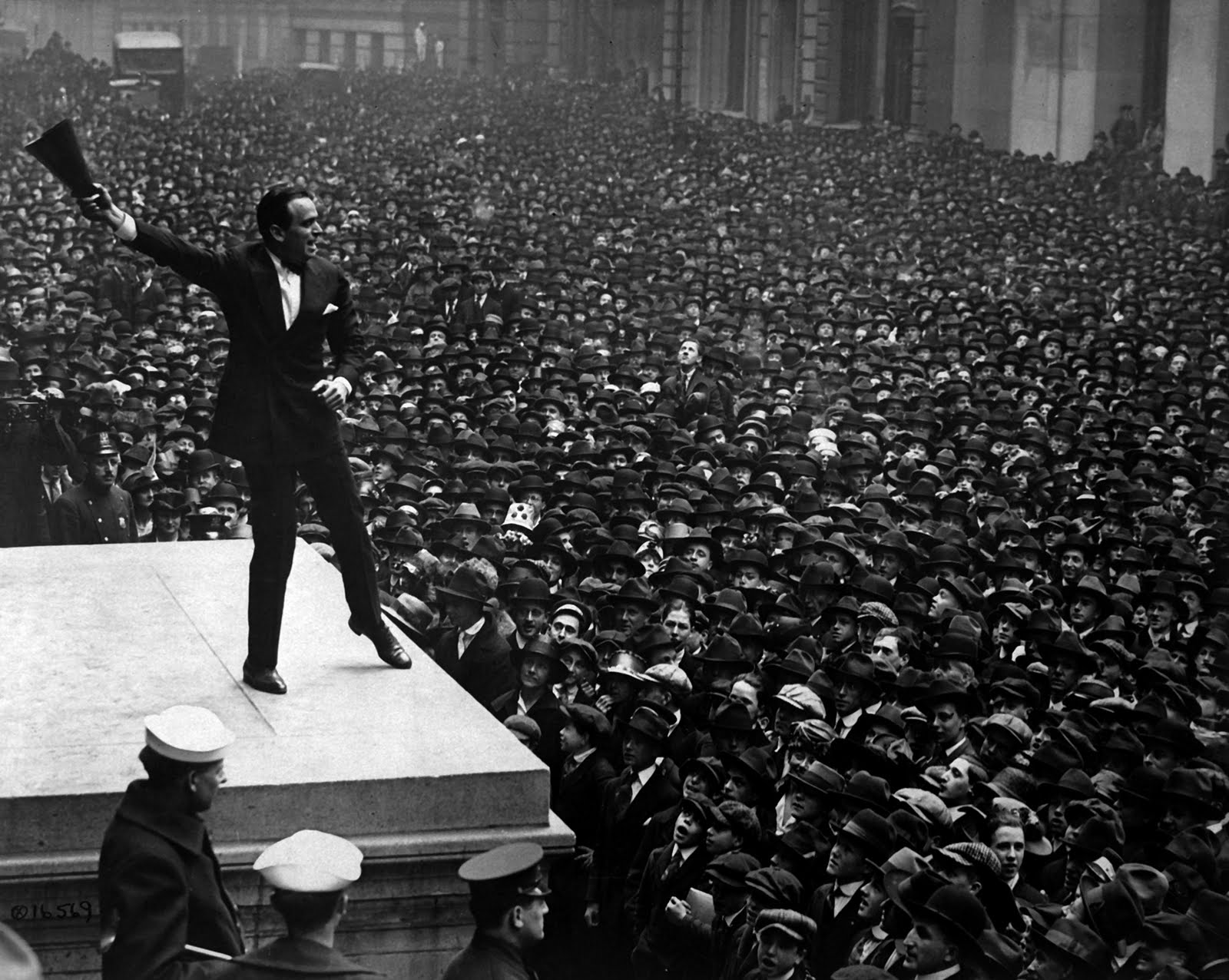 I had missed this... what a photo! That's either a very tall fellow in the crowd or an opportune soapbox.


Here is another (from the same day) with Charlie Chaplin in it. The image is huge. Follow link -> ChaplinFairbanks

* It will go into a slide show once you click on the pic. You can right-click, save as, on the hat pic. Hat Person of the year in his famous BORSALINO. Picked up a copy of a great photo today at an antique mall. There is some writing in the bottom right corner. I can only make out,"Brown Co. Police Green Bay, Wi.". Their white armbands say "Special P...." something. Anyways, thought it was a great hat/clothes pic. Was too big for my scanner.