Oh, there's no question it's based on Grumman Aerospace Engineer Thomas J. Kelly's second design for the Lunar Module: 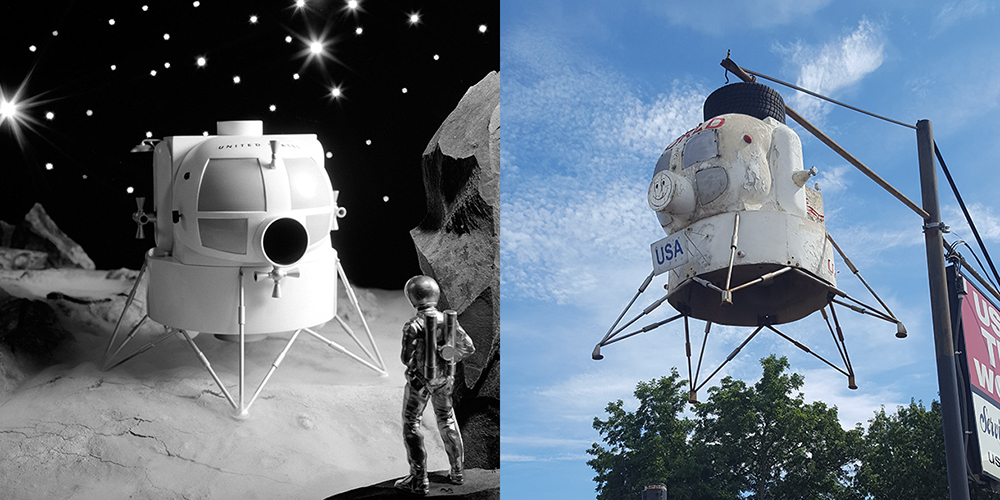 Looks like Batman & Batgirl are partial to Steak & Shake. 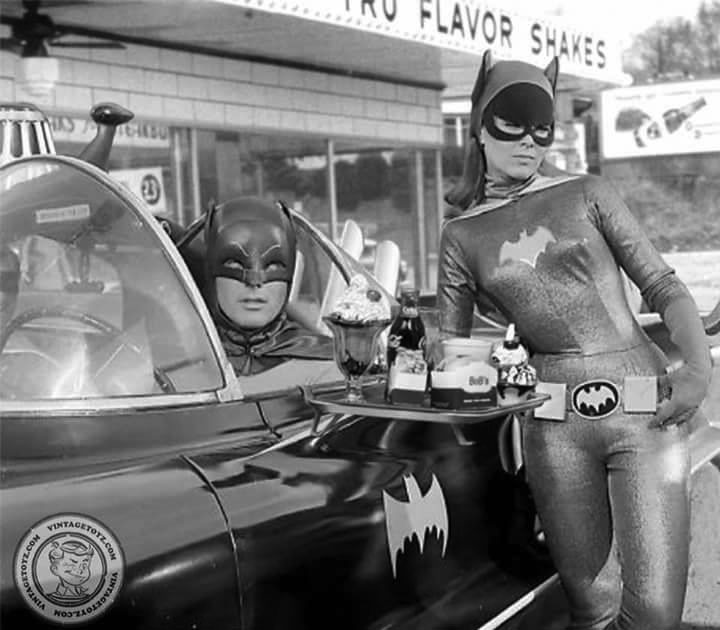 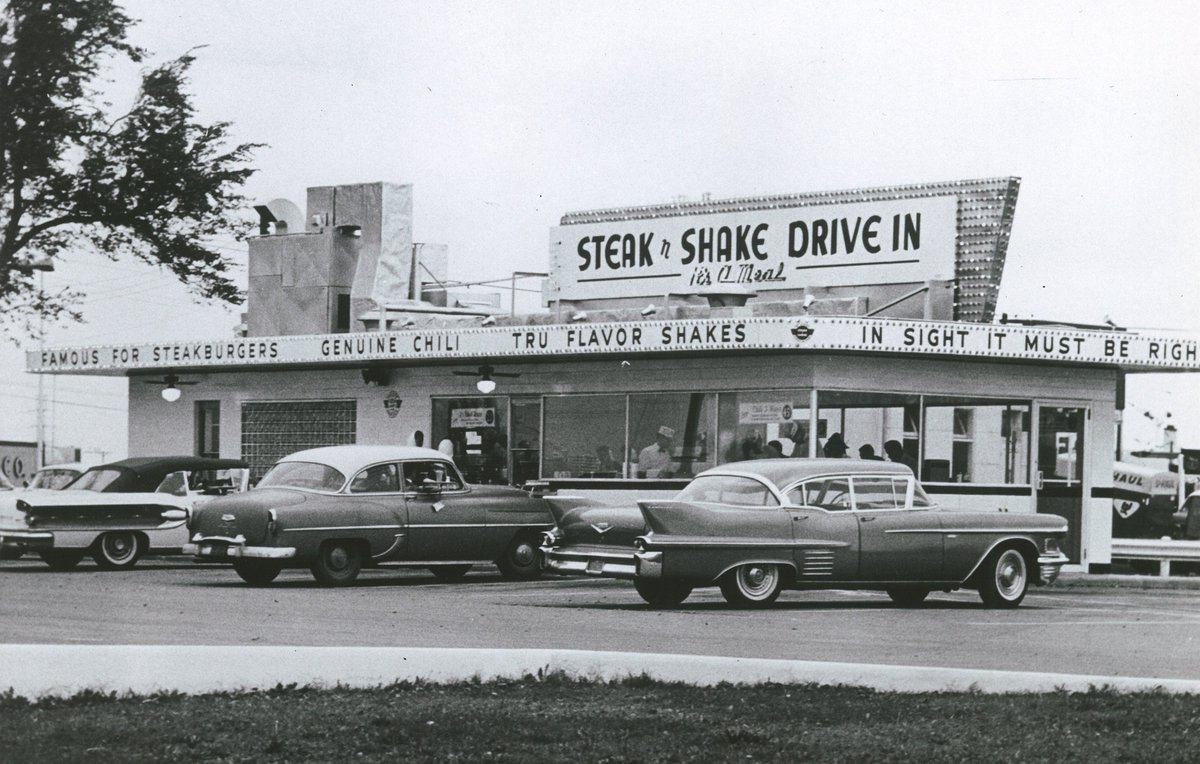 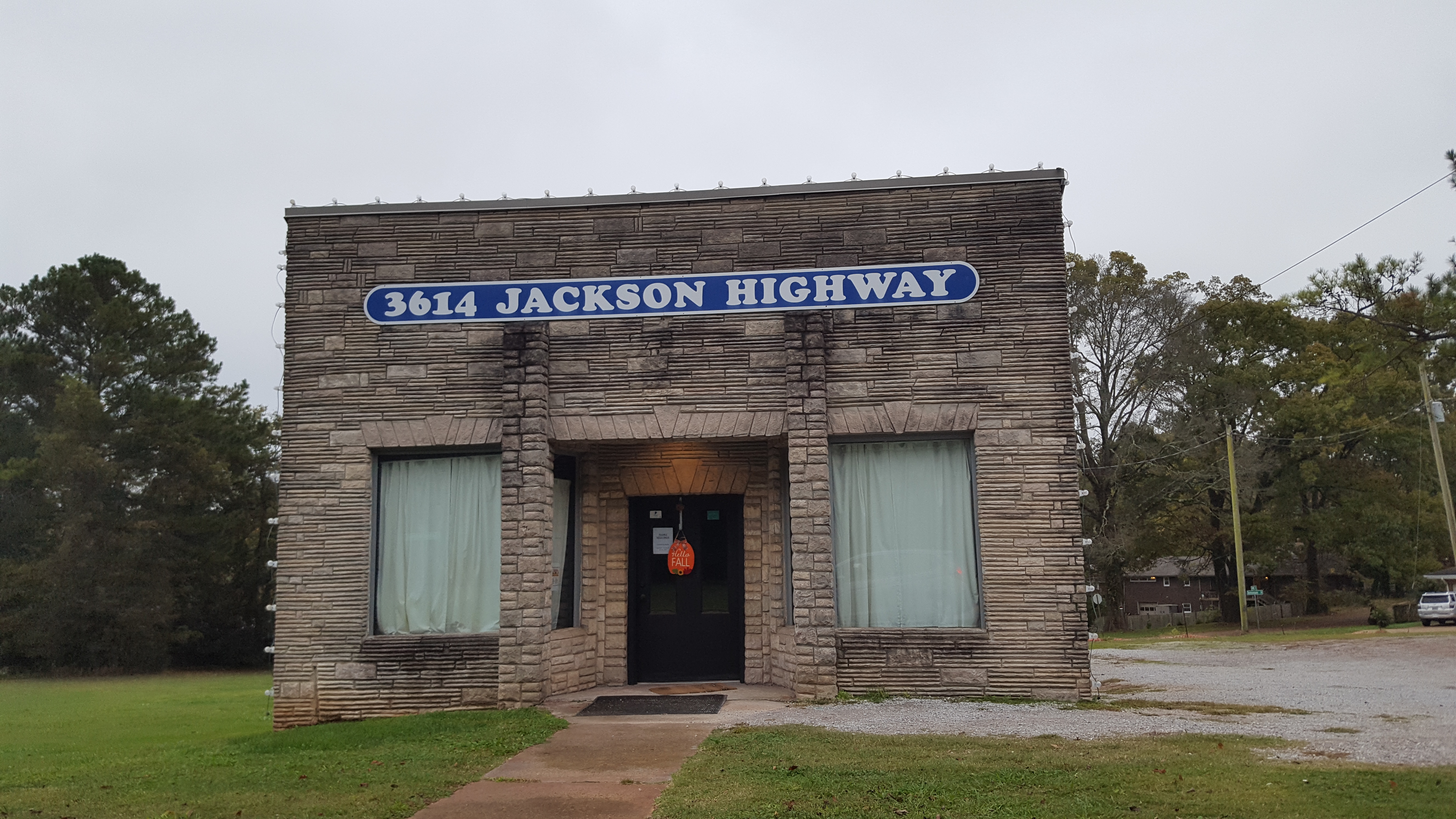 Built in the 1940s as a casket showroom, in 1969 it became the Muscle Shoals Sound Studios and history was made.

Built in the 1940s as a casket showroom, in 1969 it became the Muscle Shoals Sound Studios and history was made.
Click to expand...

Now Muscle Shoals has got the Swampers
And they've been known to pick a song or two (yes they do)
Lord, they get me off so much
They pick me up when I'm feeling blue, now how 'bout you? 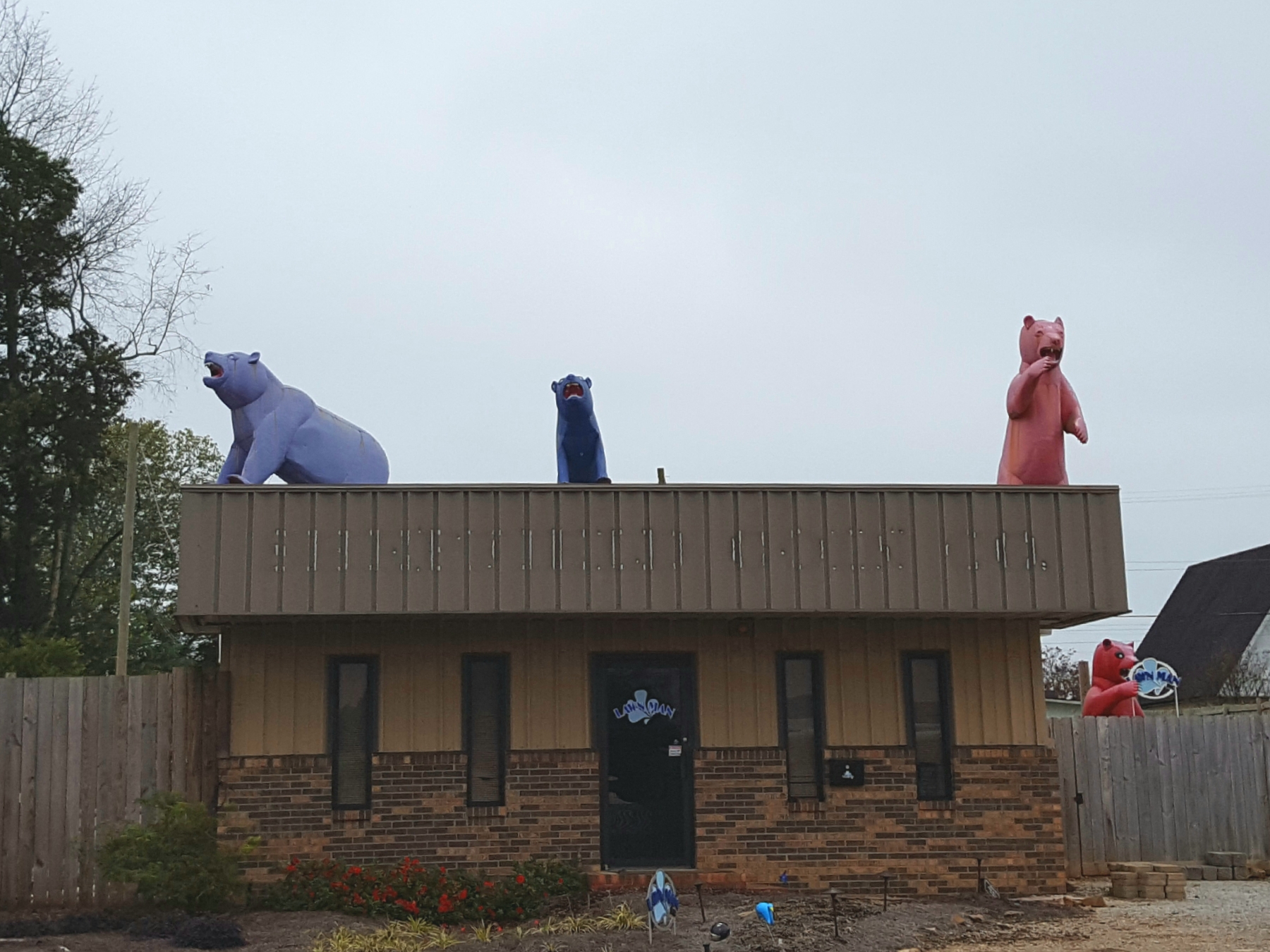 It appeared to be some kind of lawn care business, which only added to the wtf factor. 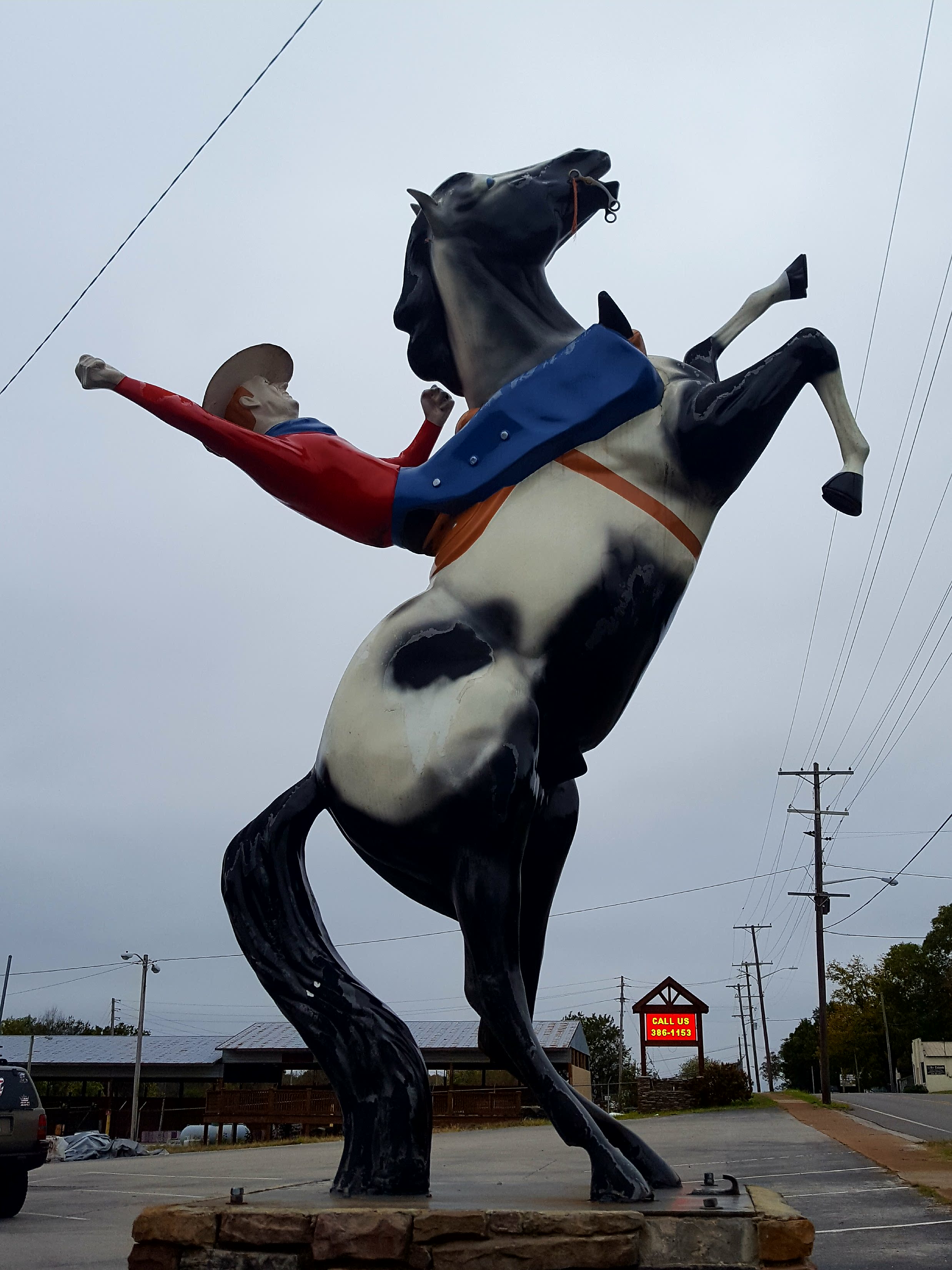 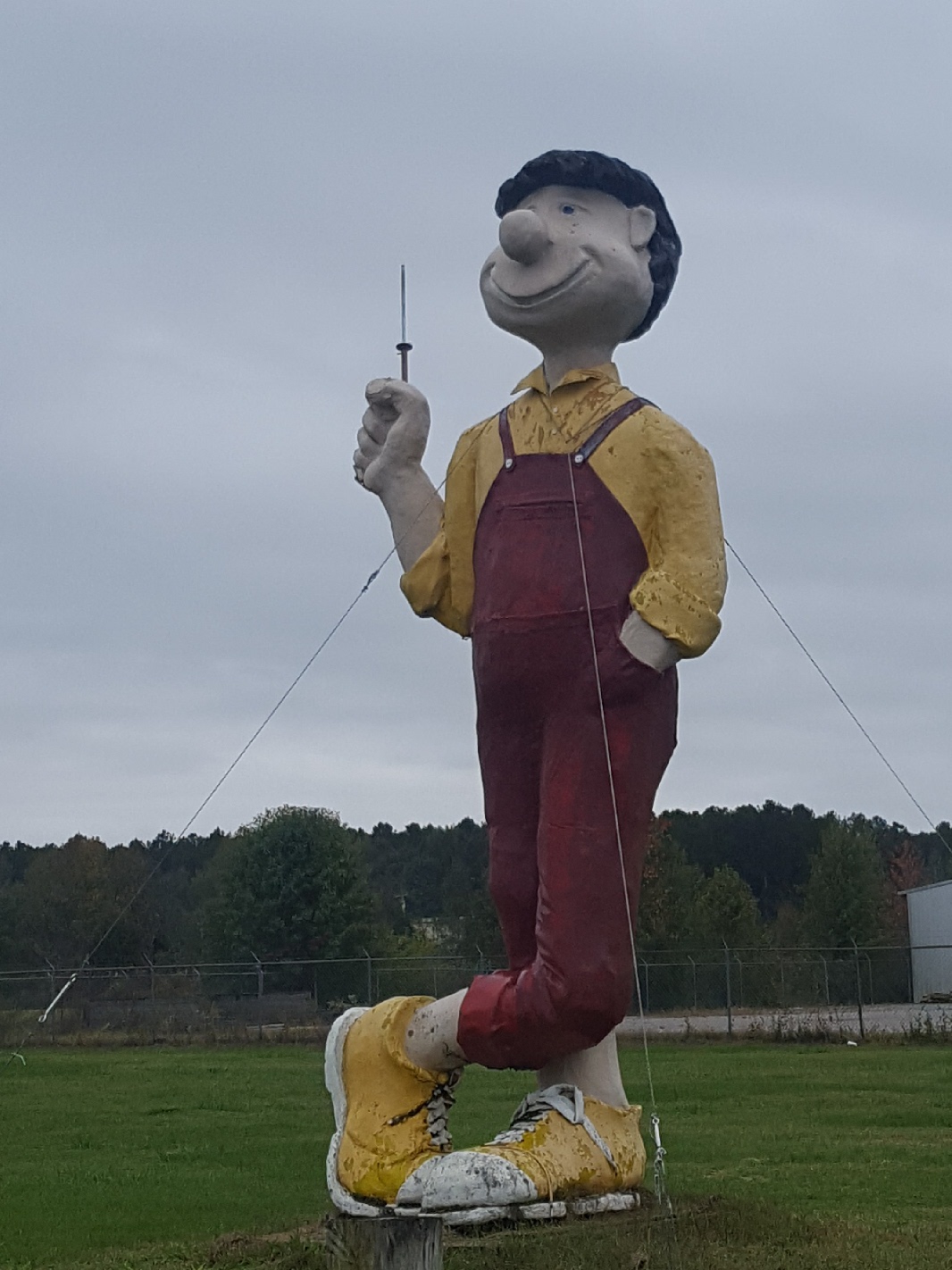 I think this guy's name is Discount Dan.
I don't know what he used to be holding in his hand, but these days it appears to be a giant syringe. Hard times we're living in.

Dan is up around Athens, AL...or maybe Rogersville. Somewhere on US 72.

It appeared to be some kind of lawn care business, which only added to the wtf factor.
Click to expand...

Maybe the owner just digs bears, or he got a deal on those figures and thought it would be a good way to attract attention to the business?

^ Discount Dan there looks like something that stepped out of a Fabulous Furry Freak Brothers comic book.

Some images of Mickey Mantle’s Holiday Inn in Joplin, MO. According to the Joplin Globe:
The original Mickey Mantle’s Holiday Inn contained 53 guest rooms. The $500,000 motor lodge offered a slew of amenities including a ‘pleasure-eating’ restaurant, a meeting room for 150 to 175 people, and a $15,000, 55,000-gallon swimming pool.
Additionally, the motel offered bonded baby sitters, house physicians, room service, valet service, 24-hour switchboard service, bellhop service and free advance teletype reservation service. The Holiday Inn and American Hotel Association credit card system was in place, which enabled all room, food and beverage bills to be charged to the individual’s room. Each guest room had its own radio, telephone, 21-inch television and a private all-tile bath with a sliding glass door.
Mickey Mantle and Harold Youngman stayed connected with the Holiday Inn corporation until the mid-1960s. Mantle later clarified the relationship in his book, stating, “We ran the motel eight years, then turned it over to a group of investors from New York, making a substantial profit. I collected $100,000 down, in addition to a payment plan of $1,000 a month over the next 20 years.”
The Holiday Inn franchise stayed at the 2600 Range Line location until 1980. "One of the legends that remains today concerning the filling of Table Rock Lake is the proposed dismantling of the old highway 13 bridge seen above. As the legend goes, trucks and equipment were still on the old bridge in preparation for its dismantling in 1957 when they were overtaken by the flood waters. To this day, the Old Hwy 13 bridge is 100 to 140 feet under water." 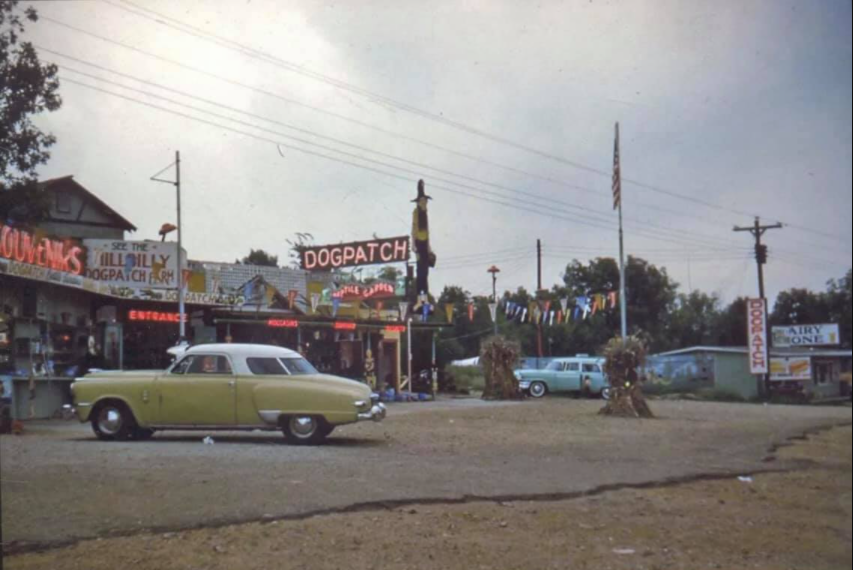 Very cool! I low key kinda dig the hillbilly shtick. I dig that Studebaker, too. Looks like about a 52 model.

Ja-Fa-Fa-Hots.... sounds like a dance, or a venereal disease, lol. 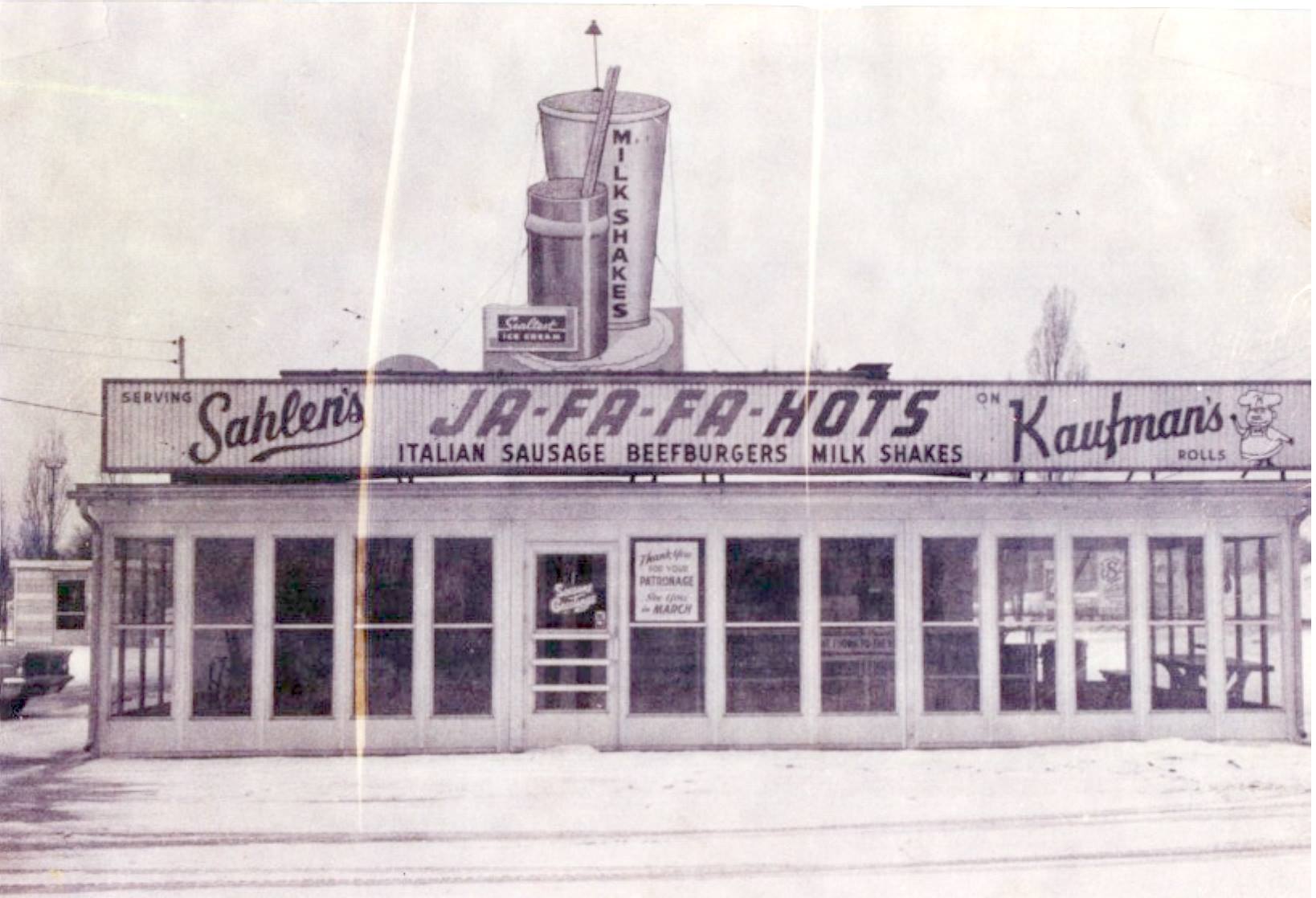 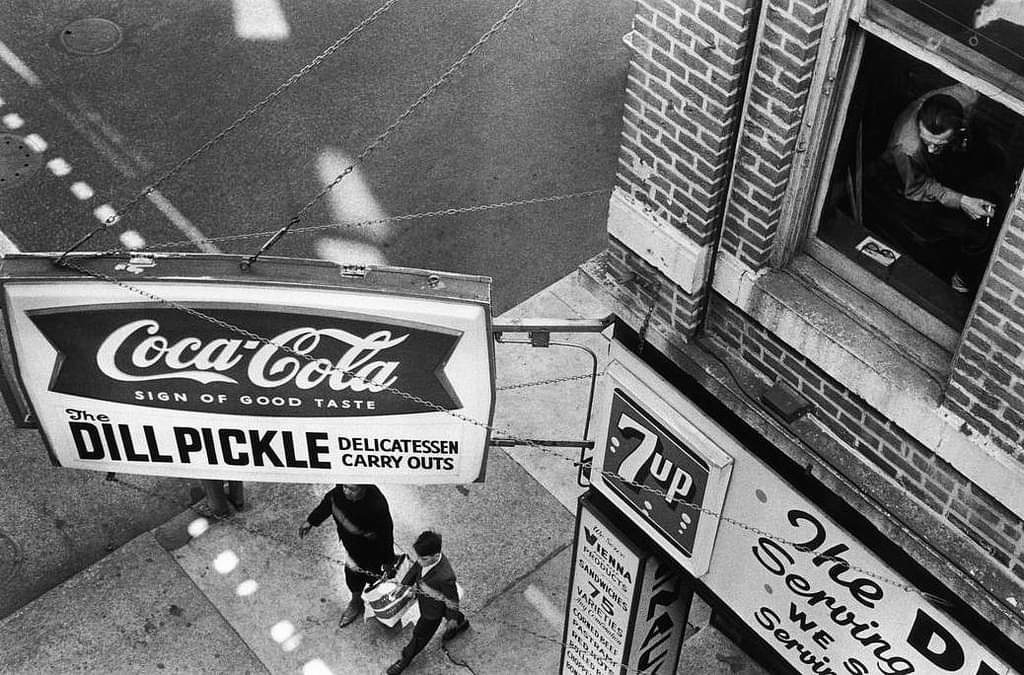 If by chance the admittance bar is much lower than I believe and I do get into heaven, that place will be there.

^ I wanna' know what's up with that cat in the second floor window. He looks like he just noticed someone was stealing his car.

Leave the driving to them. 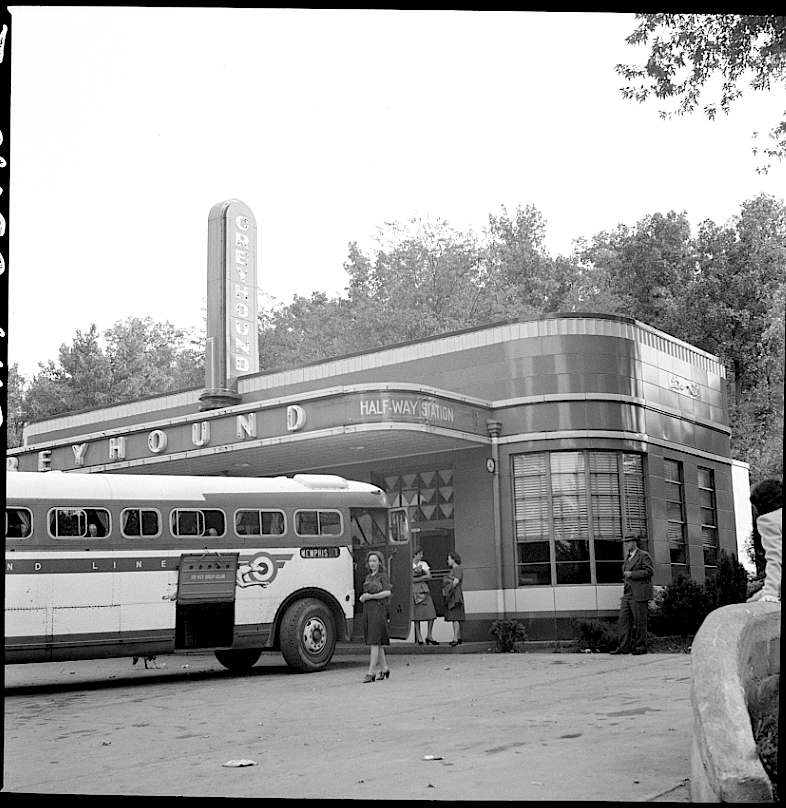 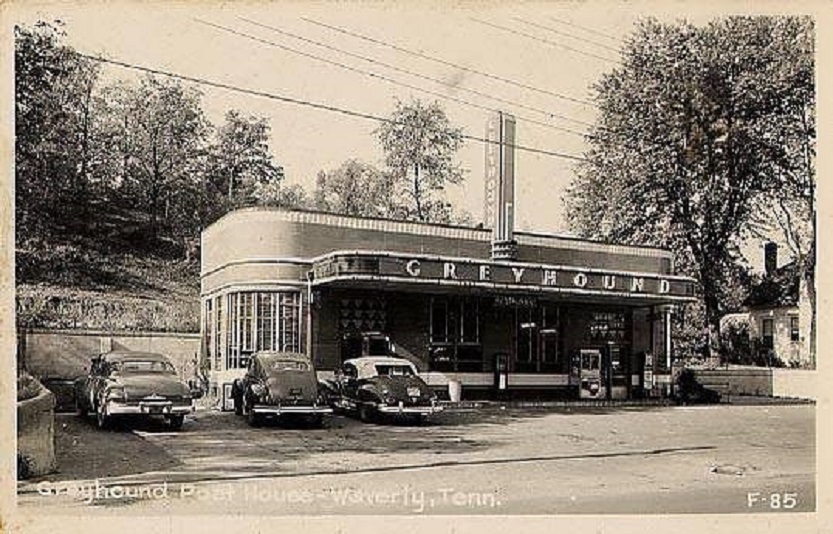