WRC of the GAR. Nice research!

And then "sometimes you just get lucky" says the gentleman sitting at the bar.

Applies equally to any research project......

Hurricane Jack said:
Here’s something that is right out of central casting:

Howard Parker was a true cowboy in every sense of the word. He was a fourth generation Sandhills cowboy and rancher; a rodeo cowboy, announcer, and judge; an old west history buff and collector of western memorabilia; a western entertainer story teller and cowboy poet. In 1960. 1962, &1963 he won the NSRA Saddle Bronc Championship.

Daughter Lex Ann says “I’ll never forget the times younger men have told me that they looked to my dad as model for being a true-to-the-west cowboy; hand rolled cigarette, holstered six shooter, riding a half broke bronc all the while running down a coyote. My dad brought to life what young men thought they’d never see beyond a movie screen.”

Back in 2006 he was inducted posthumously into the Nebraska Cowboy Hall of Fame.
Click to expand...

I stand corrected. Thank you for setting me straight, and providing a bit of context!

Raleigh Haberdasher, Washington DC. Post 1923 based on the address. Note the Gentleman's Quarterly on the counter: Why do I keep hearing "redrum" in my head? Now that you mention it..

Nice one—my wife is from Wichita so will have to share this.

Mighty44 said:
Nice one—my wife is from Wichita so will have to share this.
Click to expand...

David -- it's currently Hatman Jack's store in the same building. Great pic. Sorry to say I’ve always known his name but never read anything of his.

Happy Independence Day in the U.S. of A. ! Happy 4th of July everyone not celebrating this particular Monday. Looks like one is scared and the other is glad of it.

This pretty much describes just about every street fight I've ever seen.

carouselvic said:
Hang on to your hat Padre 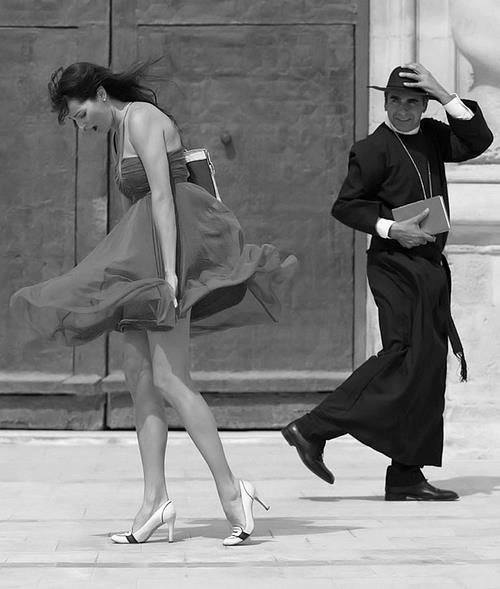 Bensinger’s Pool Hall, Chicago, it’s regulars & road players were the setting behind Jackie Gleason/Paul Newman staring in The Hustler (1961) & the inspiration for the continuing story of Newman/Tom Cruise in The Color of Money (1984). Bensinger’s closed by 1980. C
Help with Panama hat for the summer heat

R
Should i buy this Panama? **Update** I bought it.