What Was The Last Movie You Watched?

So Gilda just started on TCM I just have to watch this one anytime it comes on. Glenn Ford was to my mind completely underrated as an actor, and of course there is Rita Hayworth. What more could you ask for on a frigid afternoon?

Just watched Jack Reacher and of course they destroyed the book. In the books Jack is 6'4 250lbs. and Tom Cruise is what 5' 130. Gotta love Hollywood.

Black Dahlia said:
I watched 'The Other Guys' with Will Ferrell. Funny!
X
BD
Click to expand...

I am a peacock, you've gotta let me fly!

On the Waterfront on TCM. I never tire of this movie.

Went to the big screen and watched, Why We Ride. Not bad, but not great either! A couple of people I knew were in it. Ed Kretz Jr. was in it. He was interviewed a couple of months before he passed away. Funny story, he was being interviewed in a bar at Sturgis, he had a camera pointed at him and a bunch of people in a half moon around him hanging on his every word. A young lady in the back row looking at this elderly gentleman getting all the attention turned and asked, "who is that guy?"

Worf said:
Funny I only remember him from my fave war film of all time "They Were Expendable"! He does some grand, understated acting in that one. John Ford's finest.

He does a very good job in most of those 8000+ movies he made in the 1930s, I was just trying to be funny about how so many of them had the same basic plot. From what I've read, he was a huge star in the 1930s, but he didn't stay at that level in the 1940s, although, he did continue to make some very good movies.

One outstanding performance by Robert Montgomery is in 1937's Night Must Fall - where his standard affable-bloke persona is very well used to hide his villainous nature.

Of course, since I was a ten-year-old male in the 1965, I will always consider his greatest contribution to entertainment to have been fathering Elizabeth Montgomery!

Doctor Strange said:
One outstanding performance by Robert Montgomery is in 1937's Night Must Fall - where his standard affable-bloke persona is very well used to hide his villainous nature.

Of course, since I was a ten-year-old male in the 1965, I will always consider his greatest contribution to entertainment to have been fathering Elizabeth Montgomery!
Click to expand...

Touchofevil said:
I am a peacock, you've gotta let me fly!

Too funny! That movie had me in stitches.

Doctor Strange said:
One outstanding performance by Robert Montgomery is in 1937's Night Must Fall - where his standard affable-bloke persona is very well used to hide his villainous nature.

I have seen that and agree - good movie and he plays against type.
Click to expand... 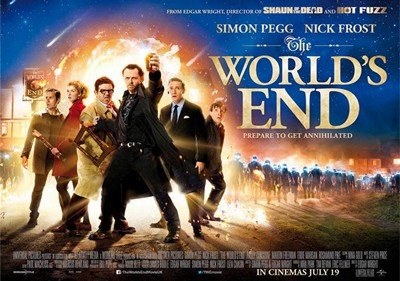 Location
An Okie in SoCal

Gregg Axley said:
Or the cops showed up and seized the stolen equipment.
That happened quite frequently to Ed Wood.
Yeah, and you'd think The Attack Of The Crab Monsters would have brought the crowds in....go figure.
I think MST3K covered a few Corman movies, I know they did a few Bert I Gordon ones, the most famous being The Deadly Mantis.
Click to expand...

Yup. One of my favorites is Skydivers.


Smithy said:
An oldie but a goodie TT.

I've actually just started reading the novel "World War Z" after VintageTink recommended it to me here and I have to say I am thoroughly enjoying it. Quite a subtle parable about "world government" in a worldwide crisis as much as a zombie-fest.

Tonight it was "Ronin" (1998). I've seen it before but I really like it and probably some of the best car chase stuff put to film.
Click to expand...

Glad you liked it! MUCH better than the movie.

About half-way through Touch of Evil. I like the overlapping dialogue, the long single shot opening, the crowded groups in one scene all talking over each other, watching all the ways Janet Leigh had to pretend her left arm was not broken, the convoluted plot, the noir-on-steroids lighting, and on and on.
S

A funny thing happened today. As you know, we went to watch Why We Ride Tuesday night. The theater was packed with several different motorcycle clubs, today we got an email, the manager of the theatre said, she had never seen the place so clean after a packed house. So much for BIKER TRASH! If the movie comes to your town, go watch it, you may understand why we love riding so much. If nothing else, you will meet some of the nicest people in the world! [video=vimeo;75545684]http://vimeo.com/75545684[/video]

^^^^^^^ Now that looks interesting!!!! Wonder what theatre would show it round here?

I will be there with my sons that have been riding since they were 4 and now they are 22 and 14....my oldest just placed 1st place in the 250 series after being off the bike for 2 yrs for school...(proud moment!)He was also gifted his grandfathers Harley for graduation and now he is high rollin on the roads..lol! I myself grew up riding dirt bikes and the passenger on the back of a Harley,, so I'm feeling the love of this movie!!<< can't wait to see it,,oh yeah another thing,,,my church parking lot is filled with motorcycles every Sunday!!>>>

Watched My Man Godfrey on Hulu last night. They've got the colorized version which was "new" for me having only ever seen it in B&W. I like B&W better, but it was nice to see it again.

m0nk said:
Watched My Man Godfrey on Hulu last night. They've got the colorized version which was "new" for me having only ever seen it in B&W. I like B&W better, but it was nice to see it again.
Click to expand...

I love Carole Lombard and William Powell and appreciate the social commentary of the film - and I really want to love it the way so many do - but I don't. I'm always a bit bored watching it. It feels forced and stilted to me. If I had just stumbled on it by accident one day, knowing nothing about it, I might have thought it was a good little movie that no one knows, but considering how loved it is, and I knew that going in, it just never works for me the way it does for others. My expectations must have been set too high.

As to colorization, I have never seen a colorized movie that felt as natural to me as the original black and white version. Part of it has to do with colorization always being gimmicky and not organic - you can see the "seams" of the process. Also, the director set up his shots, his lighting, angles, etc., and cut the film for black and white viewing, so something is off when color is later slapped on top.

A rich black and white movie - some of the ones in the fifties seem to have been done in high-def black and white as they are so crisp and clear - is my favorite format. While B&W is an inaccurate representation (real life is in color after all), it somehow - for me - sharpens the focus of the movie on the characters, setting and plot. In an ascetic way, it reduces the ambient noise and directs one's attention.

Also, if you have the opportunity, you should see these old B&W movies in a theatre as the director's true use of lighting, setting, etc. is revealed. After having seen Casablanca on TV for years, I saw it in a movie theatre and was blown away - almost like I was seeing another movie. The use of shadows, lighting and even differences of shading to change / reflect the mood was impressive. It is no accident that Paul Henreid is in white, the Germans in black and morally ambiguous Rick is in his famous white dinner jacket, black tie and black pants - that is emphasized, it washes over you, on the big screen.

"Soldiers and Saints" - B-Minus - Great underrated film. Only low production values kept it from being a solid "B"! Some may quibble with the overt and sometimes forced religious underpinnings of the film but taken simply as an adventure/war story it's pretty darn good. Available through Netflix.

Worf said:
^^^^^^^ Now that looks interesting!!!! Wonder what theatre would show it round here?