I know at least one member here has a jacket from Bates, albeit a vintage example. I ve emailed with them and Dawn s been super helpful. Anyone run one of their jackets? I’m leaning towards a basic jacket (7100) with the added padding in the elbows/forearm and shoulders . Kinda undecided on the pads but it’s a thought. I like the minimalist aesthetic. Kinda like the idea of a black body with white sleeves (kinda like their Eddie Lawson leathers )Anyone have a Bates Leathers jacket ? If so what did you order/buy would you change anything?

I had a vintage bates highwayman, but i didnt buy it new. Im really tossed up as to what will be next, bates or z custom. There are so many good options. Dawn was super nice on the phone, ill probably do bates next. One thing that might interest you, they can take your measurements in person while theyre on the road. Check out their racing schedule and if an event is close to you theyll do the measurement part there. Theyre the only ones im aware of that doing so is available through, everywhere else you send in measurements.

I’m lucky to be 1/2 hour away, and I was told I could make an appointment and come in to the shop to be measured .

I haven’t handled anything from Bates that is younger than the early 80’s. Spectacular jackets. Here are a few that stand out. 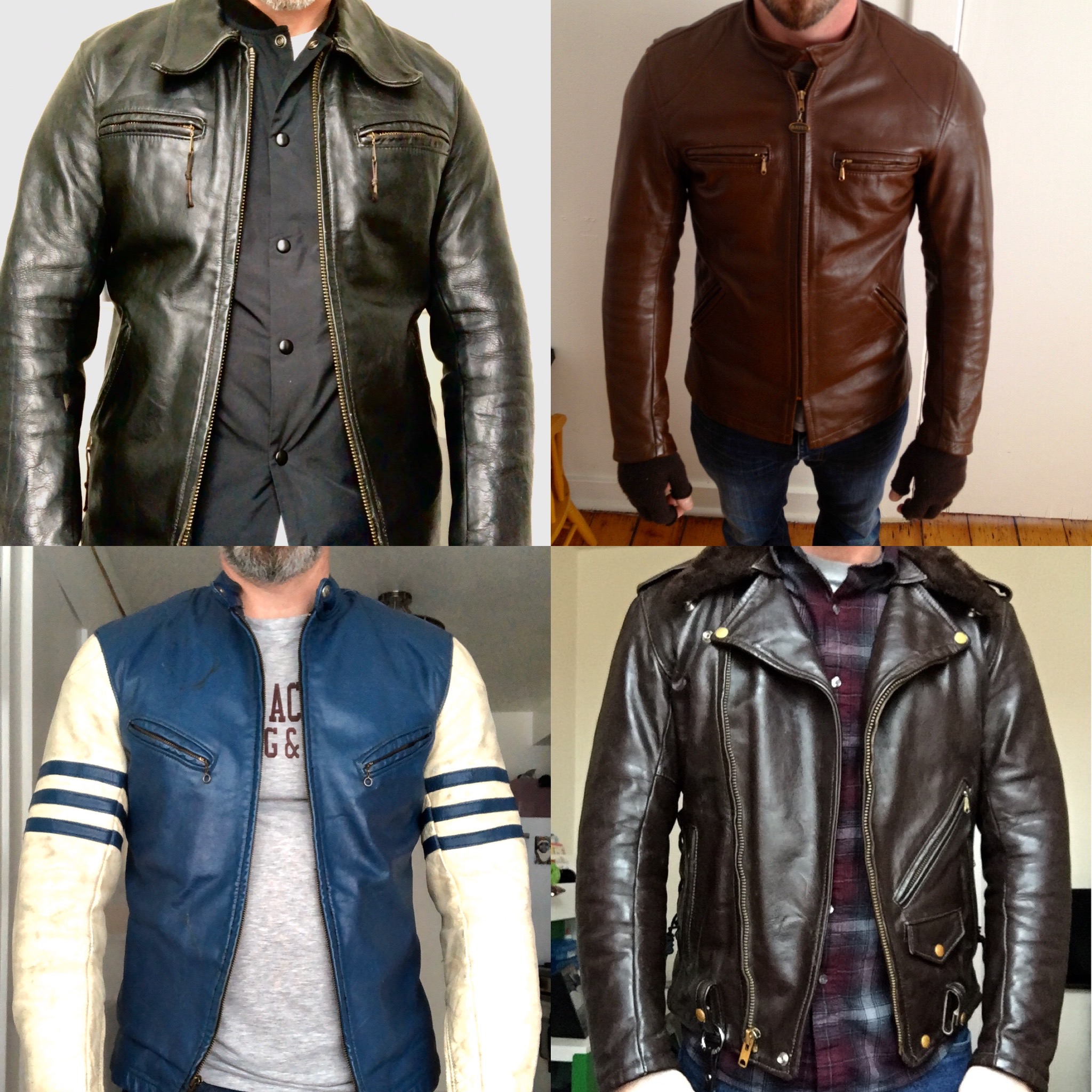 01flhr said:
One thing that might interest you, they can take your measurements in person while theyre on the road. Check out their racing schedule and if an event is close to you theyll do the measurement part there. Theyre the only ones im aware of that doing so is available through, everywhere else you send in measurements.
Click to expand...

I'm pretty sure (about 90%), that Vanson also does this. I think I remember seeing it somewhere that they set up a booth/tent at racing events also.

Anyone knows what leather they currently use? There's a picture of a freshly made HWM on their Ig and the leather looks different to their vintage ones.. not sure whether I like that/

Are Bates still owned by the original owners, or are they a zombie brand, like Brooks Sportswear or Hamilton watches?

I think Bates will make a jacket out of any leather the customer specifies (though you may to provide the hide). This midnight blue CXL was on eBay for an eternity. I kept trying to convince myself it wasn’t a size 38”... 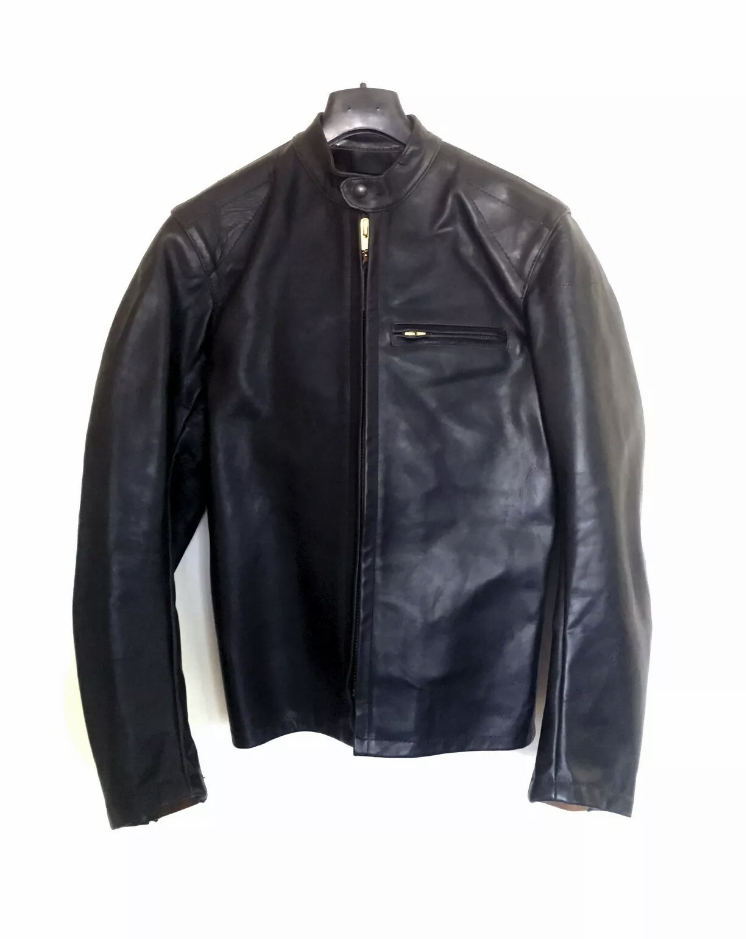 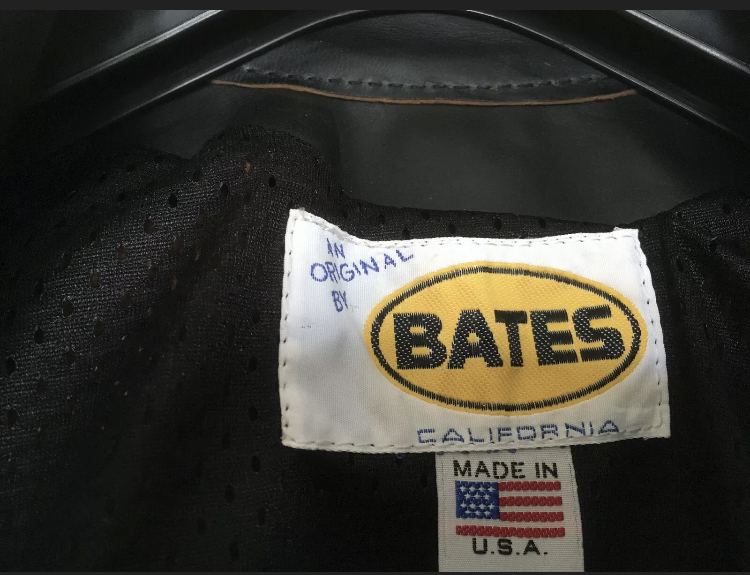 Seems like they're trying to keep the heritage of the brand alive. Although I've seen some of their modern stuff and not been super impressed with the hide. Glad they mentioned the Bones jacket. Everyone always associates it with Vanson since they capitalized on it, but Bates is the original creator of the Bones set. I would like to get more Bates stuff, especially their older racing shirts and more colorful stuff, but it seems to be really uncommon. I see more jackets from 50s brands than racing shirts from the 60s and 70s. I guess that's because the racing stuff had a much smaller market and riders probably held onto their stuff? Here are some more cool Bates: 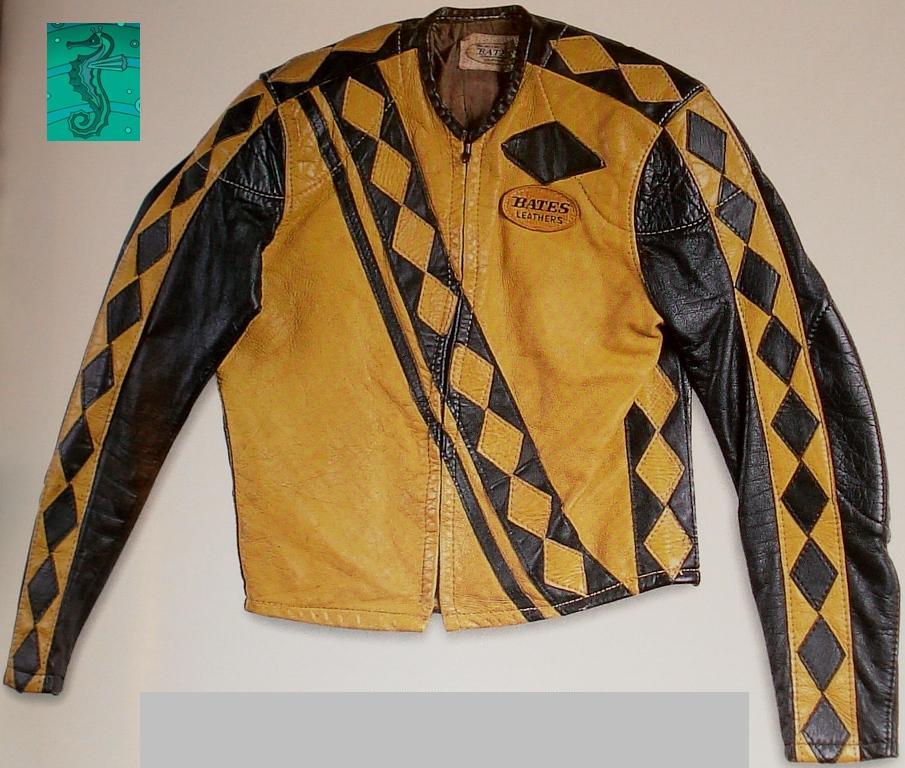 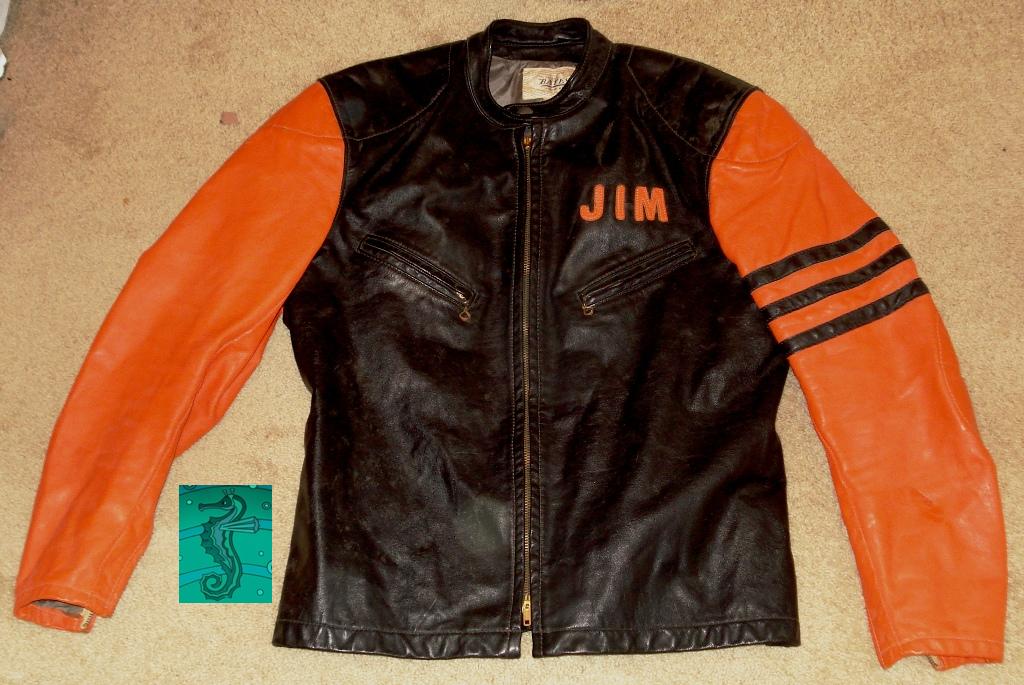 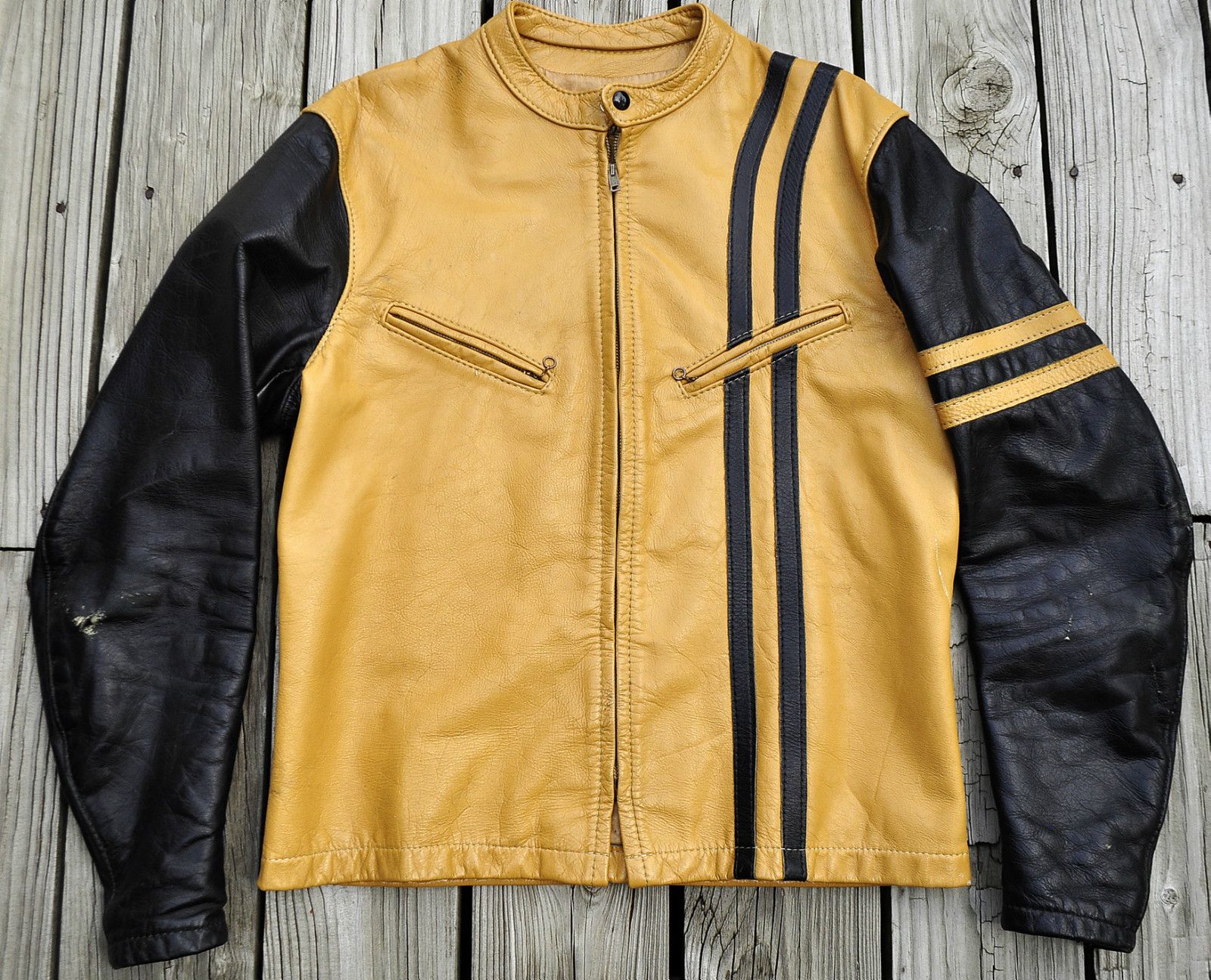 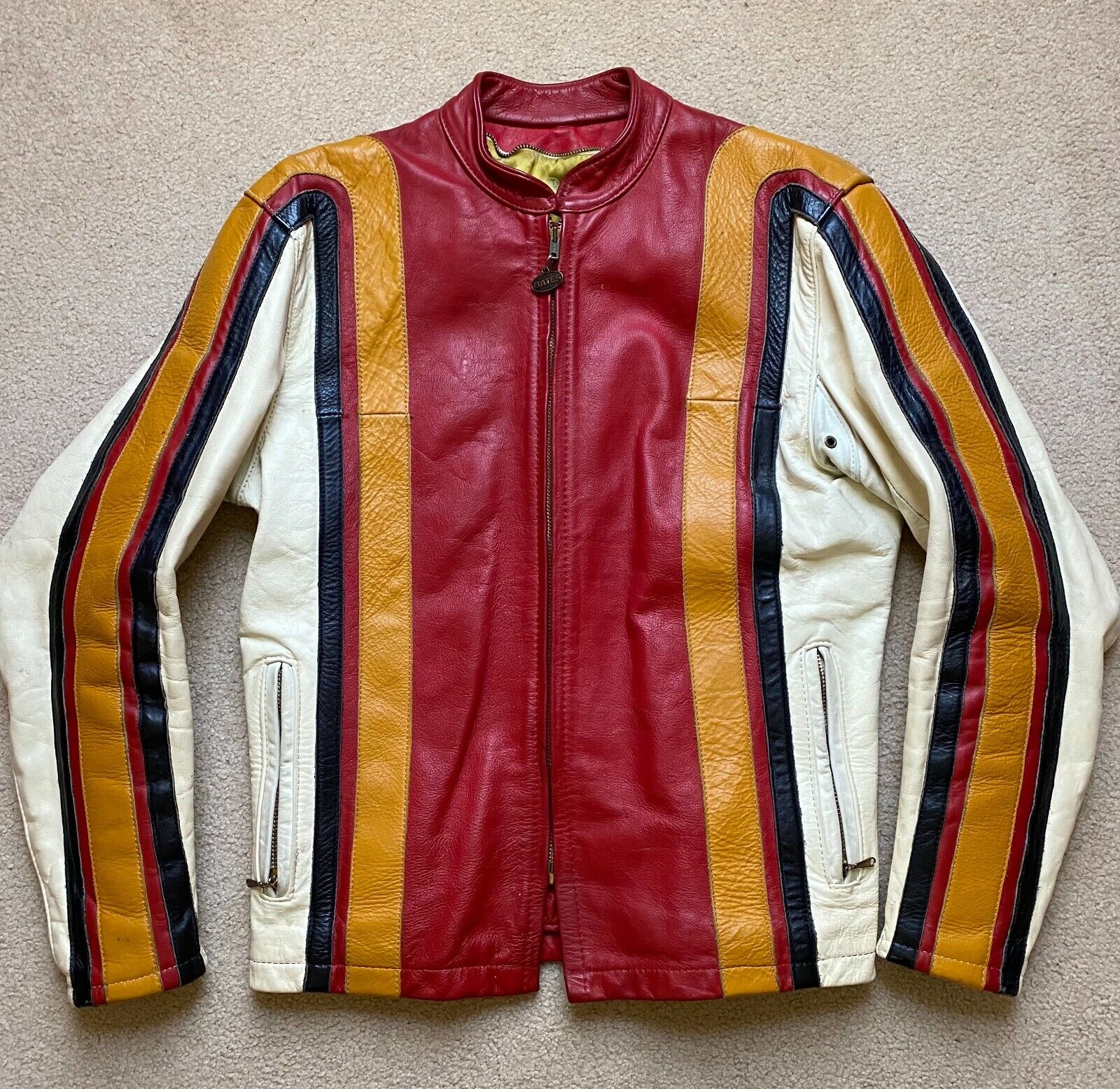 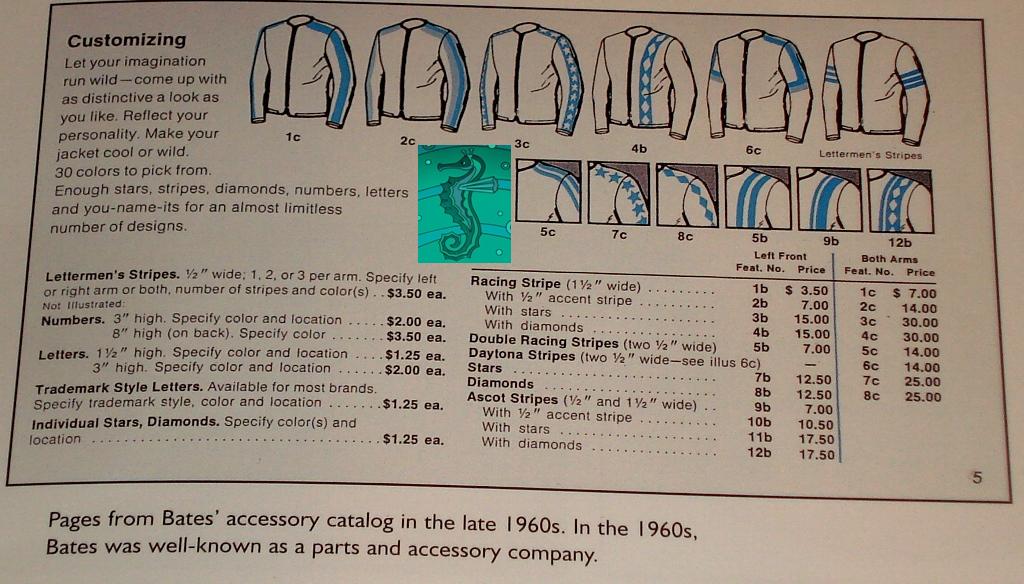 Last one was mine. I sold it, not really sure why. Immediately asked the buyer if I could pay them to ship it back after it arrived, but no luck haha.

Regarding all the bright colors...The story I have heard goes that the AMA banned all-black leather outfits because they were trying to move away from the outlaw biker image. The rules stipulated that if they wore black, they had to wear contrasting colors on the jacket as well. Some riders moved away from black entirely, others had some of the color combinations you see above. David Aldana discovered a loophole in the bones set. Despite the "dark" theme of his suit being a skeleton, it was technically allowed because of the naturally contrasting colors.
Last edited: May 10, 2021

I've owned a bunch of Bates the past few years including these first two that actually don't fit great but I still can't bring myself to lose them. The black one is hands down the nicest CR of theirs I've had. The heaviest, thickest leather I've experienced on a Bates CR w/ really nice graining. Whereas the panels on the racing jacket (which was very raced) are of different weights, none being as heavy as the black one. This jacket's really frustrating as it's a 40LL (I'm a 42/44 in a Bates) so it <kinda'> fits in every direction save for chest .. can barely close the thing. I apologize to OP for continuing the de-rail, I've never owned a modern Bates and In my experience the cross zips of theirs I've owned have been "drapey" (I'm now hearing Stu's voice in my head) and always hated kidney panel. 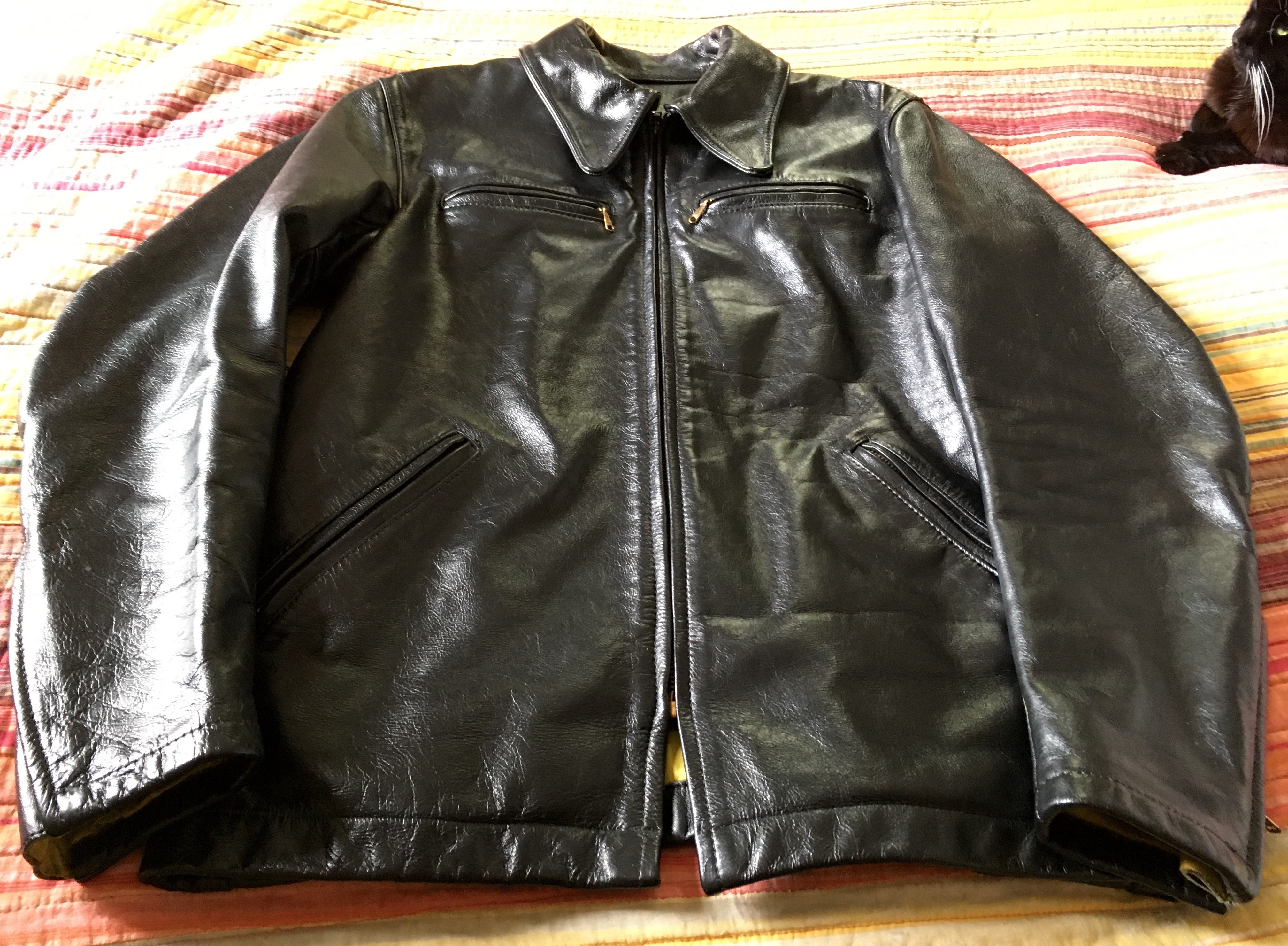 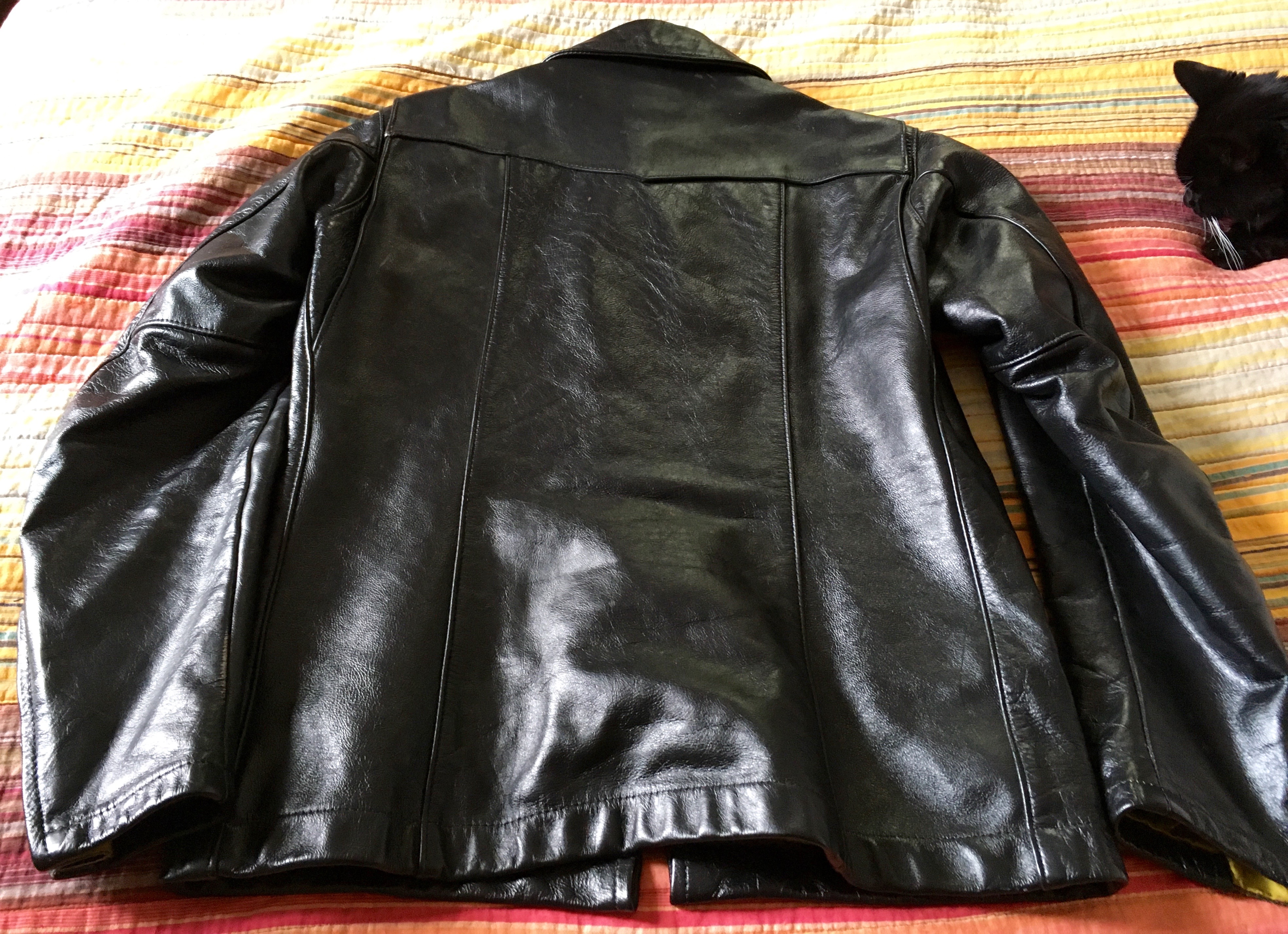 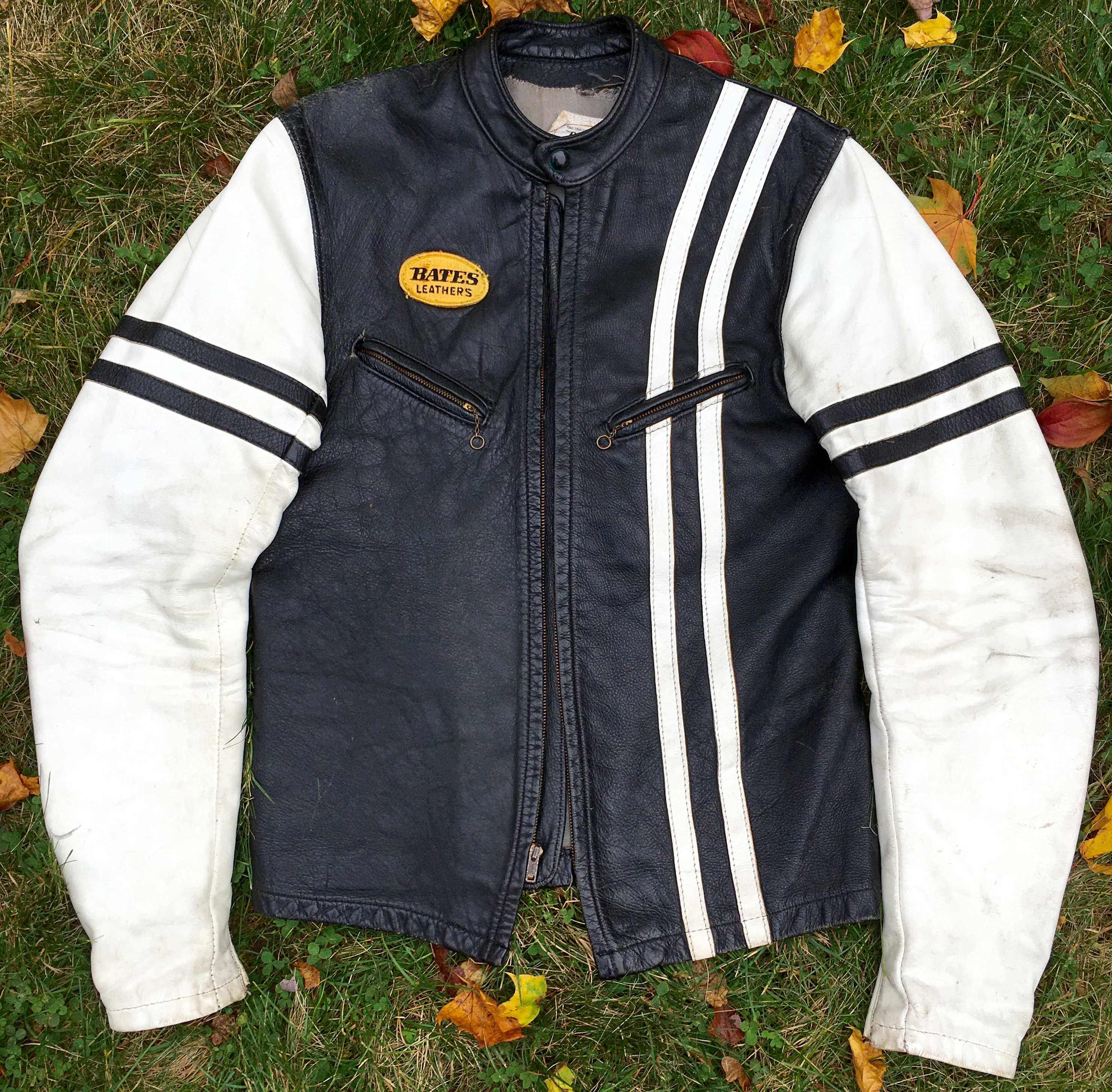 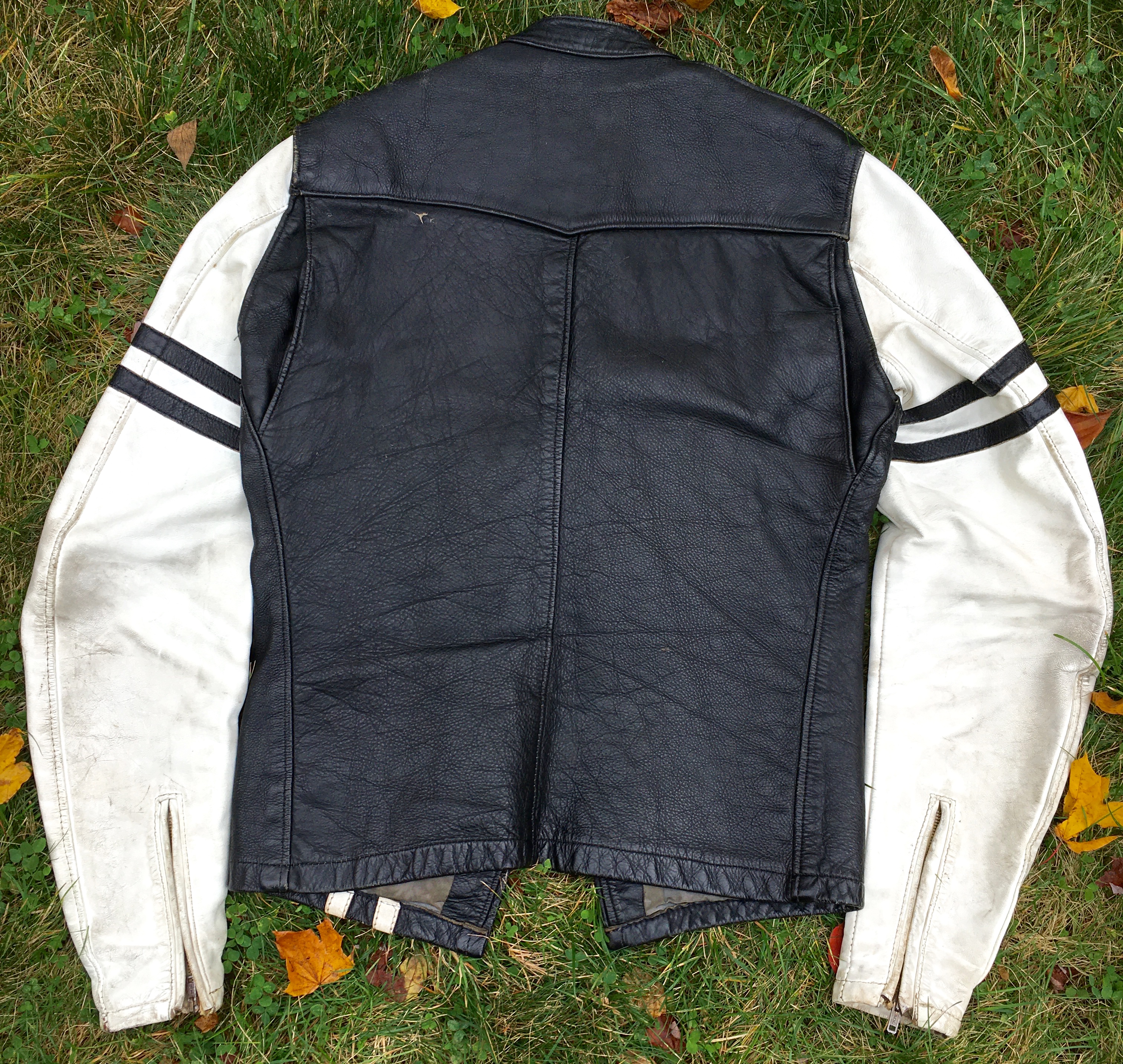 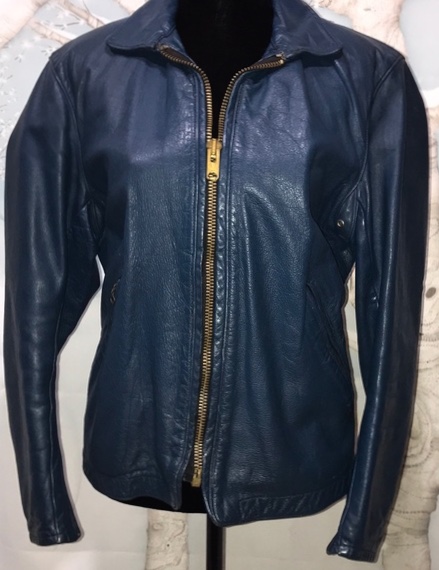 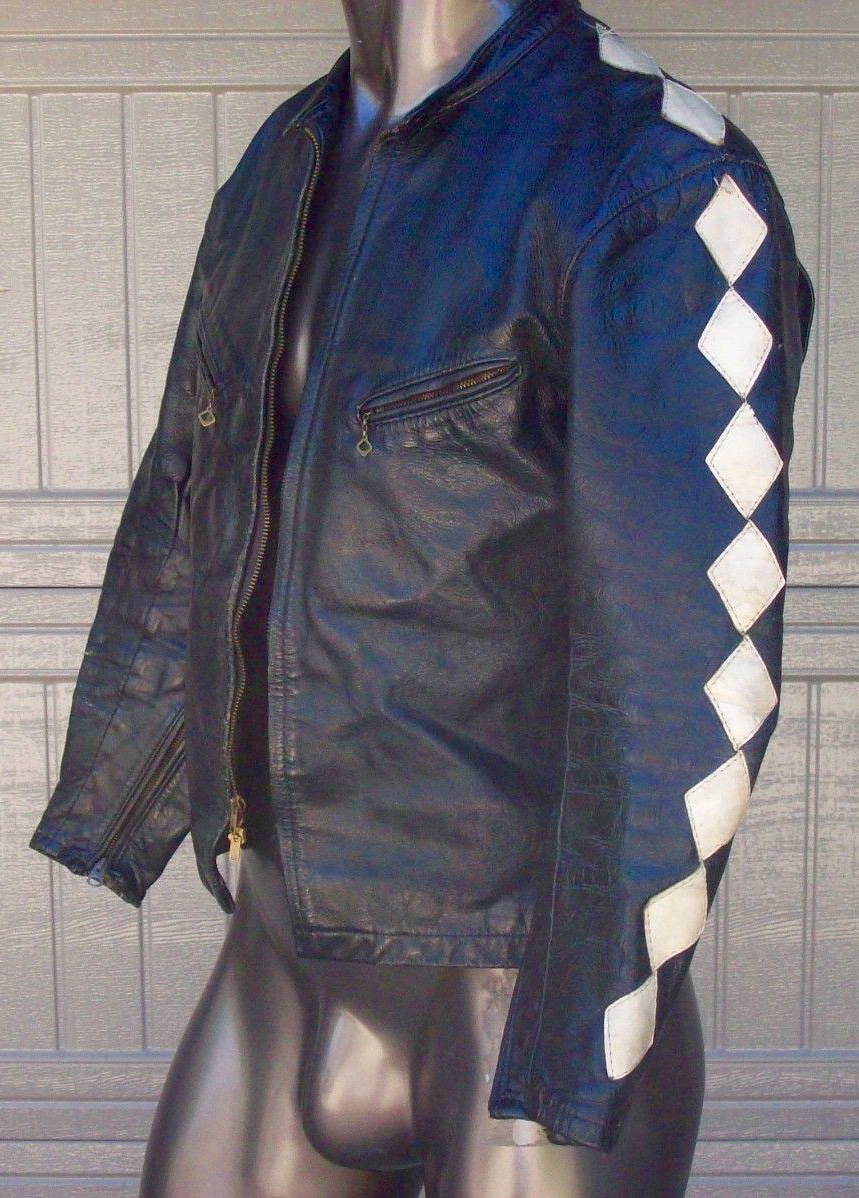 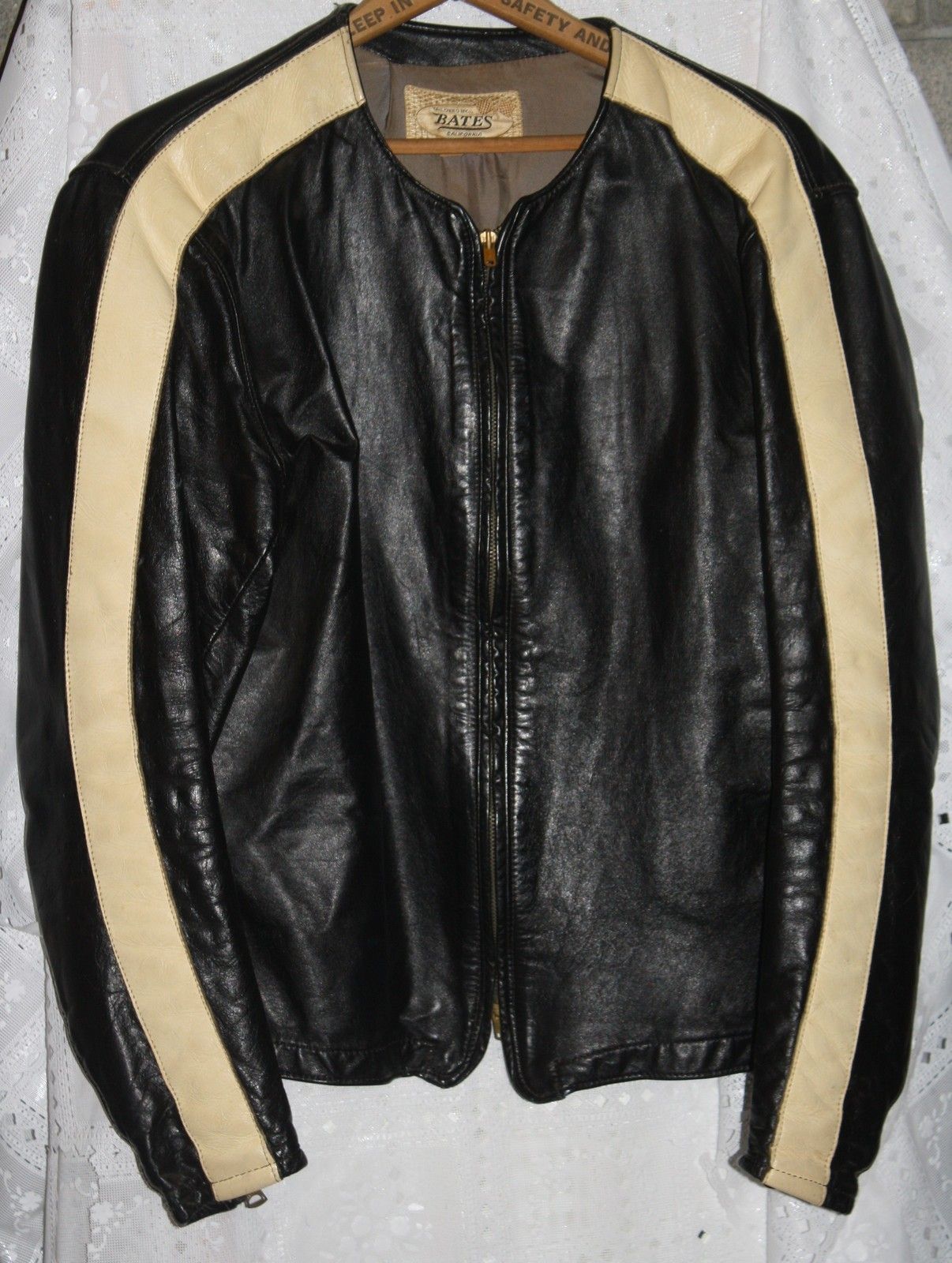 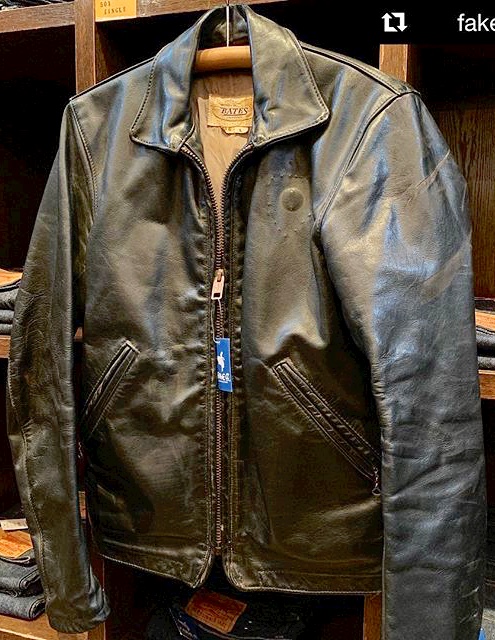 Here is the last Bates i own after selling a few. Newer jacket. I like it. But I do prefer the older hides. 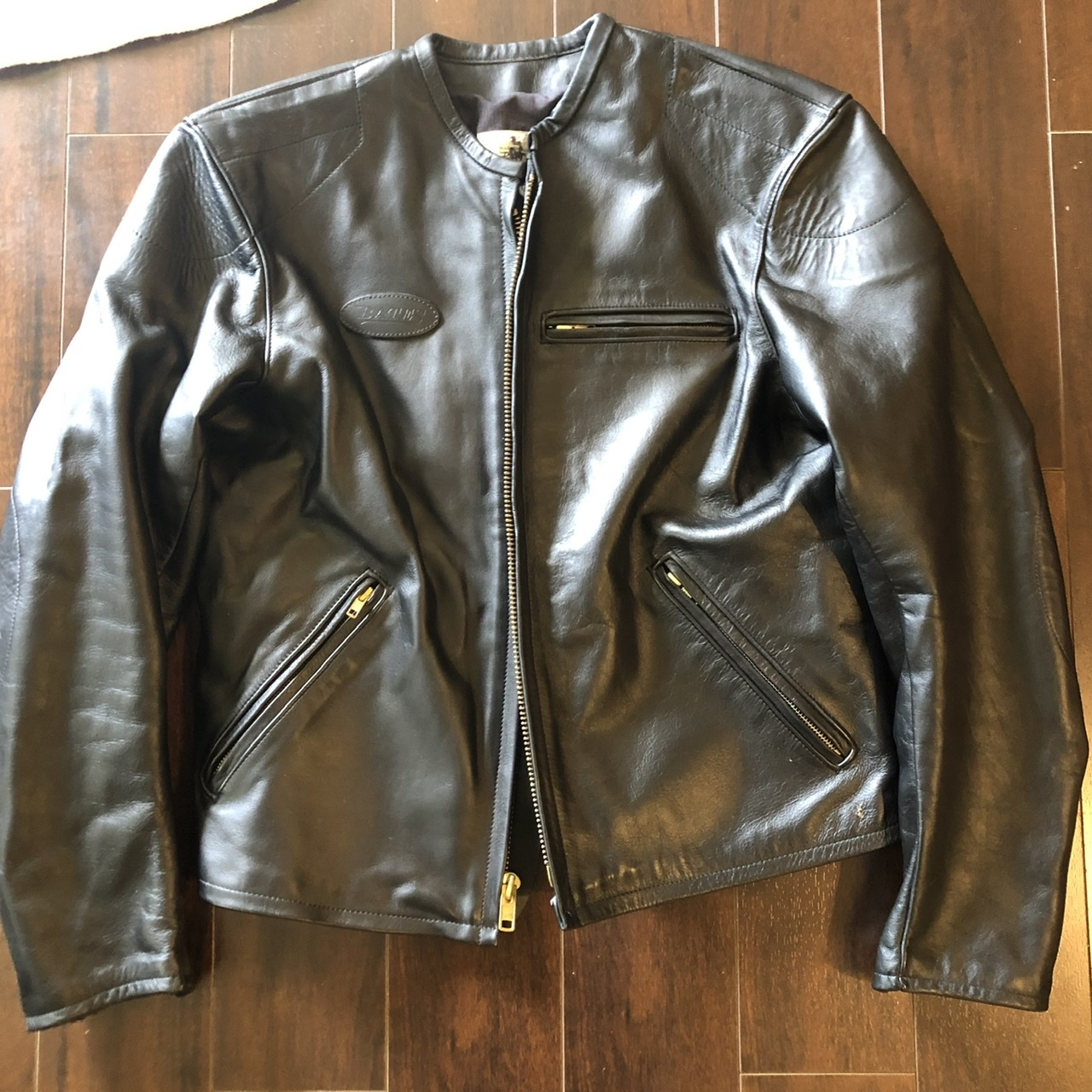 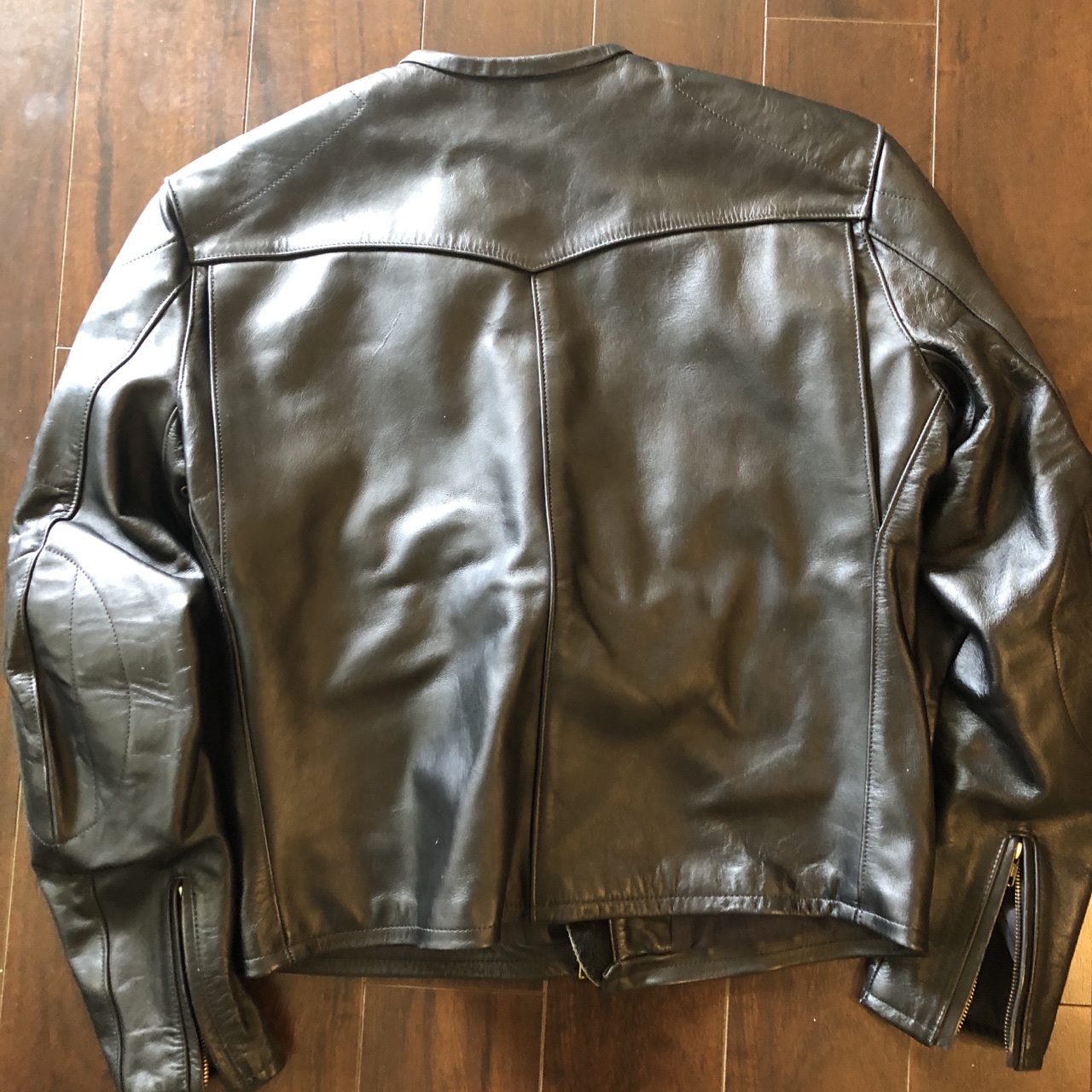 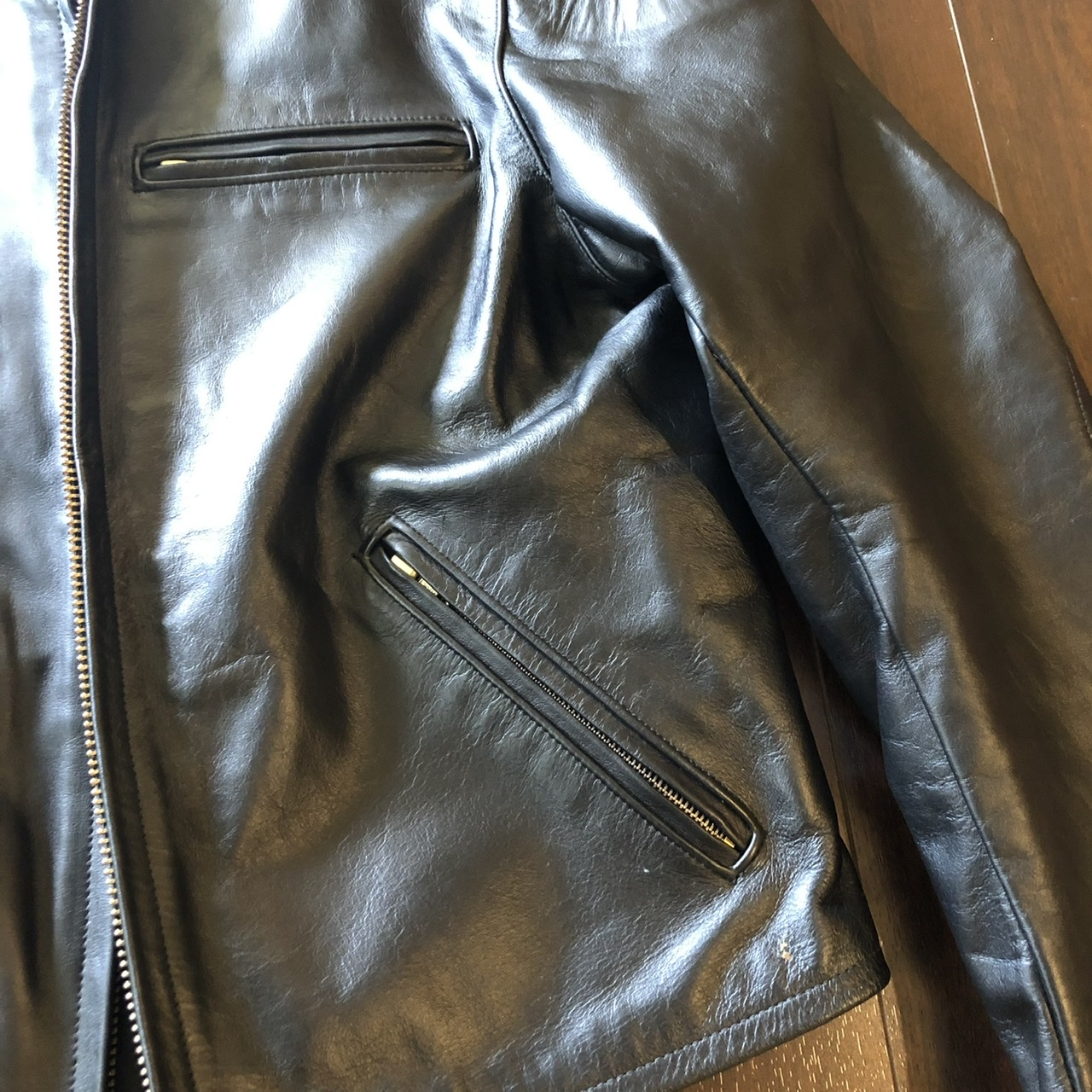 I had one of these last year. I forget name of outfit Bates made these for, pretty sure they were in upstate NY? But jacket seemed an exclusive for them and was in their catalog etc.
S

TheGuitarFairy said:
I had one of these last year. I forget name of outfit Bates made these for, pretty sure they were in upstate NY? But jacket seemed an exclusive for them and was in their catalog etc.
Click to expand...

Curious about this, anyone know?

Schambach said:
Curious about this, anyone know?
Click to expand...

Fact check Dana: who is seeing tons of leather jackets coming out of China that’s really posing a threat to the domestic heritage market? Or Korea? Here’s my current movie version T2, the leather is good, as a “contemporary” motorcycle jacket, it’s from Hidehouse and tanned in Italy, called Nassa, strong but quite soft. I also have the Magnolia version (made in Pakistan, Dana, watch out), has some slight difference (like where it h busting back joins the side lace gusset, although later I found out both the Bates version and the Magnolia version are correct because the movie jackets did vary scene to scene). It’s definitely meticulously made, there’s even lining on the cuff connector piece. I think I’m practically banned by Bates now because asking them to make me a jacket using my choice of leather has been a cat and mouse game and I can’t say I felt respected by them (“why do you want so many jackets? When are you gonna wear them? I wouldn’t begin to ask where you got the money from.” Ok Dana).

I also had vintage Bates, but not too old, from the late 70s the most. The leathers were typical of what was available back then, all were of the coated and smooth type (which I do like). They also all share similar upper body pattern, the shoulder line and action backs are very much shared across the models, even the flight jacket, which I’m still keeping (it’s a flight jacket from probably the 80s, size 46, but the shoulder feels and look just like the T2!). I also had a custom made T2, also with the Nassa leather, very heavy but soft. I wished both the T1 and T2 were made from a smoother leather but their patterns are very comfortable to wear. Bates for me is one of the top three most ergonomic patterns.