What are you listening to?

Schwarzer Panther, Standard Jazzband, 1947
Aka Pantera Negra, "Black Panther." An Italian redress of "Tiger Rag" that was a hit in Germany and is played here by a Viennese band. A 1947 recording with what sounds like a 1933 arrangement. Imagine it blaring on an ancient gramophone in some neighborhood dive, sounding a slightly desperate note of false gaiety, as Holly Martins tries to track down Harry Lime.

The first one is beautiful, and was in the 1931 WB picture "Blond Crazy" with James Cagney and Joan Blondell. Oh that Gene Austin can sing!

May I presume you are speaking of this particular disc a 22,000 series Victor, and not Mr. Austin's records in general?

In these parts it seems that every other scroll label Victor that turns up is either Austin's waxing of "Ramona", "My Blue Heaven", or "Carolina Moon".

I fear that my own tastes in crooners turn more towards Nick Lucas, with is tasty guitar accompaniments, or to early Bing. Austin's performance of "When Your Lover has gone" is excellent, though, much more sensitive and nuanced than is more common recordings of the late '20's.

Olsen''s Raccoon is certainly a period piece! If you like it, try Jack Pettis and his Pets' recording of "Freshman Hop", or Harry Reser's orchestra's ((most commonly issued under the monikers "The Six Jumping Jacks) versions of "We Love the College Girls" and "Get 'Em in a Rumble Seat". You might also like the band's performance of "How Could Red Riding Hood?".

HDCD's and some cool stuff.

I am sitting here and listening to the first ELP album curiously titled Emerson Lake and Palmer. I have a need to listen to pompus rock from the past and "Take A Pebble" from the aforemention CD is playing as I write.

I have written previously about this OPPO DVD 983 player which is their latest and best. Home Theater guys and audiophiles were wowed by their older one the 981 which had everybody doing backflips in the Audio/Visual magazine world. The 983 does some wild magic upsampling upgrading and makes regular DVD's look almost like the high def stuff, it does better upgrading than B-R or HD does to regular DVDs. It will accomodate just about any DVD including Audio DVD's but doesn't handle BR and HD. As a CD player it's amazing and out perfoms dedicated CD players costing many thousands. You can read about it here: http://www.oppodigital.com/

I was reading about the player and they list "HDCD" which is different than SACD (SACD sounds pretty cool thru the set up now.) I found out that regular CD's are 16 bit and they invented a 24-bit cd (HDCD) which fills in more of the sound with them extra bits. Most newer CD players can decode them too.

I got a few HDCD from Reference Recordings mostly Dick Hyman stuff which all sound great but are a little "stiff' in the livelyness area. Then I found out that in Japan they have been making 24 bit HDCD CD's for awhile as special releases. If you look up in Ebay or Amazon and use the phrase MINI LP CD, you'll get quite a list of 24 bit and some earlier 20 bit CDs.

Back to the ELP disc, it's one of these mini lp cd's from Japan. They released the cd without a jewel case but a miniature reproduction of the original album including liner notes and the Japanese obi on the side in a plastic slipcover and the CD has a special plastic sleeve inside. It is a neat package from the past although I need a big fresnel lens magnifyer to read anything except the title on them. Well, it sounds amazing! I also have Jethro Tull's Aqualung which I was lucky enough found for $14 including shipping. They did the original gatefold cover as a mini. What a blast from the past. I find that I especially love to hear the tune "Mother Goose" from that cd. It has about 4 more tunes and an interview of Ian Anderson on it. Super sounds on the regular tunes and some off the radio program for a couple of cuts that reeks of those Hippie days, you should hear the DJ.

Seems hard to believe that these are 35+ year old albums, how the time flies. The seventies live again in my living room with some pompus rock. Pompus rock is a term some of the prog guys use for older 70's bands that mixed classical with rock.

I have ALSO dug out my Christmas CD's and been playing some vintage Christmas music to listen to. Plus, I've been playing some swing music from a local band leader Dean Mora's various band incarnations. Along with some great CD recordings from Basta Music, a lot of swinging saxophone stuff. Basta are the guys that have the Beau Hunks doing the Little Rascals and Laurel & Hardy music.

To all of you, a Merry Christmas and a Happy New Year. Let's look forward to better days ahead.

I'm finding im spending a lot of time listening to this Station, especialy a presenter by the Name of Patrick Cordia.

Patrick has two shows one on Saturady afternoons and another one, on Monday nights, Wonderful tracks from the 30's and 40's plus old radio shows - won't you listen?

Location
Top of the Hill

I'm still partial to her sister, Enya.
I

Not vintage but a good band none the less.

Today I listened to Ultra Lounge Christmas Cocktails Volumes 1, 2, and 3.

Not vintage but a good band none the less.
Click to expand...

I, too, am a fan of Fleet Foxes. I like "White Winter Hymnal".

Bobby Darin's rendition of A Nightingale Sang in Berkely Square.

I've listened to it at least 3 times a day for the past few months and still haven't tired of it.

I'd like to thank The Conductor and StaceFace for bringing Fleet Foxes to my attention.

Found this in my stocking this morning.

Starius said:
I'd like to thank The Conductor and StaceFace for bringing Fleet Foxes to my attention.
Click to expand...

oy In the Morning-Original Soundtrack

I've never seen the movie, but Bernard Herrmann's score haunts me. Beautiful music that has beguiled me since I first heard it ten years ago. 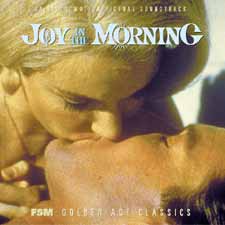 Tonight I will be listening to Jack benny in a "Streight Acting" role in Campbels Theatre production of "June Moon" I think its from 1940 :eusa_clap

After watching the concert on cable I picked up a copy of "Alison Krauss + Union Station LIVE". It was recorded at The Palace Theater in Louisville, KY in 2002. It is absolutely great! She sounds great live and her back-up musicians are top notch. Check it out, really.

Listen to the Banned

'Risque hits of the 20's & 30's'. Songs such as 'A man that takes his time', 'No wonder she's a blushing bride!' & 'Nellie the nudist Queen' caused a storm in their day, but now seem charming and innocent- sort of!

How Did I Miss Annette Hanshaw??