Where to find today a suit in early 60s style (slim cut)?

I am looking for a blue suit with a slim cut like in early 60s (3 buttons, small lapel, slim pants), is there any online shop today that sells something of this kind at low/medium price? Possibly in europe to avoid customs charges. Thanks

You might try Savvy Row, but most of their's is more of a conservative style, however, leave them your email address and you will be contacted as and when items of your choice arrive. https://www.savvyrow.co.uk/
E-Bay is always worth a look, I found this brand new, 1960's reproduction for just £106. 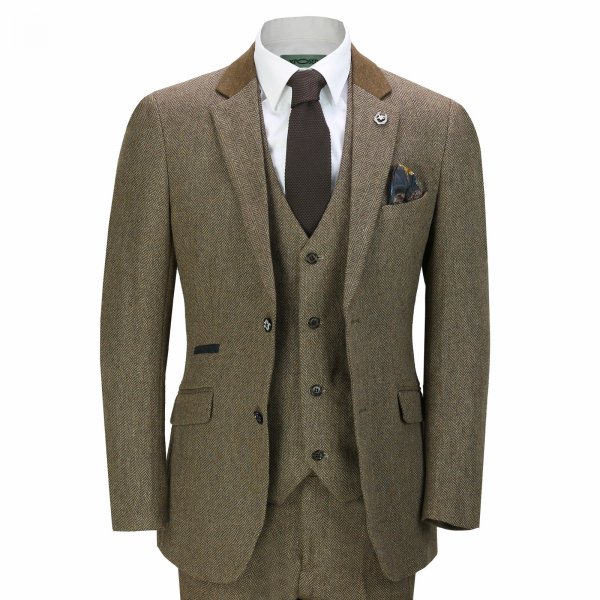 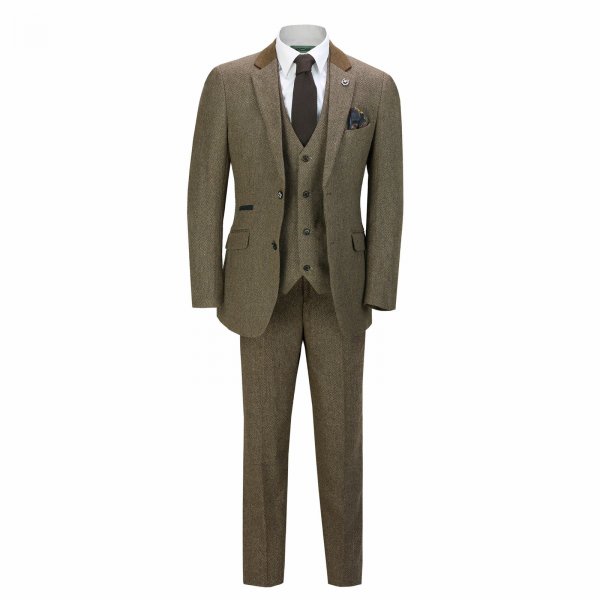 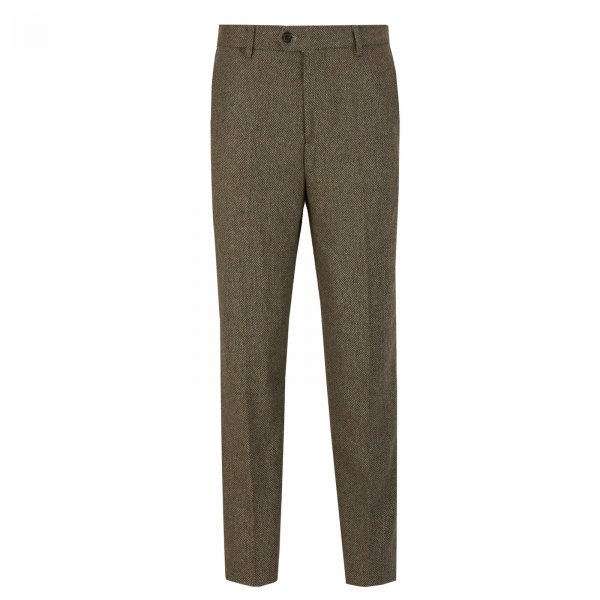 https://www.ebay.co.uk/i/3127395585...MIqMSB7P3K5QIVi7TtCh2wzgOSEAQYAyABEgLfRPD_BwE
But you say that you are after something in blue. Tweedmans often come up with 1960's suits from the Mod era, I had a quick look for you.
https://www.tweedmansvintage.co.uk/all-menswear/ 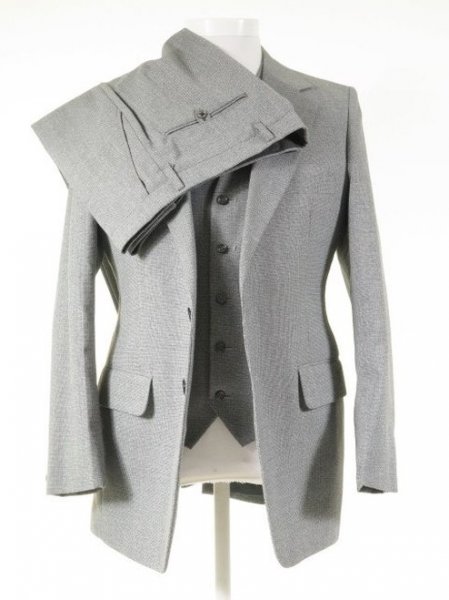 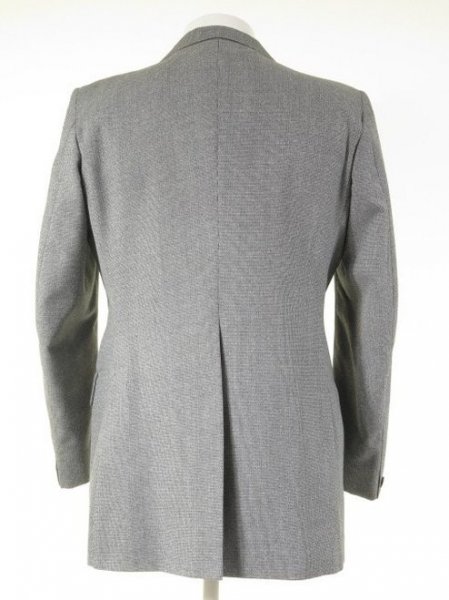 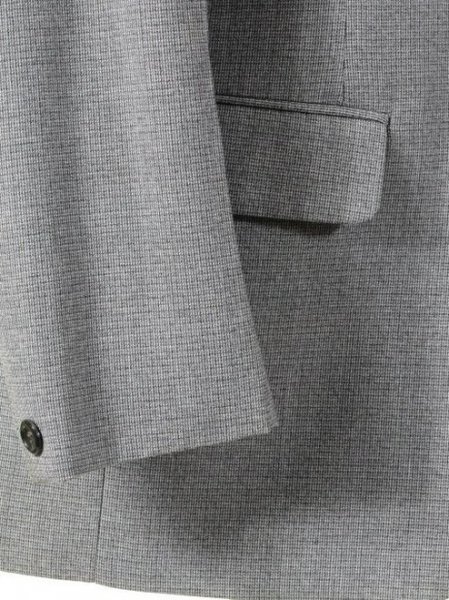 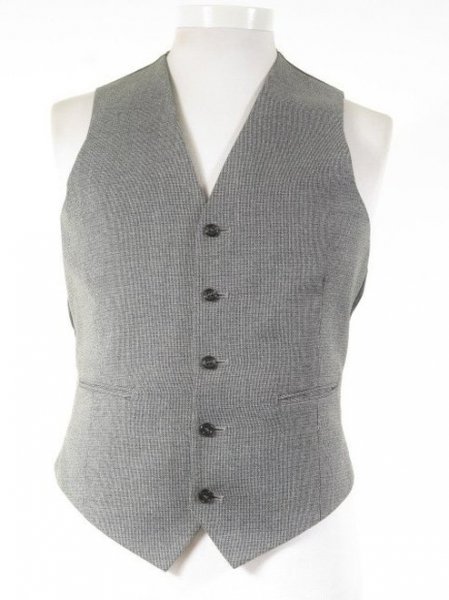 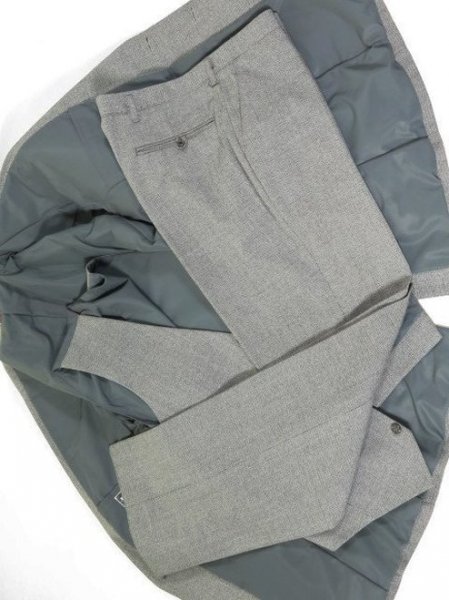 It will be difficult to find top quality 1960's suits, by top quality I mean fabric that's natural like wool, linen or cotton. Synthetic was very big back in the sixties and they had found a way of mixing it with natural fibres. I wouldn't worry too much though, 60's synthetic is very original and is hard wearing.

Thrift stores (or charity shops, whatever you call them). I find tons of narrow-lapelled sharkskin suits and jackets that I usually don't buy, just because that's not my preferred style. But there are a lot more of those around than older stuff. Maybe I just see it that way because I prefer the older stuff.

Despite the general enthusiastic attitude "you will find plenty of them", I would actually say that your possibility are quite limited unless you have access to the forementioned thrift shops - which, by native experience, are not carrying this kind of stuff in Italy.

You have to be steady and patient, looking into ebay for something you like and is in wearable condition. However, since there is very low demand of 50s/60s suits with the aestethic you (we) like, auctions are not well made and often a good item can be hidden under a dire listing. Be aware of difference between cuts: if you are into a Mad-Men-like look you will not be satisfied buying a 60s British suit - these tend to be roomier and usually have quite high rise.

Indeed, " thrift shops “ in Italy ( rather “ mercatini dell’usato “ or "negozi del vintage “ ) are nowhere near the kind of thing that members from other countries may recognize. Completely incomparable to the situation in the USA or UK.

Also, Italians ( I was born and bred there although I’ve lived in England and then in the Netherlands) have a completely different attitude to donating , selling and buying secondhand stuff than people in other countries. This from a lonely planet entry ( I agree with what a member says there)” ...I have a feeling that Charity Clothing stores are rare if not impossible to find in most Mediterranean countries. I can't recall ever having seen one whereas every little village in the UK has one..."

Organizations as the Salvation Army or Oxfam are if not totally unknown very rare and have a completely different practice in Italy than in other countries. Vintage clothing in Italy is there (in specialized shops mostly set up in regional capitals of the center north ) but prices are rather high and the range is often limited. You will find very difficult to find true “ vintage” clothes.

I used to deal in vintage furniture here in the NL and always found incredible how things were radically different in Italy tat they were in all the other countries that I dealt with.

In the olden days there were markets ( Prato, San Giovanni e Porta Portese in Rome, Livorno, Ercolano ) where bails of clothes were imported either from the USA or from Germany. The bails contained anything and everything and were sorted in main centers as Prato and then sold.

In Prato wool was separated and recycled and they also used cotton and linnen to make paper, then they made “ rags” used by the mechanical industry. The usable clothes were bought and sold separately and it was for years the domain of the “ hippies” before even the “ vintage” term was coined. Since the ’80 there has been the growth of the vintage shops which are generally rather expensive in Italy.

These addresses are in the UK

The salvation Army in the UK is also a good place

Attitudes to second hand items depends on how a culture or individual views poverty and ownership. Elvis famously hated antiques and loved brand new, (often kitsch) items because he didn't want to own things that were creepy and pre-owned.

I remember 40 plus years ago here only poor people and students went to thrift shops. Middle class people looked down on them. We actually call thrift shops 'Opportunity Shops' which used to refer to disadvantage people having opportunities to own items they could never afford new. You would never want to be seen coming out of one by a neighbour.

Well, in Italy ( and not only there) secondhand clothes had a stigma attached.

Prior to the ’60 the only people whom would buy secondhand clothes were people whom had to buy them. Even in the ’60 and ’70 ( the latter when I was doing it as a youngster) this was seen a weird and to be frowned upon by our parents. I remind you that the term vintage had yet to come into use and before mid ’80 the concept didn’t really exist.

Having said this, Italians tend to have very large armoires in their houses (generally larger than most people would have in Northern Europe) , and chances are that people keep very old clothes stored in them ( even if they no longer fit their owner), often these clothes are kept for years and years. This may not apply to smaller items but often to suits and coats.

My generation and the previous ones, put much care into buying things and it is only now that people buy stuff ( often called with the derogatory terms of “ pezze” , rags, ) for a quick and brief consumption.

When I was young, good shops all sold shirts with 3 extra collars and two sets of cuffs ( unheard of nowadays) and you would have them replaced as they wore out , things lasted a lifetime! Of course paying someone to do this work for you was really cheap (try now!).

A popular saying was “ The elegant person doesn’t follow fashion” and no one was more that type of person than the epitome of Italian class, Fiat company owner ( C.E.O. was not yet a word to be used commonly) Giovanni Agnelli, who was known in the country as “ L’Avvocato” ( the Lawyer or Attorney , not that he ever practiced law, just got a degree in law)

He was know to have commissioned the roman tailor Caraceni his suits and shirts , he wore them for years and years totally oblivious to what others thought it was “ fashion” . He set his own rules. Button down shirts? Buttons open. Watch on top of the left cuff ( if you have seen other people doing it chances are that they took this from him) and tie outside the pullover.

milandro said:
Well, in Italy ( and not only there) secondhand clothes had a stigma attached.

Prior to the ’60 the only people whom would buy secondhand clothes were people whom had to buy them. Even in the ’60 and ’70 ( the latter when I was doing it as a youngster) this was seen a weird and to be frowned upon by our parents. I remind you that the term vintage had yet to come into use and before mid ’80 the concept didn’t really exist.
Click to expand...

I second all of what you said and in particular I concur with the above part. Used clothes still have a bad reputation among Italian people, especially among people not living in the outskirts of big cities like Milano or Roma.

I grew up in the Tuscany country during the 90s and second-hand clothes were acceptable only in the form of hand-over for young children; for example, your neighbour has a 10 years old boy who outgrew some rarely-worn trousers so he gives them to you for your, say, 7 years old.

The key concepts are: children and well-known first owner.

Indeed, yet , despite the stigma, in Tuscany in Prato ( wholesale) and Livorno (Mercatino americano) secondhand clothes were on offer.

When I in the ’70 bought my “ alternative “ clothes . We bought them in Ercolano (Resina was the old and popular name of the town) . I believe they still sell there.

The Edward Suit from Walker Slater

I have everything but the kitchen sink, looking to trade for a 38/40 jacket