How Was Your Day?

LizzieMaine said:
Sim was magnificent -- no better movie Scrooge. But my definitive was always radio's Lionel Barrymore.
Click to expand...

Sim nailed it, notwowayz. And his accent was naturally consistent throughout.

Never heard Barrymore. And I forgot to honorable mention Mr Magoo. His rendition is a veritable tour de toon.
H

Scrounging Thanksgiving leftovers (stuffing a goner) and looking at Gottlieb's excellent
The Dream of Enlightenment; interspersed with foray hither and yon to search for photos
of actress Shirley Jones, whom I forever have had a crush since I saw her in Elmer Gantry.
What a woman.

Harp said:
Scrounging Thanksgiving leftovers (stuffing a goner) and looking at Gottlieb's excellent
The Dream of Enlightenment; interspersed with foray hither and yon to search for photos
of actress Shirley Jones, whom I forever have had a crush since I saw her in Elmer Gantry.
What a woman.
Click to expand...

Elmer Gantry is a great movie!

A month or so back I borrowed the mould testing equipment from my ex boss to test my niece's basement. Turns out her house (rented thankfully) is rife with mould and her health suffers greatly because of the mould.

I told my boss to let me know the cost for the expensive lab analysis fees but he declined and ate the cost himself. So I made and gifted him a beaver felt hat that he absolutely loves. So this morning there was a knock at my door, it was my ex boss handing me a bottle of Lagavulan 16yr old whisky worth $170 to thank me for the hat. When I told my wife about it she said that now I had to gift him something to thank him for the whisky.......my thought was damn, this could theoretically go on for ever! But it was a very fine way to start the day.

Nice replacement for the Benromach and a very nice ex-Boss.

Turnip said:
Nice replacement for the Benromach and a very nice ex-Boss.
Click to expand...

Yes, the Talisker line and their taste profile is probably my whisky sweet spot. Give me a Lagavulan, Talisker or Oban Distillers Edition and I am a happy man. Well, give me any bottle of whisky and I am happy.

I worked for him for the last 10 years of my work life...new line of work, brand new career and it was the most enjoyable 10 years of my entire work life. He hired me against the standard as the job is physical and he had been hiring young guys but he tired of their unreliability. So he acted against type and hired me....a "more mature" model. I ended up being his most trusted go to guy and he is the antithesis of a micromanager. It was a fun 10 years and I reluctantly retired but the physical aspect began to take its toll and it was clearly time to join my wife in retirement. Mostly I love retirement but there are days I miss my work.....I will drive by a job site and I will get a frisson of regret........oi vey!

Good so far, passed a cancer screening without severe findings

It will for sure be last day working for this year...

I hate snow. No matter how many years go by and how many months pass between the last snowstorm of one winter and the first snowstorm of the next, I hate snow. Especially when we've had to lay off the janitor, leaving aging old me the only one who goes downtown after the storm ends to shovel out the sidewalk as required by city ordinance. Did I mention I hate snow?
H

The Northeast is snow slammed again, and The Weather Channel is frankly depressing.
All the pile-ups, street blockage, inconvenience. Take care. And get a kid to shovel out the theatre
sidewalks, you shouldn't have to do that.

Good so far, passed another after care screening without findings. Looking forward to what the doc will say about my blood, had a half liter of beer and a high voltage single malt yesterday evening... 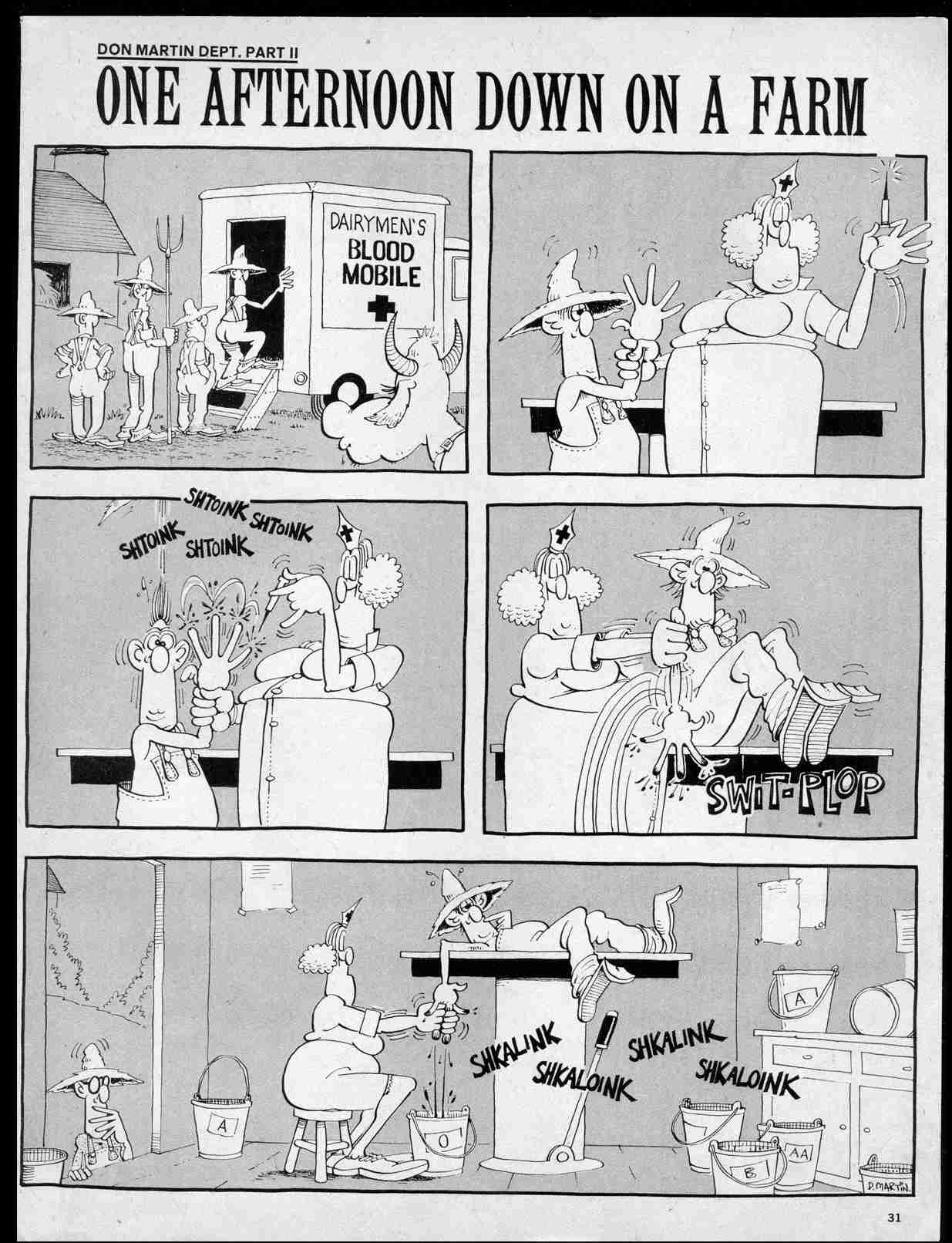 ^^^Hang in there Turnip.

It is funny in retrospect. My foot/ankle became swollen...enough to get me to go see my family doctor. It was yesterday afternoon, late...he gives it a look and says that he hates giving bad news on a Friday afternoon but I am not to go home, not to stop for dinner but go straight to the emergency room as he fears a blood clot or deep vein thrombosis. He said it could kill me and he really did not want that on his conscience! So off I went to the ER. 5 hours later, one Ultrasound (they fit me in because of a cancellation otherwise I would had to returned today and reenter the queue)....small blessings. So, here I am driving to the ER, contemplating my possible demise and the first thought I had....in the face of imminent death I should start to drink my expensive whisky instead of the cheaper stuff......the silliness of saving something good for a future that I might not be around to enjoy makes no sense at all.
Turns out, yes I do have a blood clot behind my knee....serious, but not imminently deadly. Started blood thinners and my foot is almost back to a normal size....I can even get my boots on!
So tonight I drink the expensive stuff....eat dinner on the good china and maybe wear my favourite shirt!
H

^^^A buddy of mine will drink a shot or two of the expensive stuff, then downshift to less rich,
since his taste buds cannot detect the difference after the first few throws.
^^^You did the right thing by going ER direct. Six years ago on New Year's Eve had to stay late
at the office, asked if I had any plans I replied just order in a late nite pizza when I got home.
Got home around 9.00, ordered pizza, and realized I was having a heart attack.
But being a dumbass Mick, I waited for the pizza guy, who arrived lickety-spit faster than expected.
Paid for the pizza, had a few slices, then called 9-1-1 for an ambulance. No whiskey in the apartment.
Threw on an old A2 jacket and met the ambulance crew downstairs. EKG done inside the wagon,
confirmed my self diagnosis. At the ER another EKG and a kid physician asked if he could get me
anything. I asked for a double bourbon on the rocks. Couldn't do. The charge nurse was a lovely
Lebanese lass and I asked if we might have dinner when I got out of the hospital. She smiled and
shook her head but I thought to make a mental note that she didn't say no. Just trying to be optimistic.
Later, inside my intensive care room a catheter had to be inserted, and the attending nurse called another
nurse for assistance. I thought, look at the bright side, it was New Year's Eve and I had two girls playing
with my .... Afterwards I thanked the ladies and we laughed over the New Year's moment.

^^^^ I still have not had a haircut since before Christmas. Although it has dawned on me that, for a man of my age, I actually have a thick head of hair... even if it is all grey now. I’m starting to look like one of those grey pony-tailed beach bums. Could be worse, I guess. Other topic: my dad never wore his “nice clothes” because they were “too nice.” When he passed, he had half a closet full of “nice stuff” that he had hardly ever worn. To hell with that. Now that I am over sixty, I am all about pimping my ride and making people say “whoa. For an old dude, he’s got style.”
H

Hair cut last Saturday at Sportclips. Back at the rat race, sparse daily commuters. Just a trickle
from pre Covid days. Went to the VA and met another vet whom recently lost his wife to Covid,
he was there for a vaccine injection. I guess its dealer's choice and Hines VA deals Pfizer and not the
newer Johnson&Johnson 1-shot vac. But he was depressed, only wanted to talk. I offered condolences
for his loss but he remarked that death was part of life, and her passing first meant that she would not
suffer his own death. They were wed for over half-a-century.

I have been engaged this last year....my year of Covid lockdown....learning the art/craft of custom hat making. It has truly been a God sent activity as each day I have a focus, when I am not physically making the hats I am thinking about them; creating styles, solving problems, figuring out better ways of doing each of the tasks. Today was a very good day. It is not that I am getting faster (I think I shall be forever slow) but I am getting more capable and thus tasks that I find hard (sewing) are now less vexing and frustrating. Also I figured out a better/more effective way to make invisible stitches in my ribbon/bow work.

Quite a nice day today, finished my tax returns for the past five years...