Who Did You Just See Live? 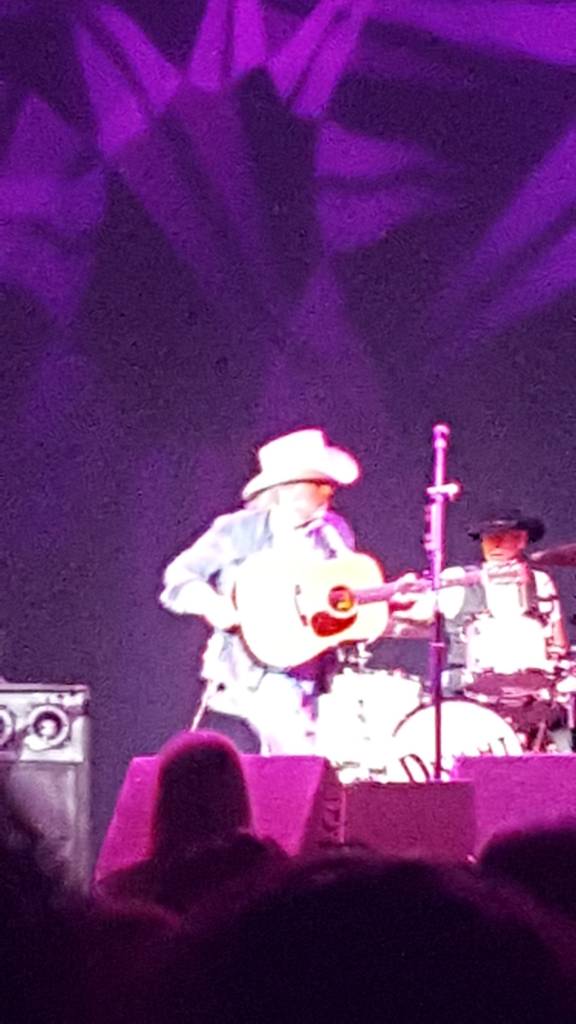 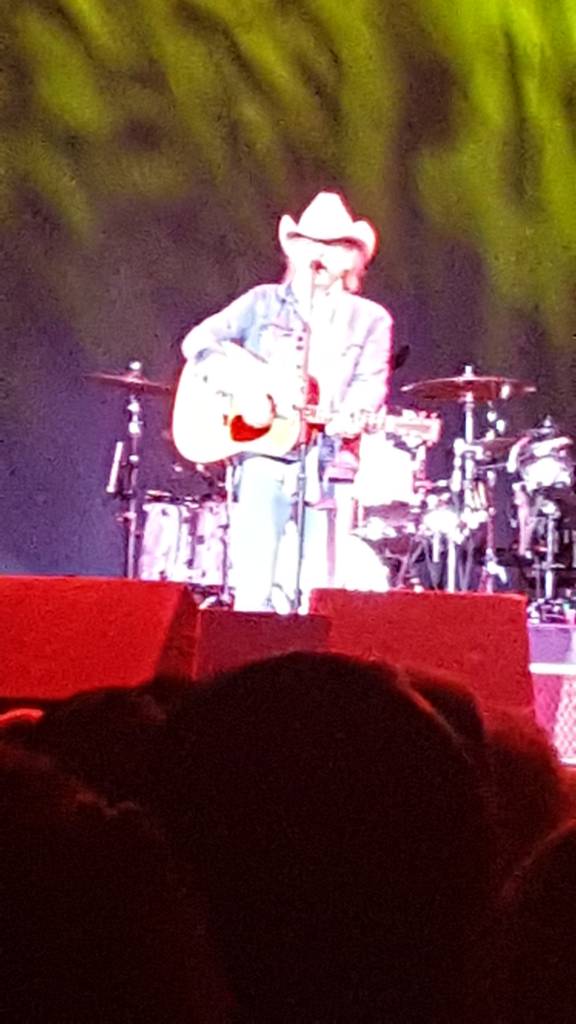 Sent from my SM-G920V using Tapatalk
Click to expand...

Lucky you! Sadly, we missed him when he came through recently. He puts on a good show. And deserves more hype in the world of country music today. 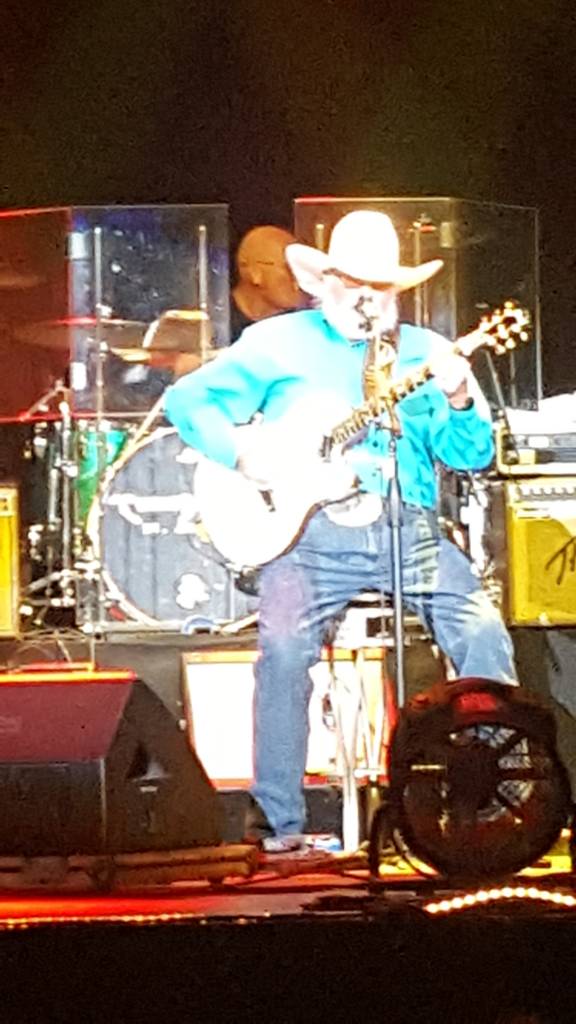 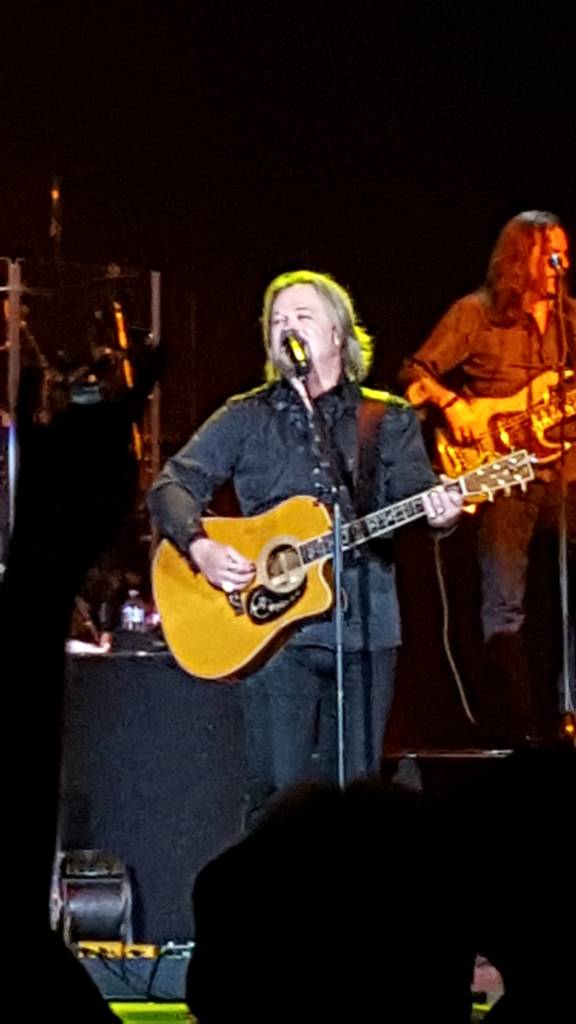 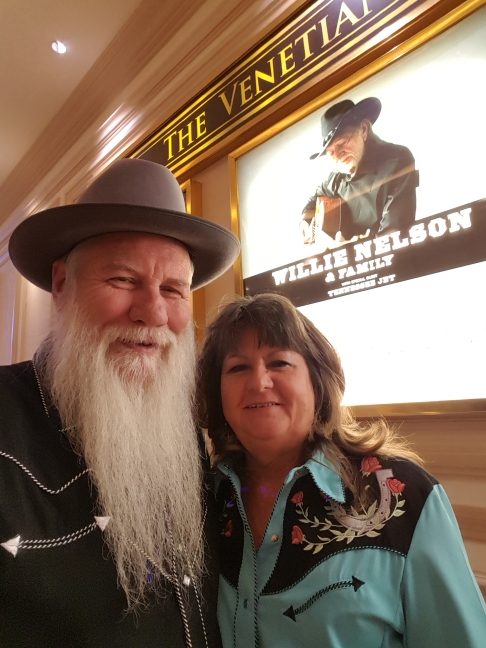 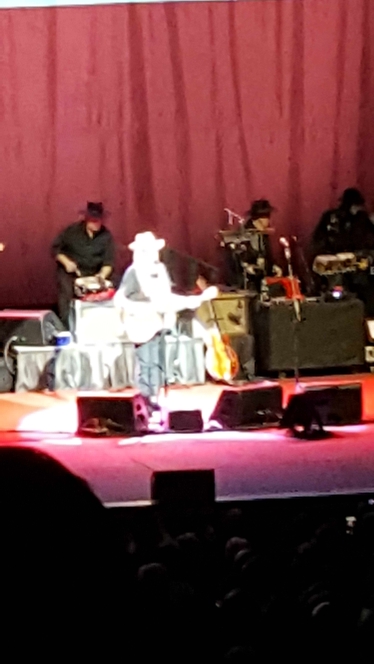 You both are stylin'! Willie almost looks like you with that lighting.

BobHufford said:
You both are stylin'! Willie almost looks like you with that lighting.
Click to expand...

Sent from my SM-G920V using Tapatalk
Click to expand...

Great pic of you and your lady Ed.
Fun times!
B

AbbaDatDeHat said:
Great pic of you and your lady Ed.
Fun times!
B
Click to expand...

Thanks Bowen! We had fun!

Elvis Cantu at The Shady Lady a few weeks back. A very entertaining rockabilly band at a top notch venue. One of the coolest venues I have been to to date.

A couple of weeks back, The Reverend Horton Heat, The Paladins, Deke Dickerson, and The Buttertones. A great lineup and show. I ran on adrenaline at work the next day. This is from a 1987 brochure for Disneyland--what a lineup and came with the price of admission! I saw Tex Beneke at the Carnation Plaza--while most of my friends were going to see Springsteen (okay, I did that, too) I was dancing to big bands....

Over a year since I was last at a 'real' gig, though on Saturday night I did get to see a live-online session with David Bedella, a multiple-Olivier-Award winning actor from London's West End. Tremendous singing voice, great show.

Big Bad Voodoo Daddy last night in Napa. What a great live show. It was one of the best I have ever attended. Great energy. So much better live than any recording could ever capture. Wow!

ONe of our historical neighborhoods - St/ Anne's Hill just east of downtown - hosts "Porchfest" every summer. Porchfest features about 40 local musicians who set up on the front porches of houses in the district and play a one hour set. Last evening, I saw one of my best friends, Bob Dellaposta, perform. Accompanying me were some of my, and Bob's, oldest friends. We've known each other for over 40 years. I would be remiss if I did not also mention Bob has a new CD available. http://bobdellaposta.com/

We saw the Glenn Miller Orchestra (back in July) at the beautiful Paramount Theater in Anderson, Indiana. The band was great (as usual) but the theater was absolutely amazing. In what was simultaneously a return to high school, a bittersweet good-bye, and a bit of music history as far as anyone can tell, Genesis, for my first time seeing them live, the last time I will see them live, and likely their last Canadian concert ever.

The very first concert Genesis played with Phil Collins on lead vocals after Peter Gabriel left, was in London, Ontario in 1976. Collins was 25.

45 years later，at the Scotia Place Arena (formerly the Air Canada Centre, aka the place where the Maple Leafs and Raptors play), a 70 year old Collins, sadly quite ill over the last 12 years or so, sat and sang a fantastic set.

Mike Rutherford and Tony Banks, a year older, were fit as fiddles and brilliant. On drums, Phil's just turned 20 year-old son Nicholas - fantastic. What a talent.

The classic trio, playing a set of both 80s hits and 70s (even a few Gabriel era classics), a bitter sweet send off.

Collins's frailty did extend a point to his vocals at times, but skilled back up singers did assist as and when needed.

I just set up my sound system, and brought out my 45s.

Among them, a single I had forgotten.

The classic (to me, but I love it) - Illegal Alien.

Don't remember the name properly but it was an event hosting to help those who are fleeing from UKRAINE.

Help with finding some jackets?
2 3